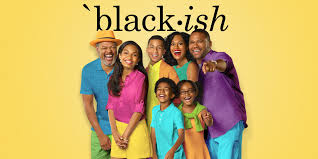 This past Monday, Andrea Peyser of the New York Post published an article claiming the show Black-ish perpetuates racist stereotypes of Black people.

Among other ridiculous things like quoting Donald Trump and talking about her daughter’s one Black friend, Peyser says, “In the world of “Black-ish,” well-to-do black people are not black at all. They’re “black-ish.’’ All this is played for yuks.”

Many people share her frustration with the show. Many think her article is absolute garbage. Here is a breakdown of the viewpoints on this topic:

Among the show’s detractors—the most vocal ones being White—there are two common criticisms of Black-ish. One is that the show is recycling Black stereotypes, like the idea of Black people in a higher socioeconomic class being “less Black”. The other is, well…IT’S CALLED BLACK-ISH SO IT’S RACIST.

In all seriousness, the most popular tweets criticizing the show frequently refer to the show’s title as the primary cause for concern. When the actual content of the show is mentioned, there seems to be a misunderstanding as to what is actually portrayed in the show (certainly not racism toward White people):

Black-ish is not offensive. Stop talking.

Generally speaking, Black viewers are comfortable with the representation of the characters in Black-ish. The show is based on the creator’s authentic experiences, and the issues raised in the show are real issues within the Black community.

Let’s list some of these issues: how elevated socioeconomic status challenge’s a Black person’s self-understanding; the conflict between Black adults who grew up with race at the center of their universe, and Black children who barely factor it into their lives; why urban (i.e. Black) influence in American pop culture is seen as appropriation by some and a zeitgeist by others.

All of these issues are unique to the Black community. Who is Andrea Peyser to say the show does nothing but perpetuate stereotypes when the stereotypes referenced in the show are only one aspect of a larger discourse on the Black American family experience?

Some very strong responses on the matter:

This tweet captures another popular response supporters of ‘Black-ish’ have for the show’s critics: Some White people are simply upset when a show focuses on the social experiences of non-White people.

Supporters of the show see the play on stereotypes as a way to highlight issues in the Black community that go unnoticed by the American mainstream. More importantly, they think people like Andrea Peyser have no business commenting on how the show is offensive to Black people.

The point about White people feeling offended, maybe even neglected, by the presence of shows like Fresh Off The Boat and Black-ish is poignant. When White people consider significant social and cultural phenomena “racist” for revolving around non-White people, it speaks volumes as to how dominant White narratives are in American culture.

Racial minorities have to constantly deal with stereotypes of their racial group. Speaking as a racial minority, internal conflicts and conflicts between family and peers about what it means to be of a certain race or ethnicity are common. Historically, the racial category of Black is tied intimately to lower socioeconomic class. Any Black person trying to exist in a higher part of society, even if born into a higher class, has to constantly deal with the bullshit depicted in Black-ish.

People have similar things to say about Eddie Huang’s Fresh Off The Boat, a show based on Huang’s cross-cultural experiences with his Taiwanese-American family. A lot of the criticism Huang gets for Fresh Off The Boat is the same shit Black-ish receives. Among other things, it’s White people telling him that his show is racist and perpetuates stereotypes.

Here are two of his responses curated on an Upworthy article:

“Don’t tell me what needs to be offensive to me.”

Huang shuts down the ridiculous notion of White people policing non-White racial sensitivity in one sentence.

Brilliant response #2: “I can only speak about the things I know.”

Critics referred to the portrayal of Eddie’s mother in particular when saying the representation of the Taiwanese-American experience on the show seems stereotypical. But Huang’s mother has a strong accent according to him, and a lot of the racial awkwardness and stereotype-based jokes are indeed a part of the minority social experience in America.

Kenya Barris, the creator of Black-ish, has also based his show on personal family experiences. Here is a quote from a Black-ish review article on The Independent:

“My daughter was trying to describe to me a kid in her class,” he said, “and she’s going on and on, and finally I had to stop her and say, ‘Are you talking about the only other little black girl in your class?’ And she was like, ‘Oh yeah, I guess so,’ and I was like, ‘Well why didn’t you just say that?’ I looked at my wife and she was like, ‘Isn’t that beautiful? She doesn’t see color!’ And I was like, ‘No, that’s ridiculous’.”

A couple of major themes in Black-ish can be picked out of just this one quote about Barris’ experience with his daughter. These themes are very relevant, and criticism in the same vein as Peyser’s is only due to the show’s unabashed presentation of a contemporary Black family.

Based on reactions to shows like Black-ish and Fresh Off The Boat, it is clear Americans are still uncomfortable seeing the social problems of non-White people being seriously touched on in any form of media. These shows push the nation forward by simply existing, but also by providing more authentic representations of underrepresented racial groups without generalizing their experiences.