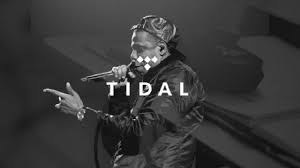 On January 30th Jay-Z purchased Aspiro, a Swedish tech company that runs two streaming services: WiMP which already has 580,000 paying customers, and Tidal, the service he has now relaunched with a group of 16 highly influential artists joining him as owners.

At a glance, the announcement of an artist-owned streaming service is phenomenal. Any money made off of our consumption via streaming will be going directly to the artists that we love and support. But a looooot of people are not convinced by the innocuous “By artists, for artists” mission statement the TIDAL owners pitched.

This one is real af:

As far as the consumer goes, Tidal’s unique services are not much of an upgrade from Spotify. Not to mention you have to pay for them.

One highly touted feature was the top-flight audio quality. The difference between Tidal and Spotify audio quality is reportedly negligible, even unnoticeable to many:

Another feature of Tidal is the exclusive content from the world’s most popular artists, including behind-the-scenes videos and interviews. Is it worth a membership to get to this content?

For instance, Beyoncé debuted the song “Die With You” on Tidal today around 3 pm CDT. Several YouTubers leaked the exclusive video and they lasted on YouTube for 15 minutes before being taken down due to copyright issues. One full video + audio leak remains two hours later, with a couple of rough audio leaks still around.

With such easy access to the biggest performers, it is only a matter of time before Tidal provides content too high in quality and/or exclusivity to be properly consumed through simple leaks. This is a feature that might prompt a significant number of subscriptions.

The possibility of the best streaming service option not being free sucks. But please people, let’s be realistic. Do you know what is being asked of a streaming company when completely free service is demanded?

Let’s take a look at SoundCloud for example. The company is at a point financially where it simply can’t operate for free. In 2013, its net losses grew 2x faster than its revenue. With all of that traffic and the costs of maintenance plus royalties to pay, revenue has to come in somehow. As a result, SoundCloud now has to introduce advertisements into its space.

2013 revenue for Spotify was 746.8 million euros, but a fat 80% of it went straight to royalty fees. Yes, that shit is expensive. Running a truly free streaming service available to the masses is impossible. Period.

Behind the scenes Lucian Grainge, head of Universal Music Group, has been vocal about labels finding a way to monetize popular streaming services such as SoundCloud and Spotify. He’s been plottin’ on Soundcloud for a while now, and you can watch this full Code/Media interview from last month where he goes into more detail about the inevitability of paid streaming services.

Industry executives move in silence and plot all the time. The uneasiness felt by people at the sight of super rich artists getting together to own Tidal is valid. However, many of the same people presumably aren’t up on what Grainge and his cohort of even shadier, richer industry folk are doing.

I think it is extremely beneficial that real contributors to the body of pop music have more direct influence in its distribution and representation, especially in hip-hop. If my money is going straight to people who control the distribution of pop music, I’d rather it be Jay Z than Lucian Grainge, Lyor Cohen, or some other label head that has done nothing but take money from the culture.

As a user of free streaming services, I feel people who don’t want to pay 10 bucks to listen to music of the same quality that can be found anywhere online. But even the stingiest of consumers have to come to grips with the reality of the music industry. Why don’t we admit we’re spoiled as it is for having the ability to own and share multi-million dollar productions and expect it to be our right to do so?

Long story short, the industry seems like it is trending toward paid streaming services. If that’s the case, I’d rather give my money to artists who have become executives than to executives that have done nothing but capitalize on consumers without contributing to the culture for as long as they have been in the game. I predict the impact of Tidal’s services will be larger than what it currently seems to be.