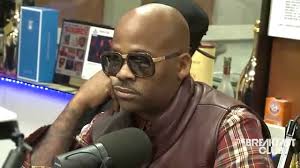 It’s painful how hilarious the jokes are from the recent Dame Dash interview on the Breakfast Club:

Hilarity aside, the running themes of ownership and economic power throughout the interview were very relevant topics and Dame’s comments deserve a thoughtful look.

These questions are from one of several intense back-and-forths between Dame and DJ Envy. From Envy’s perspective, having a job that he likes plus owning shares in the company he works at was enough for him to say he could provide for his son. From this perspective, Envy is absolutely right. His household will not lack bread on the table or ever be in jeopardy as long as Envy stays where he’s at. But let’s look at this with Dame’s ‘boss’ lenses and understand what he’s saying about Envy’s position:

“They don’t understand that they can have more, and because of direct-to-consumer relationship, the Internet, there’s no excuse (for having a boss).”

In response to the suggestion that working at a company is a reasonable start on the road to economic independence, Dame quickly shoots this down saying that the notion is outdated and makes people complacent. Sure, acquiring the financial capital necessary to make initial investments might require working under somebody in one form or another, but there is no denying the accuracy of Dame’s insights.

Many people took offense to Dame’s comments because they came off as shaming those who work under people, but the core of his message is that a person cannot build upon their work if their work is going toward something they don’t own. Period. Even if he may have been aggressive, the content of Dame’s message is strong encouragement of the entrepreneurial mindset/lifestyle. Despite the clowning, many on Twitter resonated with Dame’s words while acknowledging the flawed delivery:

Another thing about Dame’s interview that I found interesting was its similarity to Kanye’s 2014 Breakfast Club appearance in terms of content and atmosphere. It isn’t very surprising given their history together that Dame and ‘Ye share similar perspectives on what success in life looks like. Both interviewees were saying very poignant things but their aggressiveness plus the difficulty of communicating their standpoint to the hosts who clearly were not seeing things from their perspective made for a bunch of foolishness.

I think it is important that notable figures in hip-hop are shedding light on the real implications of industry inner-workings. There are corporate issues that we as urban culture consumers should be more invested in learning about, and it helps to hear accomplished insiders giving us knowledge we rarely have access to.