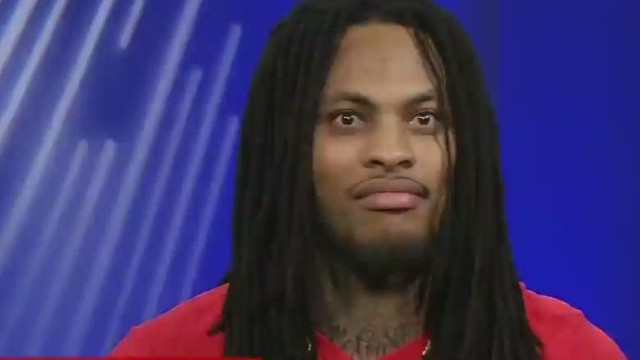 Yesterday on MSNBC’s ‘Morning Joe’ show, a panel discussion was held about Oklahoma University’s Sigma Alpha Epsilon members’ racist chant. Several claims were made by the panelists regarding the role Waka Flocka—who canceled an upcoming show at the frat after the video leaked—and hip-hop as a whole may have had in influencing the use of the n-word by the SAE members in the video.

Notable claims made during the discussion include the suggestion that Waka Flocka’s music influenced the OU students because they were simply repeating what they hear in music and a condemnation of Waka Flocka himself saying he’s in no position to be upset about the racism demonstrated by the frat. Joe Scarborough said Flocka, “…shouldn’t be disgusted with [the students], he should be disgusted with himself,” regarding his lyrical content and supposed influence he had on the SAE members, which the panel agreed with.

Also on the topic of Flocka’s music, Mika Brzezinski added, “If you look at every single song — I guess you call these — that he’s written, it’s a bunch of garbage.”

First of all, Flocka saying ‘nigga’ in the contexts he uses the word in does not translate at all into White students chanting about hanging Black people from trees and excluding them from the frat because of their race. Gladly, panelist Willie Geist pointed this out before the rest of them could continue with their anti-hip-hop rant.

Secondly, it’s one thing to pose the argument that the use of ‘nigga’ in hip-hop might influence its listeners to say it, but it’s another to persistently degrade Waka Flocka and convince people of his music’s inferiority simply based on some lyrics you printed out. This is not an argument for Waka Flocka as an artist, it is a criticism of the quality of their remarks. If you are going to suggest that Waka Flocka’s music was a factor in the actions of the SAE members (extremely flawed to begin with), then please, Mika and Joe, do more to highlight the content instead of wasting your time with snide remarks and disparaging comments about the quality of Flocka’s music or about Flocka as a person. Not only do you both lack the familiarity with hip-hop culture necessary to even evaluate what you may have heard or read, but those points were IRRELEVANT to the discussion at hand. Just the fact that anyone on that panel thought they could get away with diverting the criticism away from the SAE members, even if just for a moment, is foolish.

Ms. Brzezinski went on another MSNBC program that day to clarify her comments. She said he was “in no way to blame for what happened on that bus,” but insisted his music contained, “violent, racist lyrics”.

Folks on Twitter weren’t goin for this bullshit, responding with the highly satirical #RapAlbumsThatCausedSlavery hashtag. This brilliant trend consisted of tweets with fictional hip-hop album names meant to evoke America’s history of slavery in order to jokingly suggest that hip-hop is the reason for the SAE members’ racism rather than American society, the obvious culprit. The last one is probably my favorite, but they’re all good: