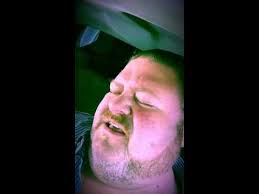 An honest, self-identified redneck took to YouTube recently to get real about racism.

The man has since been identified as actor/filmmaker Jorge Eugene Moran. He introduces himself on YouTube as Dixon White, however. It appears he has been using the character of Dixon White to make his statements on White privilege more provocative by delivering them through an apparently staunch Southern conservative figure.

The five and a half minute video is a thoughtful scolding of White people on the responsibility they must take in order for racism to be truly defeated. He first acknowledges his past as a racist, but then proceeds to go in.

The video’s call to action is to get White people to take the Dixon Challenge: an honest declaration acknowledging how all White people benefit from White supremacy and that they must be responsible when it comes to racially charged issues.

Based on quips like “Don’t get defensive!” and “I know we all suffer”, it seems like Mr. White has had his fair share of conversations with stubborn White folk about their privilege. It’s fucking wonderful to see this man repeat what people of color have been angrily shouting out for an eternity. Yes, the “White Savior” complex is detrimental in many ways, but it doesn’t make this video any less refreshing.

People have already begun to respond to the challenge with videos about their introspective experiences in struggling to get rid of racist beliefs. I do not think this trend’s longevity will be any greater than other social justice trends we’ve seen in the past, but what it is asking people to do is far more poignant.

He’s not just asking White people to simply acknowledge racism as an issue. Mr. White is demanding White people to see their complicity in it, regardless of their awareness of it. It’s the kind of blunt yet reasonable message that seems like it can have a real effect on White people who view the video.

Regardless of where this trend goes, it’s great to see his statements being taken seriously.