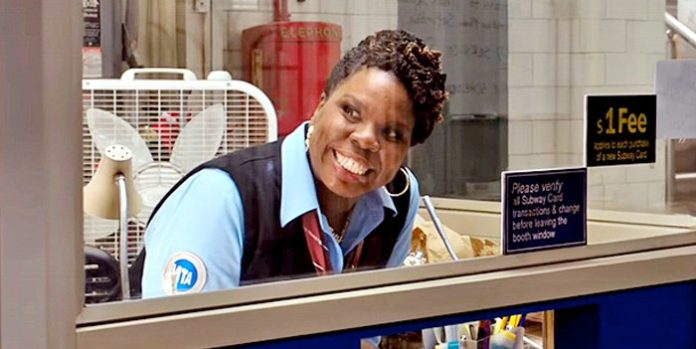 Another stereotypical role for a Black actress, or nothing to worry about?

The new Ghostbusters film is being led by an all-star cast of women including Melissa McCarthy, Kristen Wiig, and SNL’s Leslie Jones, who happens to be the source of all the controversy for being cast as a boisterous Metro Transit worker instead of a scientist.

Where do people land on this issue? Do people even agree that it’s an issue?

Here’s a summary of viewpoints across the Internet.

Despite issues of Black representation in film, a lot of folks think Leslie Jones’ role is a. realistic and b. not a big deal. Like, it’s Ghostbusters, chill.

@Lesdoggg still plan on seeing the movie despite of what people are saying I don’t care if the jokes are cheap it’s still a movie people.

@Lesdoggg I don’t care if you’re working at MTA or on MBA, I am fully confident you’re going to give me belly laughs for days.#Ghostbusters

Also, there’s an obvious parallel that the casting of this version of Ghostbusters creates with the original. In the 1984 film, the first recruit of the three scientists was Winston Zeddemore, played by Ernie Hudson. Winston, like Patty in the reboot, was an intelligent Black adult with no scientific background who was more relatable to viewers than the other three Ghostbusters.

The casting and plot of the reboot seem to stick to the original makeup of the story. Doesn’t seem like Jones was being slighted when this is considered.

Along with the sensible casting pattern, Leslie Jones herself seems bothered by the accusations of her role being stereotypical. In particular, she took offense to the perception of an MTA worker as lacking in value and social status.

Regular People save the world everyday so if I’m the sterotype!! Then so be it!! We walk among Heroes and take them for granted.

I’m playing a hardworking woman.The regular one that rep the people. You guys are the racists by labeling her a lowly MTA worker.Not me

Oh, and not to mention, the role of Patty was originally meant for Melissa McCarthy according to director Paul Feig. Hmm…

Many cited implicit racism as the reason for their grievances over Leslie Jones’ casting. At the heels of the latest uproar over the Oscar’s racial homogeneity, a lot of people are not feelin’ the one Black lead actress being something other than a scientist in the film.

Is everyone so faux-ecstatic with nostalgia that no one is disturbed by the stereotype role Leslie Jones is resigned to in ‘Ghostbusters’?

Some even consider Leslie Jones’ character a step backwards from Ernie Hudson’s role in terms of Black representation.

As explained by Akilah Hughes in this YouTube video, a loud personality and street smarts being the prominent characteristics of the one lead actress of color is highly suspect. Regardless of intention or circumstance, the first impression Jones’ presentation leaves is steeped in racial politics.

Sure, being an MTA worker full of personality isn’t a bad thing. But when the most lauded performances from Black leads in the past several years are from movies about the Civil Rights movement and slavery, it’s understandably disheartening to see a prominent Black actress play an outrageous sidekick.

From that perspective, Leslie Jones’ impact on the movie coming in the form of loaning a Hearse and bitchslapping a ghost out of someone isn’t all that funny.

Jones is certainly aware of how her role can be interpreted, but does it make it less problematic? The times we live in certainly won’t let something like this slide without a second look.

Both of these viewpoints are valid. No blockbuster film operates in a social vacuum, but not every casting decision makes or breaks Hollywood’s trend of poor Black representation.

I resonate strongly with an article by Tyler F. on Sharctank which effectively highlights the most convincing points from either side of the debate.

The racist-or-not approach to this conversation makes it, in Tyler’s words, “reduce the possible outcomes to “good” or “bad”…and Patty could be a great character in certain areas while failing in others.” The polarizing nature of controversies such as these doesn’t leave room for more moderate stances like Tyler’s, yet they still exist.

I can be excited for #Ghostbusters to have a great female cast AND also concerned about the racist treatment of Leslie Jones’ character.

Okay. I thought the Ghostbusters trailer was SPOT-ON, except I hope Leslie Jones gets to shine and be smart, too. Otherwise, KILLER.

For even more perspective, Ana Defillo of NTRSCTN spoke with four Black comedians, including previously-featured Akilah Hughes, about the film’s trailer.

Though there was a consensus disappointment in Leslie Jones’ character being, “lesser than,” both Monique Moses and Jonathan Braylock of the improv comedy group Upright Citizens Brigade consider the character Patty to be valuable and playing to Jones’ strengths as an actress.

Issues of media representation will continue to be sensitive in the American mainstream. As long as there are people who think Black Lives Matter is a terrorist group, and a group of people large enough to keep someone like Donald Trump relevant, the way underprivileged social groups are portrayed in American media will greatly matter.

Shouting accusations of racism at every questionable film is doing a lot, and ignoring race in media is just irresponsible. But having polarized viewpoints clash on the Internet usually brings about a more wholesome perspective. If people will actually move toward that perspective anytime soon, however, is a different conversation.

Check the trailer out if you haven’t yet!