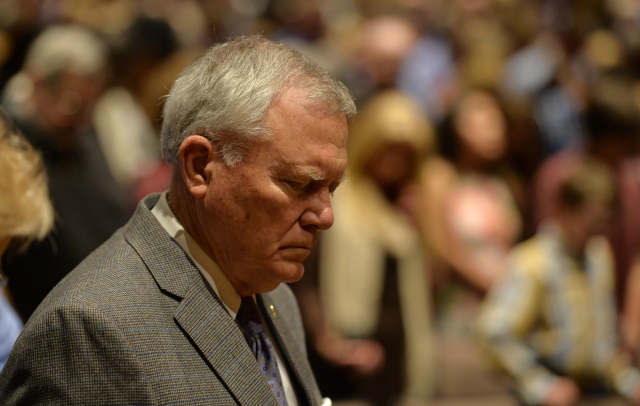 As of yesterday, anti-gay now means fuck the NFL, Disney and Marvel.

Not that Governor Nathan Deal (pictured above) wants to say those things. But he might as well be should this latest piece of proposed legislation pass in the state of Georgia.

Heard of all those recent “religious freedom” bills that are up for approval?

House Bill 757 is the latest of such bills to pose as a protection of all those righteous, faith-based organizations that just want to deny services and employment to people who, “violate such faith based organization’s sincerely held religious beliefs,” according to CNET and various other sources.

Between harmful changes to the Voting Rights Act and legal anti-gay hiring discrimination still existing in 28 states, it isn’t a surprise to see thinly veiled discrimination in proposed legal changes such as this. What makes Georgia’s case special, however, are the potential consequences of passing the bill.

Guardians of the Galaxy Vol. 2 is currently filming in Pinewood Studios near Atlanta, and Disney and Marvel have expressed displeasure with the bill’s proposal.

Should Governor Nathan Deal allow the bill to pass, Disney and Marvel are planning to take their business out of the state of Georgia.

Oh, and not to mention the Super Bowl might not be hosted in Atlanta anytime soon should this bill pass. In two months, NFL team owners vote on the locations for the game in the years 2019-2021. Atlanta Falcons owner Arthur Blank came out strongly in opposition to the bill shortly after the NFL’s threat against the city’s Super Bowl eligibility.

Sorry Kim, it’ll only happen “under God’s authority,” you know?

Say what you want about the importance of American football or superhero movies. It means a lot for large corporations to dissociate themselves from a political attitude. The NFL, Disney and Marvel are actively saying the value of what they create is not to be aligned with discrimination based on sexual orientation. These enormous American entities are sending the message that homophobia is not American.

Culture reflects society, and influencers such as the NFL, Disney and Marvel opposing anti-gay laws is reflective of a serious shift toward inclusiveness in the United States.