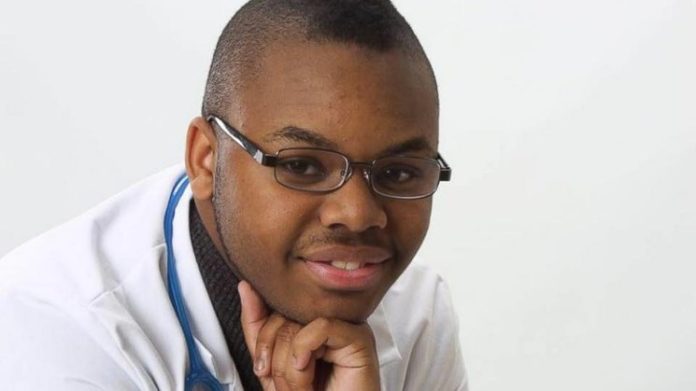 That cheesin’ ass boy pictured above is Malachi “Dr. Love” Love-Robinson, also known as the Florida teen doctor. After being arrested for practicing medicine without a license, various images and memes have made the teen doctor’s story viral.

Florida is known, and certainly knows itself, as a land of peculiar, unique, and simply dumb criminal activity. The Sun Sentinel, Broward County’s daily newspaper, has even dedicated a blog titled ‘FloriDUH’ to the strange shit that happens in Florida on a regular basis.

I’m not here to support fraud, or theft, or shirking of ethical medical practices. But between police brutality and the never-ending vilification of Black children in America’s mainstream media, it oddly warms my heart to see a Black child arrested for attempting to pass as a legit teen doctor. I’m certainly not the only one strangely impressed by it.

Let’s just look over Dr. Love’s credentials: founded New Birth New Life Medical Center & Urgent Care, received a $10,000 investment in the practice from a business partner, staffed it, and created a website for it containing a bio of his supposed medical track record. And this is all after a month-long stint masquerading as an ob-gyn at St. Mary’s Medical Center in West Palm Beach. Persistent! 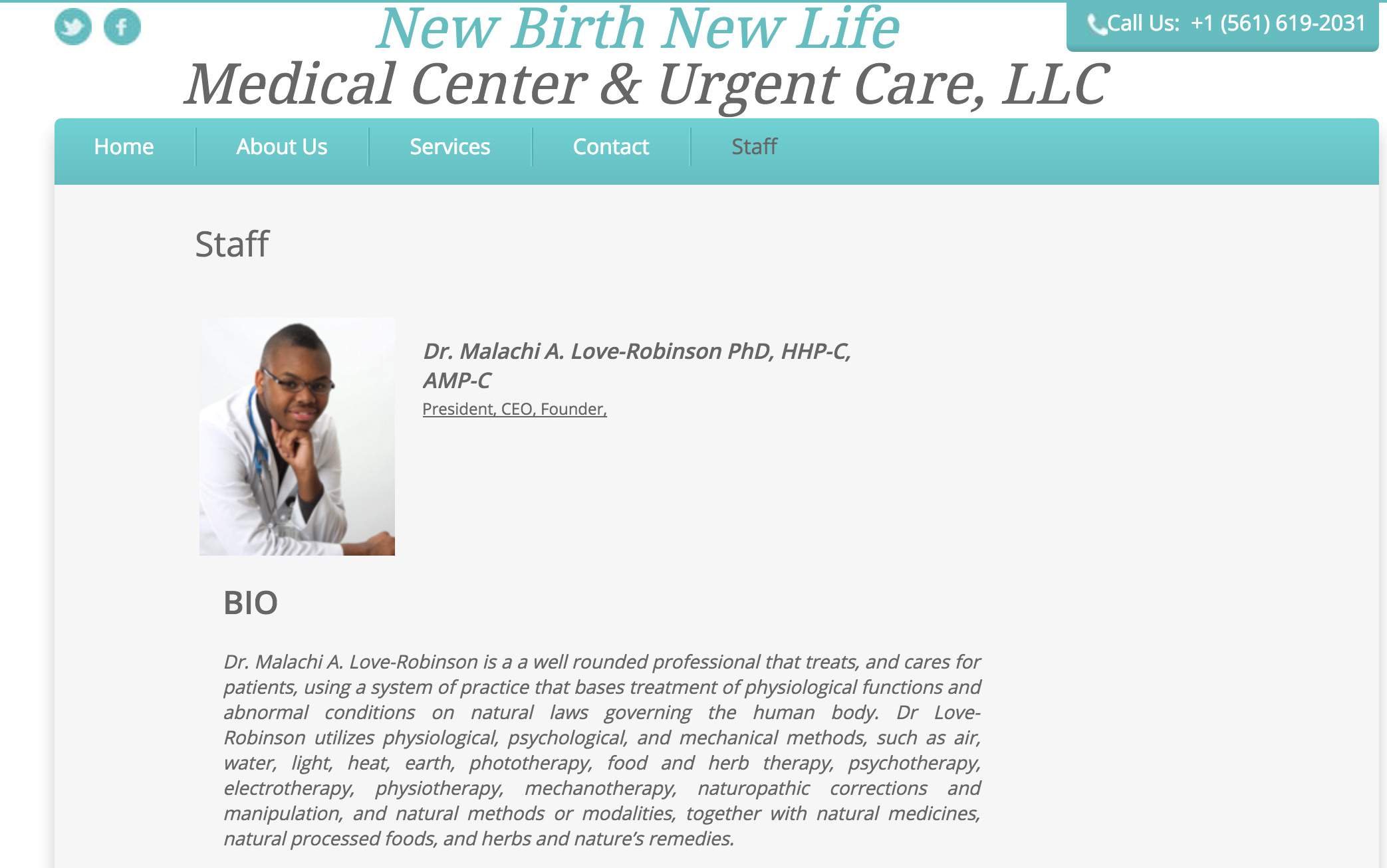 But the thing is…

As much as I want to believe he simply did well posing as a medical practitioner without credentials, those weren’t the only things he lied about. Malachi also claimed to be an ordained minister at New Birth Outreach church with the following credentials: “…an Honorary Doctoral Alumni in the ULife Church as we’ll [sic] as COGIC and specializes in philosophical theology, religious epistemology, and Christian apologetics,” among other things.

Oh, and he allegedly stole checks from an 86-year-old woman’s purse after treating her for severe stomach pain and getting her into an ambulance. Not so wonderful.

So what should we think?

Between the thoroughly-researched role as a naturopathic doctor, the convincing professional conduct, theft, and the strange need to flex theological credentials, I’m lost.

According to an article on Heavy, Love-Robinson never operated on anyone as an ob-gyn. But he was arrested after giving an undercover cop a physical examination at New Birth New Life. Though he managed to avoid diagnosing and treating patients for the most part, his willing engagement in hands-on treatment is of ethical concern.

Another concerning thing about the case is how ready Malachi is to defend himself from opposition. If you haven’t already seen clips of the interview he did on Good Morning America, watch it here. Before ultimately cutting the interview short, take note of his composure and clever yet obvious evasiveness when asked direct questions about his credibility:

It’s troubling to see someone so entrenched in lies. It leads you to believe that there’s more to it than a deep aspiration.

But I’m not here to psychoanalyze Malachi. Nor am I here for troubling comments like “Future serial killer” and comparisons to Martin Shkreli on YouTube. It’s one thing if you are upset about the ethical issues in this case, but it’s another to find delight in simply exposing someone.

But here’s a thought

Along with the shock and awe of knowing an 18-year-old could pull this off, the story is wonderful because it’s a great example of a case where restorative justice could work.

The Centre for Justice and Reconciliation defines restorative justice as, “a theory of justice that emphasizes repairing the harm caused by criminal behavior.”

The goals are to repair harm caused by a crime, allow the most harmed victims to confront the wrongdoer, and reach an understanding between the two parties. The expected results are agreed-upon terms of reconciliation and healthy reintegration into the community.

Instead of making someone like Malachi a felon, how much would it really take to confront him about his behavior? Even if people are right in speculation about his mental health, why aren’t facilitated meetings between him and his former “colleagues” being held? Why isn’t the aim of redirecting his intelligence valued over giving him jail time and a criminal record?

Plenty of research indicates restorative justice reduces the rate of repeat offenses among juveniles. A University of Wisconsin study on Barron County, WI in 2007 found rates of arrest and violent crime among juveniles both decreased by nearly 50 percent after the use of a restorative justice system. The approach has also shown lower rates of repeat offenders in Canadian studies.

And teen doctor over here is no violent criminal. He could be a pathological liar. He could have multiple personality disorder. He could just be thirsty as all hell for success and status. But does he really deserve the disenfranchising, ball-and-chain label of ‘felon’ on his name?

With all that being said

I just wish violations of the law were not seen in such black-and-white ways. I’m not just championing restorative justice so I can see the teen doctor become a real doctor. Using this story to talk about the viability of restorative justice is just a lot more fun for me and entertaining to you, the reader, than diving into the deep-rooted issues of the United States criminal justice system.

Thought it’s a lot harder to see the potential in juvenile criminals you see on your nightly local news broadcast, perhaps you’ll think something other than, “Lock his ass up!” next time.