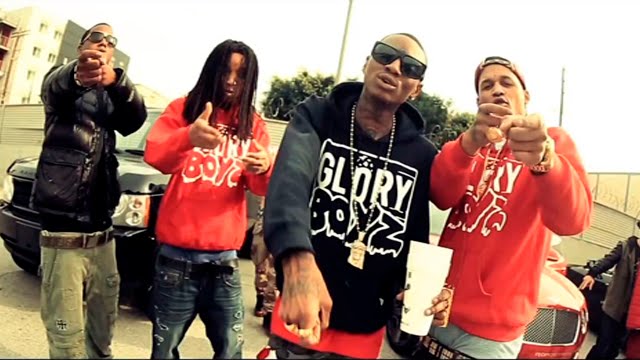 Soulja Boy is unforgettable. Roll your eyes, get hit with nostalgia, whatever. Soulja Boy’s contributions to popular culture, summarized well by this DJBooth article, are undeniable.

Unfortunately for him, he wasn’t able to ride or create waves after pioneering Internet use in the music industry with his gold-medalist 100m dash of dance hits.

See the thing is, you have to be better at riding waves than creating them to be a successful commercial face in hip-hop.

Drake, for instance, has yet to fade because he’s been able to keep himself afloat long enough to change up his approach. When he’s not creating a moment, he seamlessly slides into another one. He can siphon momentum from ILoveMakonnen and turn the buzz into a platinum mixtape/album.

Cryptic IG posts and a collaborative album where Future does most of the work have also made him inescapable as we continue to wait for Views From The 6.

But not every pop/hip-hop sensation knows how to take advantage of their position.

DJ Unk and Yung Joc didn’t have the longest careers after churning out huge singles. And despite early successes, we all know about Ja Rule’s notorious crossover attempt into pop stardom.

But Soulja Boy’s decline is unique. By unique I mean the shit is really funny. And not like, “Haha, fuck Soulja Boy” funny. More like, “Fam, what are you doing?” funny.

First there were several collaborations with Lil B that ended in a temporary rift between the Based God and drew the ire of BasedWorld. The perceived disingenuousness of Soulja Boy’s work with Lil B continues to linger in the minds of Lil B fans:

Technically, Soulja Boy is the original fake based.

“@souljaboy: Anything can be done.” Not when you’re fake based soulja .

The most substantive of these joint offerings from hip-hop’s social media princes is their 2010 Pretty Boy Millionaires mixtape.

And you gotta peep “30 Thousand 100 Million”. Between all the ‘Woo!’ and ‘Swag’ ad-libs and the countless “Word around town…” lines, Soulja Boy was basically trying to morph into Lil B for quite sometime.

That’s probably goofy enough if you haven’t really paid attention to Soulja Boy since 2008. But that’s not even the most strange alliance he made on the quest to regain his relevance.

Starting with a remix of “3Hunna”, Soulja Boy aligned himself with Chief Keef and other Drill music frontrunners in 2012. People that probably gave no fucks about cranking dat at any point in their lives.

It’s one thing to try and mimic the one and only Lil B, but Soulja Boy in Drill form is something else entirely. Aiming an AK at a fuck nigga’s mouthpiece and setting hits up on people is a long cry from waving “What’s up?” to your neighbors.

In other words, going from this…

is difficult to pull off convincingly.

This too was short-lived. A number of petty incidents between GBE affiliates and Soulja Boy including an argument over a snatched chain resulted in threats, and ultimately the end of any Drill music from Soulja Boy.

This is not going at Soulja Boy’s authenticity. I couldn’t care less if his lyrics on “Turn Up” were meaningless threats. But looking at these attempts of Soulja’s to ride trends in hip-hop says a lot about what it takes to remain relevant in this culture.

To use Drake again as a successful example, he was able to piggyback off of Trap music’s biggest star in 2015 by staying in his pocket of strip-club feels and wealth, and smoothly drawing ATL lingo into his world. He was never caught trying too hard to be a part of Future’s world.

Not to mention when Drake does try to sneak into a big name artist’s show, he actually builds rapport with the person who’s shine he’s about to steal. I get that he has been accused multiple times of predatory co-signs in the recent past, but hear me out.

Before “Who Do You Love?”, Drake was watching YG perform in Los Angeles according to YG in this Breakfast Club interview (skip to 4:35). He also showed up to shoot the video for “Ima Real 1” (first clear sighting at 1:05).

His relationship with Future goes back even further, with years of studio time and chemistry turning into features on songs like the “Fo Real“, “Never Satisfied”, and all the 2015 joints you’ve come to know and love.

In other words, Drake didn’t put himself in Future’s Maison Margiela shoes and sell crack and shoot people for the sake of the collaboration. Instead he decided to ride in the passenger seat on the way to Magic City, take the aux cord occasionally (“30 For 30 Freestyle”), and talked his own shit but in Future-esque ways (i.e. “Jumpman”, “Digital Dash”).

And in the off-chance he does say something unlike his usual self (i.e. “We got purple rain for the pain” in “Scholarships”), Drake’s already done enough to convince his listener he’s not stretching himself. Not to say everyone readily accepts Drake talking about lean and gang shit, but it never seems as forced as Soulja Boy being buddy-buddy with Fredo Santana while holding a double-cup in a music video.

Blowing up in hip-hop means you are all over the place. Continuing to be all over the place requires crazy effort. Ultimately you can go the Jay-Z or ‘Ye routes and work on new ways to influence culture. But as someone still enraptured in “the game”, a certain cultural finesse is required.

Despite Soulja Boy’s lasting influence and wild success late in the 2000s decade, he chose some difficult waves to ride and wasn’t graceful enough to avoid wiping out. But I’m thankful in a non-petty way.

The existence of the pop/hip-hop superstar helps us become aware of the subtleties that make popular culture what it is. It raises questions of authenticity and social shifts that we otherwise may not see.

Waves will always trump our favorite cultural surfers eventually. But it’s always fun to see people try to ride them, no matter how long they manage to survive.