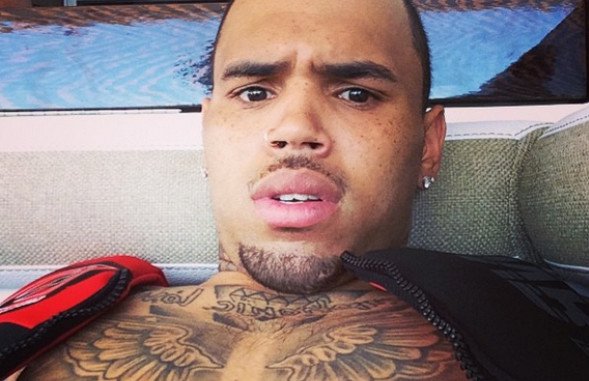 Almost half a million tweets, and counting, have poured in about the Chris Brown standoff with Los Angeles police. When you search the keyword “Chris Brown” in Twitter’s search engine, the most influential tweets about the controversy are from the following sources:

The details of the situation also provide little context: there was a standoff, Chris Brown threw a duffel bag of drugs and weapons out of his place, and he apparently pointed a gun at the woman who gave the tip to police to investigate.

These facts give us more questions than answers. Why were there helicopters? Why did Chris Brown point a gun at a woman? What do drugs have to do with any of this? Is this supposed to be a raid, an arrest, a questioning?

The thing is, for as much dumb shit as Breezy gets himself into, there isn’t enough here for any of us to start assuming he was in the wrong or deserved this level of scrutiny in this case. Unfortunately, he hasn’t done enough to reverse his role as a celeb villain.

Touched on in my earlier piece about the similarities between portrayals of Drake and Kevin Durant as villains, American culture craves one-dimensional public figures. Making Chris Brown the bad-boy singer validates the kind of unrestricted judgment and hate we know people are capable of throwing at someone they’ve never met. The part that makes Chris Brown’s case difficult is that he’s done enough to have an accurate reputation as troublesome. But this fact is being abused by people and media sources who are already painting him as a villain based on a couple of eye-raising yet ambiguous pieces of information.

However this case unfolds, it has reminded me how poor our ability to withhold judgment has become since we’ve been able to have mass real-time discussions about current events. One good joke or shocking statement can shift the consensus attitude toward a person or an event almost instantly. No matter how despicable someone might be, this approach to determining truth is unfair to anyone subjected to it.

Here are some examples of the extremely sensationalized part of this spectrum of attitudes toward celebrity news:

https://t.co/Hy5boktvdz Chris Brown TAUNTS COPS on Instagram after being accused of pulling a GUN on a woman #CNRapp

#BREAKING Chris Brown — Woman Claims … He Threatened Me With a Gun https://t.co/HYSXh74dXt

And here are some examples of people practicing restraint in the face of a hyped-up story with scarce details:

There is no evidence that Chris Brown attacked a woman. Only her claim which isn’t backed up by any evidence. https://t.co/C6NNX3CZzi

So a random woman makes a claim about Chris Brown w/o evidence &its an issue that he wants them to get a warrant before entering HIS house??

I repeat, this is not a defense of Chris Brown’s past, or a call to not question why any of this is happening. This is a criticism of how we consume information. The Internet has allowed us access to as much information as we need. But in the hands of someone with a preconceived notion, it also allows you to drown in information that supports your assumption without challenging you to think about it.

Treat information more responsibly. Instead of throwing dirt on people’s names proactively, use that same shovel to dig up more thorough info.