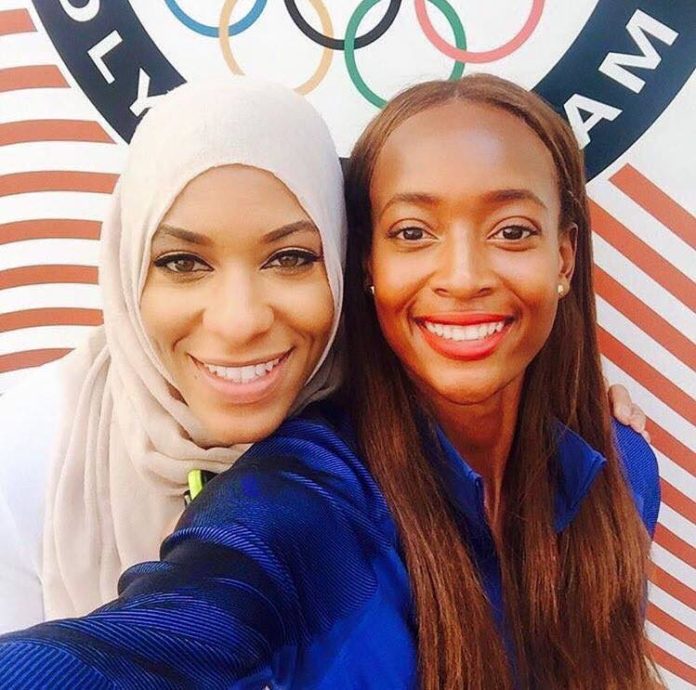 I don’t know shit about diving.

But if you tell me the best divers in the world get together, represent their home nations, compete for the title of best in the world, and it’s on live television, I’m watching that shit.

Kinda like how Leslie Jones has been watching the Olympics…

The Shot put throwers be fired up!! pic.twitter.com/nIRLr2dtSI

It’s more than just a passion for sports. At some point, it’s just feeling for people who have their life’s work culminate in a few moments you get to witness on NBC. To see another person rise to the occasion and give the best performance of their life on the largest stage is exciting, no matter what you think about sports.

Obviously, someone’s leg snapping in half or two runners tripping over each other during a race are heartbreaking moments. But even the subtle bounce on a vault landing, or a bit too much splash on a dive can make you wince and freak out for the athlete competing at the time.

It’s those expectations that make the Olympics awesome. We like seeing what people are exceptional at. You don’t have to follow track and field to care about any of Usain Bolt’s races. You don’t have to know anything about swimming to marvel at Olympic record-breakers like Katie Ledecky and Lilly King.

On top of the focus on the trials, errors, and triumphs of individuals, the feats accomplished at the Olympics can also do so much for the countries represented by these athletes.

How wonderful is it for a Brazilian pole vaulter to set an Olympic record in front of his family right at home?

How big is it for a Muslim woman to win a medal for the United States?

How about two Muslim women?

Along with pulling on people’s heartstrings, Olympic events are amazing because they force people to recognize the strength of society’s relationship to sports. Professional sports can be alienating to those less invested in sports due to the commercial and celebrity aspects, especially in the Western world. But no matter what’s happening in the world, the Olympics do a great job of simplifying the beauty of sports. For two weeks, everyone can agree that sports are about people of all backgrounds having the chance to show the world they mastered some crazy shit and love where they’re from.