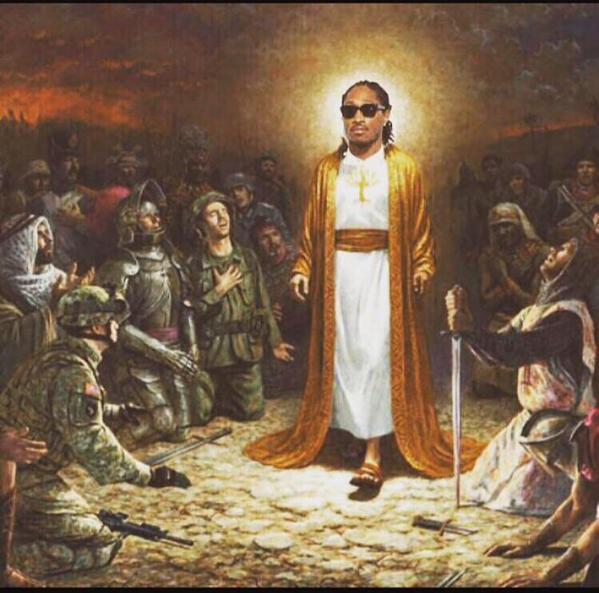 Saying he mumbles is not reason enough to discredit him. Saying, “only Future fans will understand,” is not helping anyone understand.

Songwriting is more than clever lyricism. Being a great songwriter doesn’t mean you have bars. Likewise, having bars doesn’t mean you’re a hitmaker. Hip-hop heads and trap opponents contend that Future lacks lyricism, thus his songwriting his weak. This view of what words should do in a hip-hop song is highly limited.

Though you shouldn’t go to Future for double entendres and cypher verses, he still puts together quality lines with complexity that often goes unnoticed. This article will highlight several unique things Future does in his songwriting that are rarely discussed.

One of the creative aspects of Future’s songwriting lies in his rhyme schemes. Oftentimes, he creates sudden shifts in emotion and imagery in his verses using a 4-bar rhyme scheme that looks like this: the first three bars share the same ending syllable and the same train of thought, with the fourth bar containing a completely different idea and ending syllable. Instead of an a-a-a-a rhyme scheme with cohesive ideas, it’s more like a-a-a-x. The surprise of such a random break from the pattern makes you pay more attention to the following lines to see why it makes sense. That’s where the imagery becomes most powerful.

Whippin’ the dope like it’s Anna Mae/Shootin a nigga like John K/Got mojo got mojo, assassinate em/Drivin the boat on them xans/Pour out a four in Japan/Sellin that dope out in France/The molly is great with a tan/The presi it look like it’s dancin’

To go from the trap and shootin niggas to driving a boat comfortably high off of Xanax bars is an extremely sudden shift in imagery. Frankly, it’s beautiful. It’s like skipping the cocoon part of a caterpillar’s evolution to a butterfly. Future can take us from the most hectic parts of the trap to the calmest parts of being an international pop star in less than 10 words. Following the xans line is some more imagery of star life luxury that completes the sudden shift in thought. It’s like the short moment of calm when you get done hitting a huge turn on a roller coaster before it whips you around again.

As quickly as he began flexing about drinking lean in Japan and the jewels in his Presidential Rolex, he tells us the source of his ambition is being left to fend for himself by people he trusted. Going from the end syllables of ‘Mediterranean’ and ‘abandoned me’ to ‘anger’ is as sudden as the shift in emotion. It makes you perk your ears up. Once again, it doesn’t take many words for Future to completely change the mood. Between the druggie persona and the addictive flows, the quickness of the twists and turns in his lyrics are really a trip if you’re listening closely.

Future can also take you from international pop star to trap nigga imagery just as quickly.

Step to that bitch like I’m Brody/half o’you niggas is bogus, most of you niggas is bogus/I go to coast to coast I’m fully loaded/I hit the lights and roaches used to scatter/I had to go to work with heavy metal/I done seen dead bodies in the ghetto/I seen these bitches dancin with the devil/I seen that money make a bitch evil

He spends several lines describing his boldness and calling out competitors, then hits us with a sudden flashback as if he has PTSD and was triggered. The word ‘scatter’ does not have to rhyme with anything else in order to make the transition work. It makes the switch even more sudden and exciting then if he did use syllables that ended in ‘-atter’ after that line.

The image of a light switch going up and a room lighting up to a scene of cockroaches scurrying away is vivid. It’s disgusting, and the dive into poverty and evil continues with the following lines which end an uplifting verse on a disturbing note.

Another unique aspect of Future’s songwriting is the underlying seriousness of his emotions, especially anger and depression. Even in songs with overwhelmingly boastful and upbeat vibes, he has a way of dropping a line or two that blatantly says he’s not okay.

Like the roaches line in ‘Colossal’, Future often drops bombs of negativity in the form of a disturbed flashback. When you listen to his songs searching for lines like that, it’s hard to miss the creeping fear and paranoia in most of his music. It’s just that most of these lines are so wound up in great melodies, surrounded by flexing, or drowned out in heavy beats that you think Future is saying nothing important.

Drownin’ in Actavis, suicide/When I hit the scene it’s homocide

I gave up on my conscious, gotta live wit it/This remind me when I had nightmares…

The last line off of ‘Wicked’ captures that point really well. The hook in that song is so prominent and goofy to most people because of his complete butchering of the word ‘wicked’. But at the end of that line, it completes a flashback to a time where he wasn’t out here touring and seeing hella groupies.

Much like in the first verse of ‘Colossal’, a pretty fun verse ends on a haunting line. But you never thought of it like that because the beat was tough and you can’t resist shouting, “Wiggi-wiggi-wiggi-wiggi.”

Many of these characteristics of Future’s songwriting developed after the release of Honest. Prior to his insane run of projects beginning with Monster, he was more apt to spend an entire song exploring a single emotion. Despite being some of Future’s better songs pre-Monster, ‘Deeper Than The Ocean’ off of Pluto and ‘Special’ off of Honest, for instance, have none of the excitement or cleverness that any of the aforementioned songs have.

Though Future has remained in touch with the more emotional parts of his music, he blends it in a way that doesn’t clash with his image as a trap hitmaker. It provides layers to his music in ways that he previously didn’t have it. You can simply enjoy how hard most of his shit is, but you can also find the more subtle yet interesting conflicts he sneaks into his songs if you decide to listen.