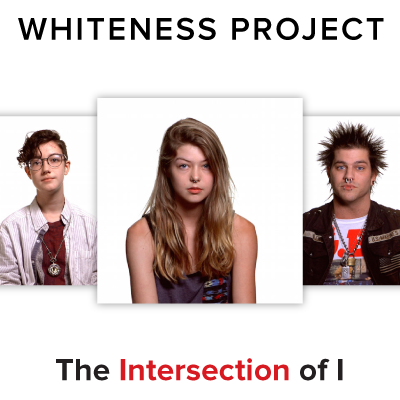 Whiteness is a concept. People who identify as White tend to be the ones who buy into it, but anyone can.

Don’t act like it’s unheard of for a successful non-White person to condescend toward their racial peers. It’s not crazy for a non-White person to believe in myths like that of the welfare queen, or poor people being too lazy to pull themselves up by their bootstraps.

It’s not strange to see a person of color that simply doesn’t get it.

That’s necessary to say before talking about The Whiteness Project. That the true conflict is our humanity versus our belief in, and the social reality of, race. It’s not White people versus the world, but that could easily be a great thriller/drama film in the near future.

Jokes aside, investigating the thoughts of White people on race is highly important.

Hence The Whiteness Project, described as, “…an interactive investigation into how Americans who identify as “white” experience their race,” on the project’s website.

Along with gathering various opinions on race from White people, the project features testimonials from people with non-White identities struggling with their race, such as Javier.

Javier’s story was one of attempted assimilation as someone with Mexican and European ancestry. He described his Mexican father as “Whitewashed”, and recalls past rejection of his Mexican background due to belief in the superiority of Whiteness.

That story is just one of many examples of how fragile and diverse White identities can be. The notion of White as the boring default American identity is something we have to break down. Destabilizing Whiteness by looking into it will go a long way in helping us think of race less rigidly and with more compassion.

Seeing White people with various viewpoints on American slavery, White privilege, and racial discrimination helps us understand that White people are also affected by the reality of race. But this is no call to pity the participants who have chosen to open up in this project.

Go ahead, laugh at the 17-year-old who says the hardest thing to be in America is a White Christian male.

Yell at the girl who thinks we should all just stop talking about racism.

It’s okay. It’s messy, cringeworthy, and painfully comedic. Yet you should still peep it! This is what progress looks like for now.