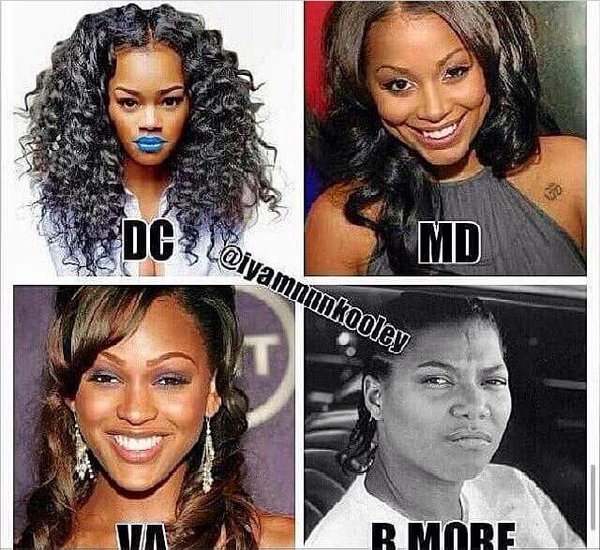 A couple of recent national trending topics on Twitter, #dmvtaughtme and #Atlantataughtme, showcased residents of the D.C. and Atlanta metro areas describing unique aspects about life in their locales.

These hashtags are the most obvious markers of a broader trend in popular culture. Through various social media platforms, and certain cases in the hip-hop world, you can know intimate details about places and communities you’ve never physically been a part of.

Listen to enough music from Chief Keef and his GBE affiliates, and you’ll come away knowing the reputations of blocks you’ve never been to, and dead folks that never would have made national news.

Type in #nyniggas on Twitter. With no prior knowledge of New York City culture, you can probably pull off a mediocre impersonation of a stereotypical Black male from New York City after 15 minutes of reading through those tweets. Listen to Future for long enough and you’ll swear you know Atlanta’s strip clubs and Lil Mexico (Future’s old neighborhood) like the back of your hand.

In the same way Black New Yorkers profile themselves, and Drill artists report live from the Southside of Chicago, the #(insert city name)taughtme trend is a rich, casual look into the daily lives of people and places many have never had the chance to interact with.

Social media moments like this can get you familiar with some regional slang:

#dmvtaughtme you can say “yeah” multiple times in a sentence and it can mean a different thing each time?

#dmvtaughtme if a dude says “I’m tryna yeah” and licks his lips …. run

Tell you what the turn up looks like in another city:

#dmvtaughtme When The GoGo at a party come on, it’s a chop train coming next ?

And even put you onto some American cultural geography:

#DMVTaughtMe that the DMV is really only DC & Maryland, we just use VA for Tyson’s corner and Pentagon City ????

All in all, there are a lot of opportunities to engage with different folks on Twitter. Some of social media’s greatest moments are when it facilitates genuine cultural exchange.

Whether it’s #dmvtaughtme, or a Twitter tour of another city, phenomena such as this are typically the result of non-White folks on Twitter. Though most Americans agree that Black Americans are social media’s driving force, it’s hard to tell if people of different racial and cultural backgrounds are getting as much out of these trends as others.

It’s no surprise women and people of color are more involved in Twitter trends since their voices are generally undervalued in the world. That being said, trends like this serve to make their experiences a normal part of our American/global cultural experience.

Hopefully, people catch on and see the value in regular ol’ Twitter activity.