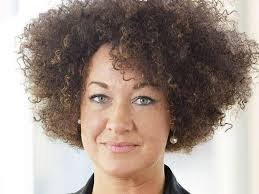 You can be angry, amused, confused, or some combination of those feelings. Frankly, they’re all valid when it comes to this Rachel Dolezal story.

It was all too easy for Black Twitter this week. With trends like #AskRachel and #AreYouBlack circulating, it was extremely hard to take this story seriously:

Amidst all this fuckery, however, is a serious discussion about the similarities between Dolezal’s story and Caitlyn Jenner’s transgender experience.

WHY CALLING HER “TRANSRACIAL” IS ABSURD

Among those who decried the comparisons to Caitlyn Jenner, the main complaint was that race and gender are not comparable. I am of the same belief, but it was tough finding a concise explanation as to why that’s the case. By the logic of “gender and race are social constructions, so it shouldn’t matter”, the stories of Rachel and Caitlyn might seem similar. But dive a little deeper and it’s clear the comparison is completely invalid.

Put simply, trans people identify with the gender expectations of a gender other than that ascribed to them. To use Caitlyn Jenner as an example, since everyone is so keen on dragging her into this conversation, she felt society’s understanding of “feminine” applied to her more than “masculine” did. She altered her physical appearance to better reflect that. Yes they’re socially constructed, but the characteristics that constitute “feminine” are unequivocal. She identified as such psychologically and emotionally and altered her body to better reflect that identity.

But what if a White person identifies as “Black” or with “Black culture”? Sure, “Black” as a social category is defined as an American of (Lord knows how much) African descent. On the surface, Blackness should be as simple to understand as femininity. But ask anyone what it means to be Black and you get very idiosyncratic answers, even among Black people. What does the rich Black man say? The working class Black woman? The first-generation African-American? The African immigrant? This isn’t to say that women are not diverse in their understandings of womanhood, but when trans women say they identify as such they can all refer to a basic understanding of “femininity”. The acceptability of the “femme” and “butch” lesbian identities, which isn’t without its controversy, is another example of these gender roles being standard enough for everyone to recognize. These gender assignments, as socially constructed as they are, enjoy a greater consensus understanding.

But ask someone what being “Black” consists of. Rachel Dolezal saying she identifies as “Black” means…? If she means to say she has significant African ancestry, well, that’s just a lie. Her parents claim to have nothing but European ancestry.

In her ‘Today Show’ interview, she claims to strongly identify with “the culture”. Again, there is nothing wrong with that. Thing is, she didn’t don the bronzer and braids because she felt as though it was a better expression of her essence.

Look at her track record: gets into Howard University in 1998, experiences criticism due to her Whiteness, sues the school, goes Black. She hasn’t admitted to it, but it is much more likely that her performance of race is simply a cover for insecurity in her Whiteness. Caitlyn didn’t deny being born as a male. Rachel, however, has denied her biological parents. This is why Rachel Dolezal cannot be compared to Caitlyn Jenner. It’s already dubious enough to want to perform race to better express yourself, but it is painfully obvious that Dolezal’s masquerade comes from a fear of having her involvement in the Black community criticized.

Along with being disingenuous and having a story full of inconsistencies, Ms. Dolezal can’t be considered transracial because transracial is a term that already has a very specific meaning.

The term ‘transracial’ refers to adoptees of a certain race being adopted by a family of a different race. The real transracial community had plenty to say about Rachel and quickly shut down the use of the term in her case.

Despite the ridiculousness, Rachel Dolezal did more than give us a week’s worth of gossip and fun. Her lies and insecurities strongly reminded the nation how wild and confused we collectively are when it comes to racial identity. If there is anything someone could take away from this, it would have to be a greater sense of how important it is for White allies to simply be themselves if they want to aid the Black community. As Kendrick would say: