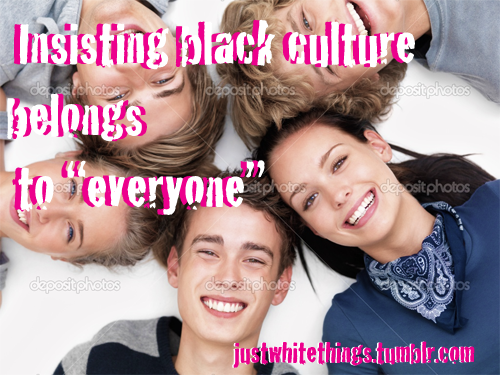 Between Rock and Roll, Hip-hop, countless dance crazes, and additions to the English lexicon, American pop culture has a lot to thank Black people for. What catches on among urban (i.e. Black) Americans spreads like wildfire once it is exposed to the rest of the nation. The influence of Black America in today’s mainstream culture is undeniable, but the contrast between Black people’s contributions and their ownership of popular culture is hugely disproportionate.

A 2013 Nielsen Consumer Report says 70 percent of Americans believe Black people to be the driving force behind trends and popular culture in today’s world. A 2014 Nielsen Consumer Report found Black Americans to be two times more likely to spend more than three hours on social media sites/apps a day than other racial groups. No, ‘Black Twitter’ is certainly not a joke.

Ownership is a layered word in this context. In the business sense, Black Americans do not have much representation in executive positions, even in the entertainment industry. What’s more frustrating is the common phenomenon of an urban trend gaining momentum and quickly becoming mainstream, its excitement and originality robbed as quickly as it became hot. The lack of ownership in this sense is more harmful, partially resulting from the lack of ownership in the business sense.

If Black people really drive culture, why do their creations get taken and exploited so often? Veteran figures in hip-hop have touched on these issues in recent years.

This past March, Jonathan Fouabi wrote an article in response to a comment Lupe Fiasco made in an interview where he said “Hip-hop culture is hip-hop culture; it’s not Black culture,” (Quote at 4:58). Fouabi took issue with this statement because of Lupe’s failure to acknowledge the culture’s roots, even given its global expansion. The cultural contributions of Black Americans seem to run away and take on a completely different form in a short amount of time. That is not to say that every adaptation of Black culture in the mainstream is negative. But Fouabi argues the source of this vast body of new art, verbiage, and style is not given enough credit when any aspect of the culture proliferates. When it is given attention, ridicule typically precedes praise.

Not many industry figures give us insight into the business aspects of urban culture. But the ones that do are wildly outspoken. Take Kanye West and Dame Dash for instance. Though their outbursts might be more comical than thought-provoking to most, Dame and ‘Ye have dropped gems over the years and are worth paying attention to when they say anything about the forces in hip-hop and urban culture that consumers are largely unaware of.

Kanye: What I tell my daughter in two years, that I been working tryna make Nike still hot and I still don’t have the backing to really support and protect her?

Dame: I’m not gonna fight for something I don’t own…I’m not going to build somebody else’s company and then pick shares…fuck all that.

Throughout these two interviews, both stress the importance of an individual’s work contributing toward something an individual unequivocally owns. This encouragement of the entrepreneurial lifestyle, however aggressive, is a positive thing. Along with the educational achievement gap, Black youth tend to lack the social capital—familiarity with networks of people that can provide social benefits (e.g. educational opportunities, employment)—that can get them into positions of influence. The development of social capital has to start somewhere in order to spur Black business ownership.

It’s easy to dismiss a lot of what Dame or ‘Ye said in those interviews because it seems like out-of-touch, self-absorbed, rich nigga shit. But their messages strongly apply to aspiring artists, aspiring industry executives, and consumers. A week after his Breakfast Club interview, Dame Dash took shots at Marc Ecko, founder of Complex Magazine, in order to raise awareness of “culture vultures” within the music and fashion industries:

This is a fight a lot won’t understand but trust me you will thank me later business is war everyday I’m just gonna let yall see it first hand.

Dame has said similar things in the past. In an interview with DJ Vlad in July 2014, he flipped the script on Vlad and began a discourse on the lack of insight people have on label executives.

“Why do y’all wanna know about the rappers? Don’t y’all want to know about the other side of the story? Ask about Lyor, Todd Moscowitz and all those players. You know, Julie Greenwald. Ask them about their perspective on what happened, why don’t they get questioned? They make money off us everyday!” (Quote at 3:30).

Though the Internet has proven to be revolutionary for urban musicians, stylists, and other culture creators, large companies are still depended on for distribution and marketing. And who runs those labels? Who runs popular websites like HotNewHipHop, Complex, and XXL? Certainly not the same demographic making the content.

We all know that urban culture is constantly being robbed. Whether on a grand stage like Miley at the VMAs, or pathetic attempts by businesses to update their marketing strategies, this shit happens all the time. 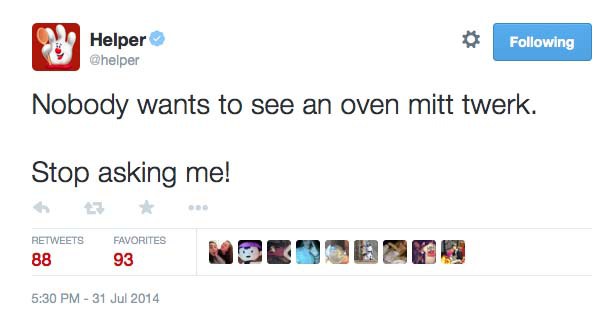 More attention should be given to the forces responsible for urban culture’s manipulation. Despite the vast majority of urban culture creators being limited in their political or economic clout, taking notice of these processes is a necessary first step for Black America to have its contributions properly recognized.