It’s okay to be proud of the United States of America despite its issues. But it’s not a perfect nation, like any other, and failing to admit it doesn’t make it better. It is also okay to criticize America as an American despite benefitting from its various resources and protections. Colin Kaepernick exercised that right by not standing for the national anthem at the San Francisco 49ers preseason game against the Packers on Friday.

The statement was a strong one, and the NFL is supportive of Kaepernick’s right to do so.

But when an athlete does anything outside of gluing their right hand to their chest and staring proudly at the flag during the anthem, it draws the ire of many. If that athlete is not White? Well, ask Gabby Douglas.

The Olympic gymnast faced sharp criticism for not having her hand on her chest during the national anthem. Apparently, competing for and proudly winning gold medals for your country is not patriotic enough. 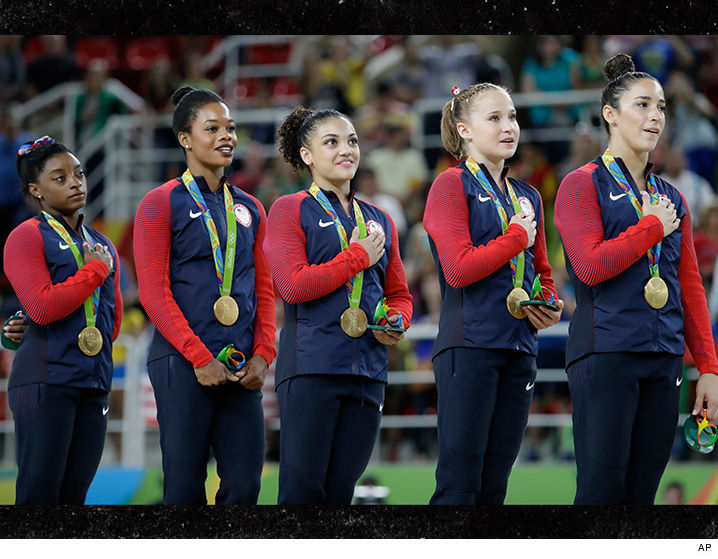 Granted the women’s gymnastics team was a huge deal in the 2016 Olympics, shot putter Ryan Crouser was also spotted without a hand on his chest during the anthem after winning gold for the United States in his event. The backlash he received? Uh, what backlash? Certainly nothing newsworthy. 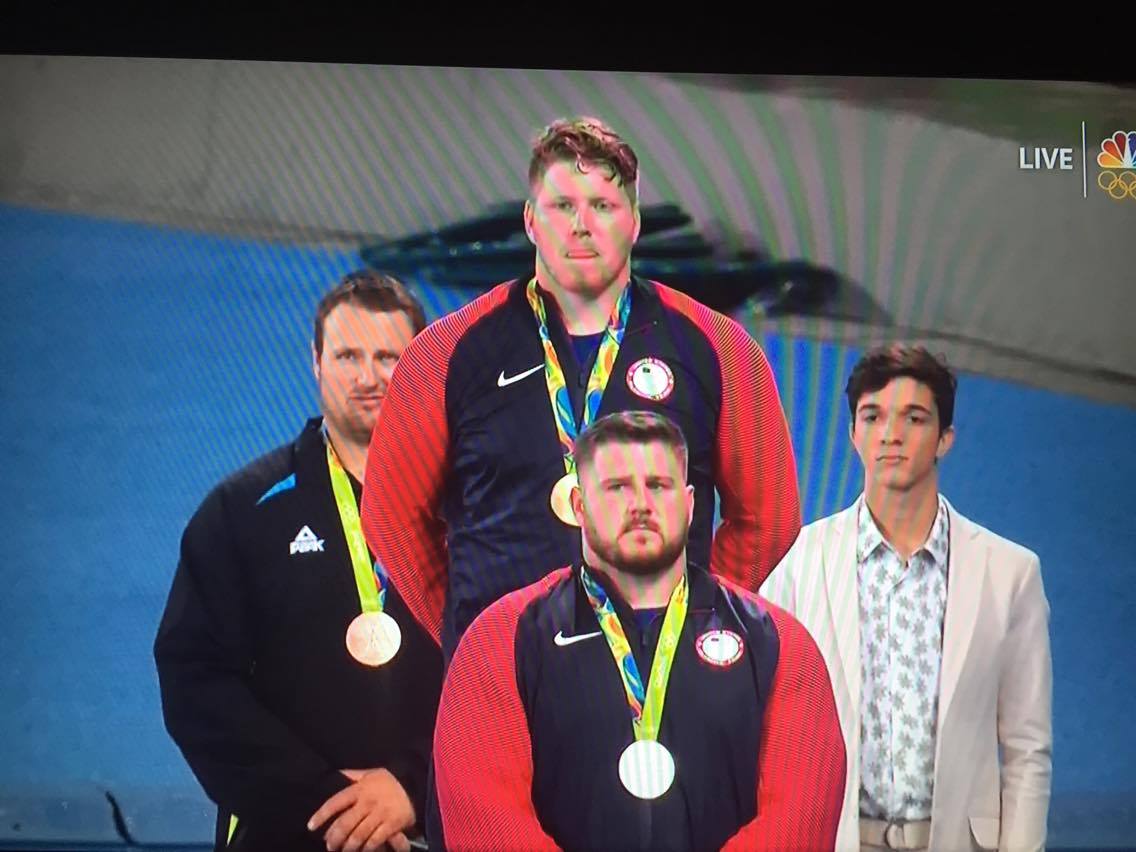 So before we even get to a Black athlete straight-up refusing to stand for the anthem, we already have an issue when someone who isn’t White doesn’t give the nation a textbook at-attention stand for it on national television.

Now unlike Gabby Douglas, Kaepernick meant to communicate something with his action. Athletes taking public stances against police brutality of Black Americans is not news, having been done by NBA players, WNBA players, and Kaepernick’s peers in the NFL over the past couple of years.

But God help you if you fuck with the national anthem. Once you do, you’re not just a rich athlete overreacting about things. You’re an overall piece of shit. 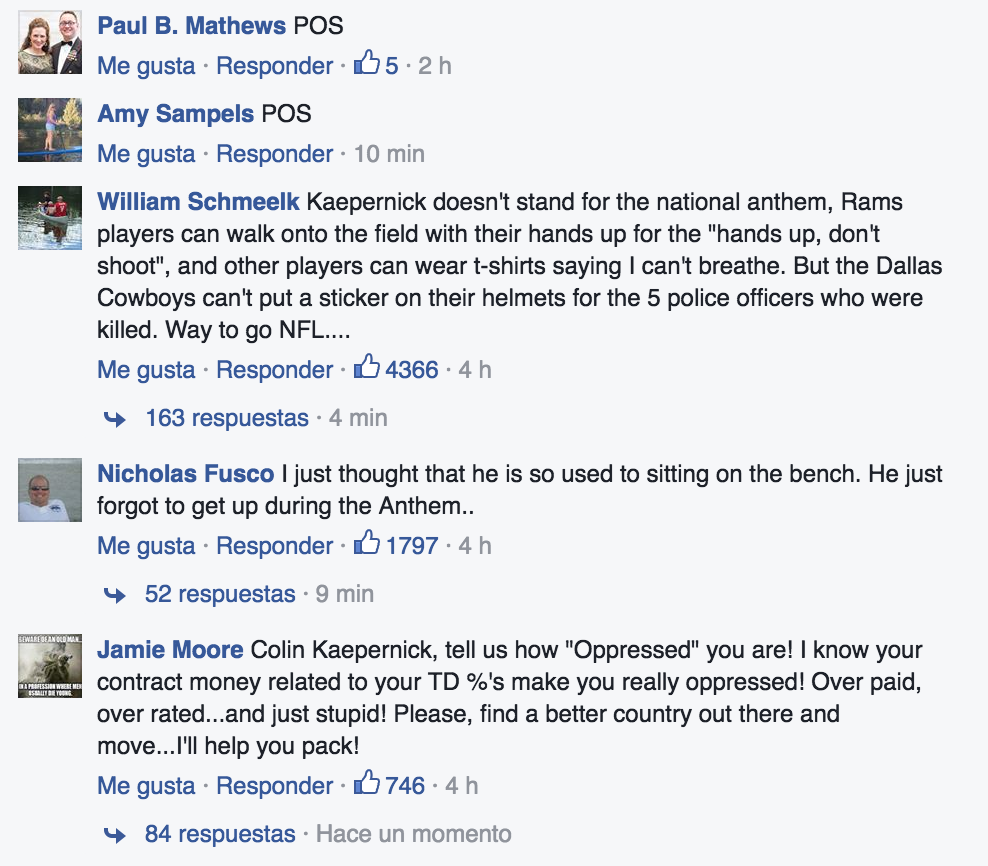 But is there validity to the criticism of Kaepernick outside of strong patriotism?

A Black Army Ranger veteran Dorian Majied talked to Independent Journal Review about the situation. While supporting his right to protest, Majied believes many pro athletes have found ways to protest the same issues without being disrespectful to the country. To Majied, the national anthem and the American flag represent America’s purest ideals. To snub either of those symbols, Majied says, is an insult to people of color who have fought for their freedom of speech and their opportunities to succeed.

He made valid points, I’m not ignoring that there are still issues with race in America. However, he is ignoring the positive ideals of America that every colored person who has ever served, fought—while some died—for, by refusing to stand.

Majied has a point here. Athletes ranging from LeBron James to several St. Louis Rams players have taken strong public stances in solidarity with Black Lives Matter without giving a figurative middle finger to the U.S.A.

Also in his written response to the Kaepernick situation, Majied criticizes Kaepernick for what he thinks is a thin tie between his biracial identity and the oppression he spoke of in his statement to the press following the game.

To disrespect the country that has afforded him the opportunities and fortunes he acquired is only made more offensive by the fact that his life is the personification of the ideals I see in the American flag and the National Anthem: a biracial child, raised by white parents, and who has accomplished so much despite his “oppression.”

This excerpt summarizes the consensus frustration many have with Colin Kaepernick’s gesture: a struggling quarterback still getting paid millions who’s only recent headline is about him speaking for the oppressed.

Between the two quotes from Majied’s response, he has valid points about Kaepernick’s behavior. But he also seems to be missing some points. For one, saying Kaepernick’s protest was more disrespectful than other BLM-supporting athletes does not make sense. Standing in solidarity with Black Lives Matter on any level means you support the mainstream criticism of America’s racial foundation. Kaepernick, unlike his peers, just had the nerve to say what he said on Friday night. Secondly, many are at Kaepernick’s throat for speaking about oppression as a millionaire athlete. But he never once mentioned his own troubles in his statement after the game. Saying he’s unqualified to speak out against oppression because he is rather privileged makes no sense.

Ultimately, it comes down to the way Kaepernick protested. The national anthem is a point of great pride for many vocal patriots and supporters of the United States Armed Forces. Every individual who serves in the military deserves respect and appreciation. However, this doesn’t mean the, “we risk our lives for your rights,” argument can be hung over everyone’s head who speaks out about urgent domestic issues.

Though I disagree with many of Majied’s statements, at least he understands his military service doesn’t require him to hate every public figure who vocally criticizes something about the country.

There are many angles to look at this situation from. What does it look like from yours?