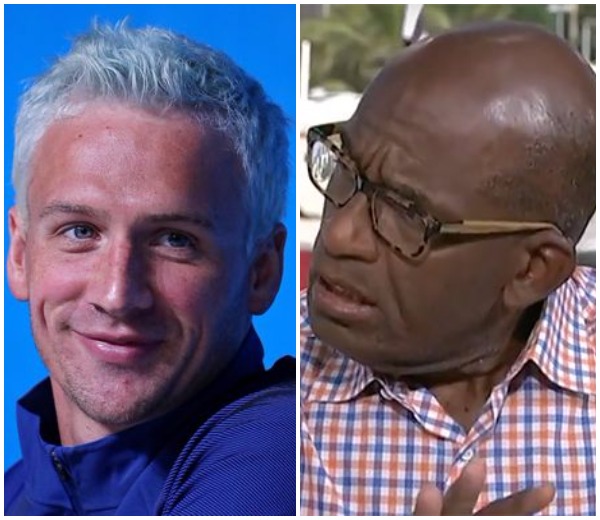 Ryan Lochte fucked up. It’s that simple. There was no robbery and a gun was never put to his forehead. And he left his teammates in Brazil. And he lied to Matt Lauer?! Booooy. Would have said, “Maaaaan,” but that doesn’t apply to American swimmers at the Olympics no matter their age, right IOC?

Anyway, the general public by way of Twitter was not going for any of it. But some in the media wanted to give Lochte a fair shot or some shit at being proven innocent. That’s when Al Roker turned up.

Roker has been lauded for taking his stance against Lochte’s behavior as aggressively as he did. But not only is NBC unhappy with it, perhaps Ryan Lochte was not entirely at fault here.

According to several news outlets, including USA Today, new information on the case makes Lochte’s stories seem less outlandish than they did a week ago. New information on the case from a USA Today article stated that not only were claims of vandalism exaggerated by the Rio police, security guards did pull guns out on the four United States swimmers. Also, Ryan Lochte has now been summoned back to Rio de Janeiro for further questioning by the Rio police.

Before you start to think this info is an attempt to clear his name, they do not let Lochte or his teammates off the hook by any means. No one held a gun to his head, no one robbed any of the swimmers, and they were all disruptive enough to damage a framed poster in their search for a place to drunkenly piss.

That being said, Billy Bush wasn’t far off when he was telling Al Roker that some of the details may have been “embellished” rather than straight-up lied about.

In an age where conclusions are jumped to at world-record distances, this information should calm some people down about the latest evil White male getting away with shit due to all of that privilege. Race-based privilege was definitely exposed at the Olympics, and it’s only fair Al Roker criticized Ryan Lochte the way he did given the information available at the time, as well as the scrutiny Gabby Douglas endured for doing nothing wrong. But despite the mess they made, the swimmers were not the only party in the wrong. What the armed security guards did in reaction to minimal property damage was threaten four unarmed people, conduct even more reckless than peeing in the bushes while drunk in a foreign country.

Hopefully, this new information allows us to criticize racial prejudice in the media’s treatment of non-White figures without having to keep Ryan Lochte in the ‘National Disgrace’ category for the rest of his life. But it’s cool if he’s there until the summer ends.