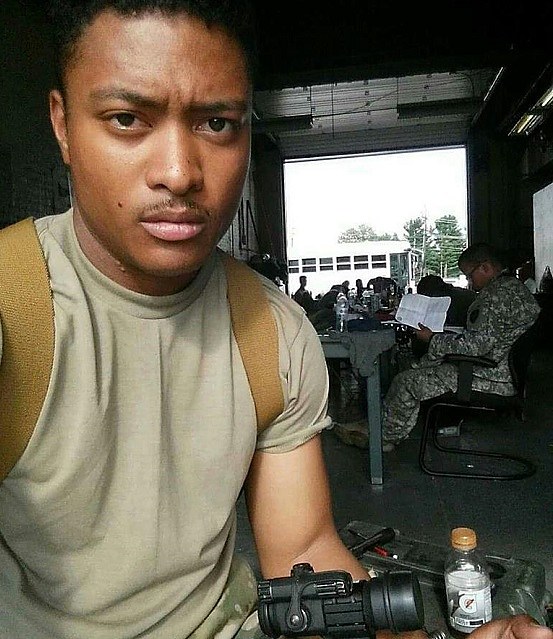 Mentioned in the previous article discussing Kaepernick’s dismissal of the national anthem, a Black Army Ranger Vet by the name of Dorian Majied wrote an interesting critique of the situation.

Majied’s identities as both a Black American (determined by his statement about his father being born without the right to vote) and a military veteran make his opinion on the matter particularly interesting. His written statement contains both support of Kaepernick’s rights, as well as a defense of the significance of the American flag and the national anthem. Majied’s statement provided a dynamic, though at times flawed, view of all the aspects of this issue.

Here is his full statement, originally shared on the Independent Journal Review:

I understand Kaepernick’s intention, however I disagree with his means. His NBA counterparts protested the same ideas in a way that neither hurt the country, nor ignored the ideals that people of color have fought and died which; ideals represented by the symbolism of the American Flag and words of the National Anthem.

As a member of a national organization, reaping the benefits of a country that apparently oppresses people who look like him, his argument is thin on a personal level.

Doing what Dwayne [sic] Wade and company did at a game opener to support BLM, or making a public verbal statement as Carmelo Anthony did, or even a written statement as Michael Jordan did are all more appropriate acts of protest.

He could write his congressman, he could petition, he could picket, he could join the service and actually fight for the rights he seems to think are not offered to him; his sitting through the National Anthem was a lazy lack of will and brain power.

To refuse to stand for the National Anthem is his right as an American, and I support that right, however I do not agree with that action.

There are a myriad of other ways to conduct social protest for people of color, that don’t, whether by intent or otherwise, ignore the American principles that have given rise to extreme integration within a single American generation.

My father was born without the right to vote and in one generation I’ve been blessed to lead amongst the world’s greatest fighting force.

To disrespect the country that has afforded him the opportunities and fortunes he acquired is only made more offensive by the fact that his life is the personification of the ideals I see in the American flag and National Anthem: a biracial child, raised by white parents, and who has accomplished much despite his “oppression.” In how many more nations around the world can a story like that come to fruition?

He made valid points, I’m not ignoring that there are still issues with race in America. However, he is ignoring the positive ideals of America that every colored person who has ever served, fought—while some died—for, by refusing to stand. Proper action is exactly that, action, not the inaction of not standing because he couldn’t think of a better way to protest.

Kaepernick was wrong in his delivery and protested the wrong symbols of America. The American flag and National Anthem represent the highest of American ideals, not the lowest ideals.

Ultimately, your agreement with any of Majied’s statements comes down to a few things: your valuation of the symbolism of the American flag and national anthem, your perception of the role the military plays in upholding the United States, and your understanding of “quality” protest.

Is there anything in Majied’s response that made you see the issue differently? Did you find something irritating? Let us know!