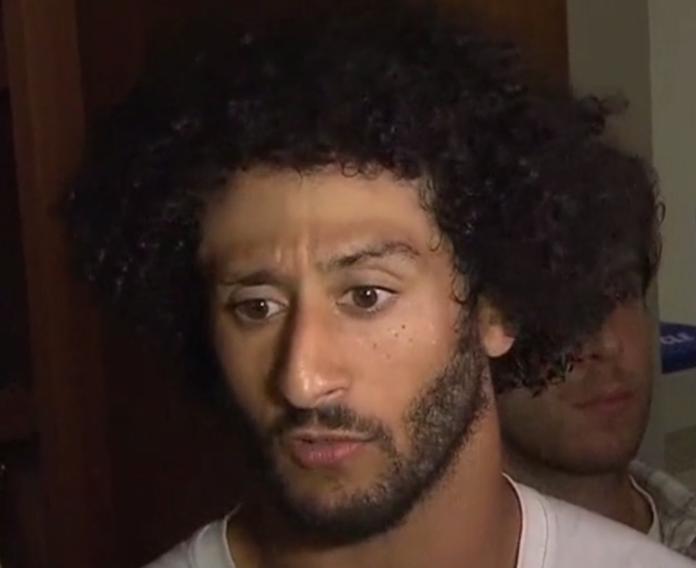 We never thought we’d care about the voice of Eagles’ linebacker Myke Tavarres. Or see a White United States Army veteran support a protest of racial inequity on national television. But since Colin Kaepernick refused to stand for the national anthem in protest of Black Americans being killed by police, the voices of his peers, past and present NFL figures, and military veterans have received increased spotlight. It has driven the conversation on racial injustice further by questioning what commitment to American values actually looks like.

Many critics of Kaepernick’s gesture claimed they defended his right to do so, but disagreed with the way he went about it. This includes his former coach Jim Harbaugh, a vocal Black Army Ranger vet, and various NFL players past and present, including Victor Cruz and Jerry Rice.

Beyond getting people to acknowledge the urgent discussion on racial inequity in the United States, Kaepernick’s protest has revealed that people of varying racial identities and ties to the military have different views on what it means to uphold American values. Some of the most notable people coming together in defense of Colin Kaepernick are an assortment of Army veterans, both Black and White, along with other NFL players. Some of Colin Kaepernick’s biggest critics, however, are also Black NFL players and servicemen.

Though it is disappointing to see the likes of Jerry Rice denounce the move, Kaepernick’s protest has brought people of seemingly opposing backgrounds together to vocally agree on two things: the importance of his protest, and the problem with people who are bashing him for it.

Kaepernick’s protest has tested people. It inspired figures from the country’s most popular professional sports league to continue the conversation. It has made us examine our understanding of crucial American symbols. It has made us hyper-aware of our racist double standards when it comes to patriotism. More than any recent act from an athlete, Colin Kaepernick’s protest made people speak up.