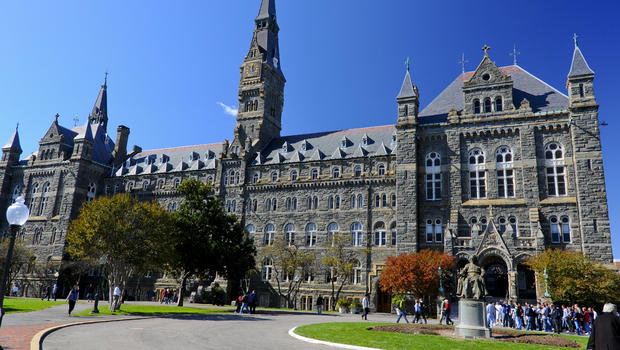 More than a dozen universities have publicly acknowledged their historic involvement in the United States’ slave trade. But none of have made serious moves toward making up for their past until today. Georgetown University will honor the legacies of the 272 slaves they sold in 1838 by giving preferential treatment during admissions for applicants who descend from the 272 people sold by the university. Georgetown also agreed to rename several buildings, replacing the names of two priests who were involved in the slave trade.

According to Rachel Swarns of the New York Times, the sale would have been valued at 3.3 million dollars today. Georgetown University relied on profits made from Jesuit-owned plantations in Maryland to keep the school going by paying off debts. Records of this transaction were kept. In light of the wave of protests against racial injustices on college campuses, a university working group formed to dig into Georgetown’s past to figure out how the university could make amends for it.

Richard Cellini, a Georgetown alumnus, hired eight genealogists to find the descendants. They have since traced 200 of the 272 and contacted several descendants of them directly. Cellini and the contacted descendants spoke to the overwhelming yet humanizing effect of this process.

In the same way legacy applicants get preferential treatment, Georgetown’s attempt to repair damages to the families of the slaves they took advantage of is fair. Much like the children and grandchildren of alumni are preferred on the basis of commitment and contribution to the university, many Black people contributed to the foundation and sustainment of many universities. Since Georgetown has admitted to knowing the details of these contributions, it only makes sense to reward it in some form equivalent to an applicant from a family loyal to a university.

Reparations might not ever happen on a federal level, but Georgetown took a step in the right direction with this decision. Perhaps the future of fighting institutional racism will begin internally with responsible organizational leaders who look into their pasts. At the very least, recent pressure has been on universities to do so. Gladly, Georgetown has answered that call.