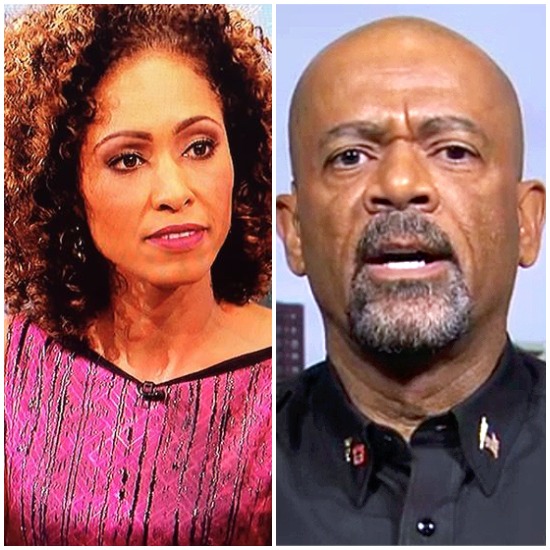 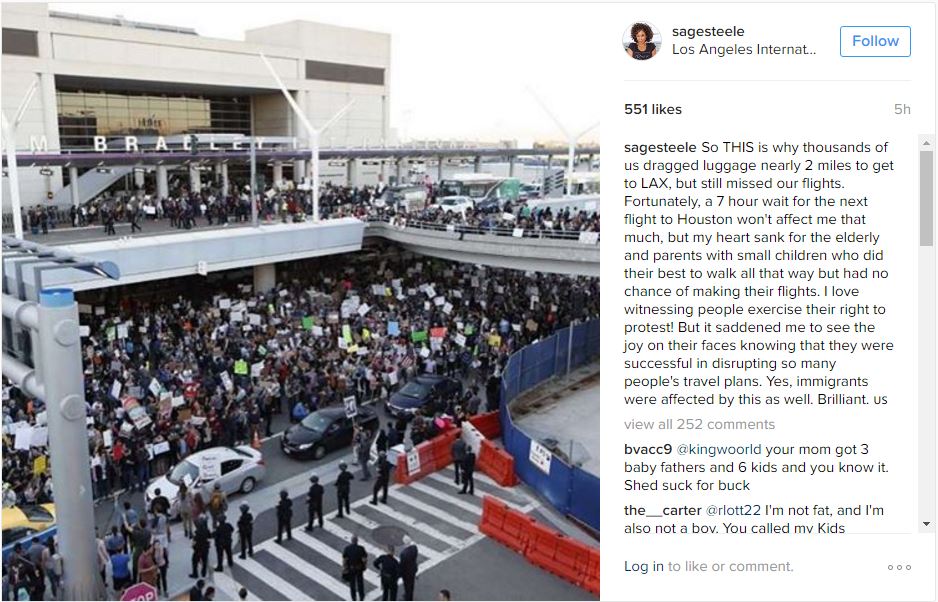 Once again, Sage Steele was accused of being a coon by some Black people on Twitter. Surprise.

Sage Steele is a Self-Hating Coon. We need excommunicate her from the tribe. https://t.co/gy9RrTYf6r

Sage Steele been a coon. This isn’t New.

They need to with her coon ass RT @KingJaffeJoPHer: Lmfao they getting sage steele up outta here

From various definitions found online, along with the historical context of the word, to be a ‘coon’ is to be a Black person who deliberately reps for the interests of White people over Black folks’ interests with the intention of personal social gain. Samuel L. Jackson’s character in Django Unchained, the stereotypical house nigga, is a great example.

These days, no Black person would ever admit to being a house nigga. Even the Black Milwaukee sheriff David Clarke, in all his Trump-supporting glory on Fox News, wouldn’t view himself as such. Despite obvious flaws in how he views racial injustice, you’d be wrong to say he doesn’t care about it.

Murder of black people takes a back seat as @nytimes @washingtonpost @CNN @HuffingtonPost focus on refugees instead. https://t.co/xXR8kK5FRz pic.twitter.com/H2UtTcbfxI

When ‘coon’ is used to describe a Black person ignorantly holding on to racial views that are dangerous to Black social progress, our view of them crosses over from misguided to actively oppositional. It’s justified, but it isn’t always accurate.

Many prominent Black people accused of coonery wouldn’t consider themselves as opponents of racial equity, which brings me to this dilemma: Black people who claim to fight for racial equity but condemn talk about institutional racism either don’t truly understand racial injustice, or are aware they’re supporting and gaining from the status quo. It can’t be both.

Though it’s obvious Black people in the public eye stand to gain from criticizing popular forms of racial justice activism, many of these Black figures believe they have a progressive perspective. Remember when Sage Steele said we should be praising her White husband for being courageous enough to start a family with her? Though seriously flawed, she genuinely has racial equity at heart. It makes more sense to label her as someone who “doesn’t get it” rather than considering her a coon.

The knee-jerk reactions at Black people who “don’t get it” are a result of how quickly Black activists have pushed the discussion on institutional racism since the early part of the 2010s decade. In the time between Trayvon Martin’s death and Donald Trump’s election, the general consciousness of socially active Black Americans has skyrocketed. The use and understanding of language related to racial injustice, the ability to mobilize in the form of protest, and the increased presence of racial issues in mainstream media has challenged people to quickly get with it or get lost.

Though everyone has access to the same information, the process of doing away with old beliefs and learning enough to create new ones is a difficult one for any individual. If, as a Black American, any part of your life’s experience does not fit cleanly into the narrative of being beaten down by White supremacy at every turn in life, buying into much of today’s anti-racist rhetoric probably poses a challenge. Struggling with it seems to be more of an internal conflict than it is coonery.

The tricky part about my belief is this: if, as a Black American, you do more to push back against racial equity efforts than contribute to them, you are objectively part of the problem. And in the land of the polarized, it is very difficult to claim you’re walking a tightrope between the right and wrong sides of history without people trying to yank you one way or the other. In today’s social climate, now more than ever, your social beliefs are your identity.

Though I dislike seeing the court of public opinion trying to strip or award people of their identities based on their political stances, people like Sage Steele need to be challenged.

That being said, is it worth solving this dissonance? I believe it is. It’s tempting to leave people behind in the discussion, or see them as enemies if they’re so stubborn in their views. But when politics and personal identity become so related, we have to be diligent in distinguishing between people and their perspectives.

This is why I hate the term ‘coon’. It oversimplifies the spectrum of racial perspective, and creates factions between people who claim to have the same end goal. Racial equity in the United States will require a large consensus understanding of the issue. This can’t be achieved if the language and concepts of today’s civil rights movement are treated like doctrine, and those who don’t buy into it are considered blasphemous.

Basically, you don’t deserve your Blackness to be questioned if you genuinely believe your stance is working toward racial progress. However, people like me will not hesitate to say you said some stupid shit if you consider protests like the one Sage Steele experienced to be an inconvenience.

So, to Black people for racial equity but critical of BLM-like activism: your perspective deserves to be torn apart, but your character doesn’t.

UPDATE (5/2/2019): I’ve followed Sheriff David Clarke on Twitter for years now. Clarke does not do his due diligence in researching issues of racial inequity before commenting on them. Frankly, I don’t think he re-reads or looks into anything he’s about to tweet. Along with his record of defending racist/sexist behavior from White men (here and here to start), pandering for power in the mainstream conservative movement, abusing his power as a sheriff, and being woefully unaware of how White conservatives have used him, David Clarke is the definition of a coon.