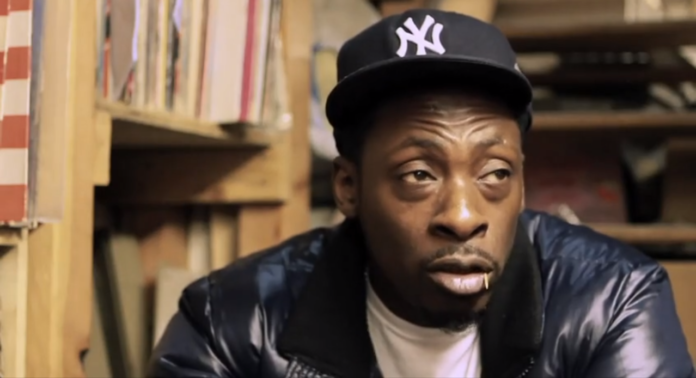 “These kids don’t give a fuck about the culture.”

A write-up by Brent Bradley on DJBooth assesses the accuracy of this statement made by legendary hip-hop DJ and producer Pete Rock. While Brent challenges Pete Rock’s statement by pointing to today’s successful acts that have shown clear awareness of hip-hop’s roots, I’m going to reach back into history. The 90s was not as golden as figures such as Pete Rock like to think, and hip-hop’s roots are a slap in the face to other forms of music in the same way some of today’s popular hip-hop acts are to older figures.

It’s easy to have a “good ol’ days” mentality about music when looking back because the only parts of past eras anyone ever talks about are the iconic ones. For instance, ’90s hip-hop fanatics will rave about Pac and Biggie, but wouldn’t dare mention the platinum-selling Vanilla Ice. And maybe today’s young hip-hop fans will rave about Drake, Kendrick Lamar, and J. Cole. But wouldn’t they be misrepresenting the times if they didn’t acknowledge Soulja Boy’s presence?

Netflix’s The Get Down did a great job of depicting what the backlash to hip-hop’s beginnings looked like: street kids fucking with beautiful disco records, making a mockery of “real music”. As explained in my breakdown of The Get Down, that “scratchy shit” was a pain in the ass before it became the legendary roots of today’s most popular subculture.

In many ways, new-age hip-hop artist such as Lil Yachty and Lil Uzi Vert are just like Zeke, Shao Fantastic, and the Get Down Brothers in that series. They are innovators within a culture who have been influenced by its predecessors, but are so radical in their new approach they piss old-school loyalists off.

All this talk about younger folks in hip-hop being disrespectful? How about Grandmaster Flash coining the phrase “the whackness” in reference to the sung verses prior to a disco breakbeat? Hip-hop’s roots are considered a slap in the face to disco culture.

A lot of the frustration around new-age hip-hop artists—condescendingly referred to as “mumble rappers”—is this idea that they aren’t upholding or respecting what “real” hip-hop is all about. What a lot of “mumble rap” critics fail to understand, however, is that hip-hop has never meant just one thing to all fans.

When Rich Homie Quan was clowned for not knowing the lyrics to Biggie’s ‘Get Money’ verse in a tribute on VH1’s 2016 Hip-Hop Honors, he shocked many by saying he didn’t grow up on Pac and Biggie. To Quan, OutKast was much more relevant. To Quan, hip-hop was Southern.

In an age where the most successful hip-hop artists are masters of melody rather than bars, many of today’s rising stars have done just that—master melody.

Take one of Lil Yachty’s most successful singles ‘Minnesota’ as an example. In many ways, it’s shit. The high note he tries to hit for half of the hook isn’t clean at all, and the lines aren’t very clever. But that perceived weakness is a strength when you consider the upbeat, child-like simplicity of the piano driving the melody. Yachty compliments it perfectly, and the result is a simple, innocent vibe with trap-influences. It’s strange, but for what it is, it’s dope.

It’s also dope because more than any other genre, hip-hop has proven to be the most encouraging of a do-it-yourself attitude. Young Chop made some of his biggest hits using his laptop keyboard and FL Studio. Murda Beatz learned to make Migos-like beats all the way in Fort Erie, Canada. Desiigner recorded his #1 single ‘Panda’ using a $200 beat he bought off of YouTube. The ways in which today’s hip-hop artists can manipulate all the technology readily available to them is unique to this generation.

If 90s rappers had as much access to the kind of production technology today’s artists have from their parents’ basement, would everyone really just stick to dry vocals and 16s?

In an age where the voice and instrumentation can be so easily manipulated, and as hip-hop grows more into pop culture, it’s easy to see why the care for lyricism has slipped. But to say it makes the music garbage is ridiculous. And to say it doesn’t belong in hip-hop is very shortsighted. It wasn’t too long ago a certain Kanye West wasn’t allowed to rap due to his style and image. And it’s not like gangsta rap’s explicitness and subject matter was always considered to be standard in hip-hop.

Simply put, the pioneers and strongest supporters of any era of music are likely to push back on new shit. But hip-hop is starting to make massive waves in global pop culture. Whether we like it or not, both creators and consumers in hip-hop are contributing to an intense movement of music, dance, speech, social values, and political views right motherfucking now. Fighting over who is the “realest” or most “respectful” in this movement is about ego, not the culture.

So, to the living legend Pete Rock, and his peers who share similar viewpoints, make your interactions with today’s representatives of hip-hop productive. Otherwise, you are hurting the cause, not helping it.