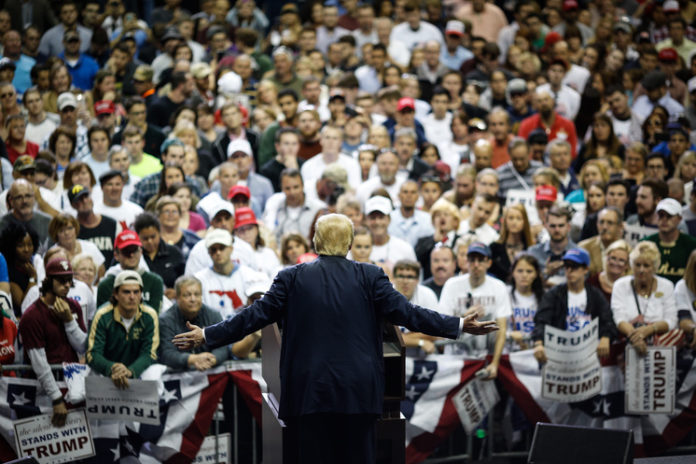 America’s immigrant communities are not monolithic. Like White Americans, Black Americans, and various Christian denominations, American Muslims and Somali-Americans can differ in their political views. Suber Mohamed is a Somali-American from Brooklyn Park, MN. He is a Republican, who supported John Kasich during the primaries. Heading into the presidential election, Suber now plans to vote for Donald Trump despite some reservations. His perspective will challenge you to think of the candidates beyond the shit-storm of scandalous news in the past week.

Where do I begin?

This has been the most divisive and polarizing election year in modern history. These candidates have been the worst candidates nominated in both parties’ histories.  Both have atrocious favorability ratings and competency issues. Former Secretary of State Hillary Clinton is viewed as an untrustworthy and corrupt candidate because of a lot of controversies that have culminated over her 30+ years as a public servant. But this piece is not about her and her shortcomings. Rather, it’s about why I, a Somali-American Muslim, agrees with the majority of Donald J. Trump’s views on the economy, social justice, and foreign policy.

This is the first presidential election I am eligible to vote in, but it won’t be the first time I participated in the political process. I have always loved politics. Earlier this year I caucused for Governor John Kasich in the Republican primaries in my home state of Minnesota. I saw Governor John Kasich as a man who could bring a lot of what Donald Trump is currently advocating to fruition. I favored Kasich for his experience, but not just any experience.

What a lot of politicians who aspire to become President lack is executive leadership. Executive leaders bring a skill set that others lack which I call operational capacity. It is the ability to negotiate, solve complex problems, and make decisions that directly affect the constituency that leader serves. For perspective, I attribute the failure of some of President Barack Obama’s policies to his lack of executive leadership.

A prime example of his inability to lead is the issue of repatriation. Companies like Apple that make, distribute and sell their products internationally have trillions of dollars parked overseas. They refuse to bring that money back to the States because of the absurd tax rate they have to pay on products they made and sold in a foreign country. Economists estimate that there is 2.1 trillion dollars in profits waiting to be brought back. To put that into perspective, the money that is waiting to be repatriated is equal to 55 percent of the United States government budget. That is money that can be spent on improving companies through hiring, building and continuously improving. Imagine the overall benefit of having 2.1 trillion dollars injected into the American economy. This is not money the rich just put into their pockets, it only benefits the average American. These companies want to pay a tax, but not 35 percent. 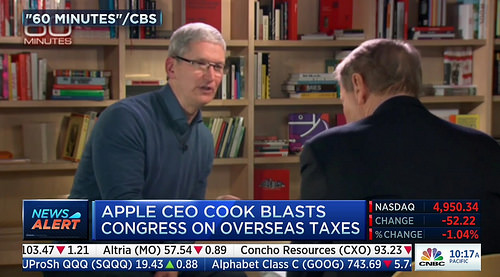 In roughly 8 years, President Obama failed to get the necessary stakeholders to agree on a number, and it’s not because he didn’t want to. It is because he didn’t know how to. He never negotiated anything nor was he held accountable for anything as a senator in Illinois. America deserves leaders who have executive leadership, whether they obtained it from the public or private sector. I sincerely believe that Hillary is cut from the same cloth as Obama in this regard.

Donald Trump gained executive experience from building The Trump Organization. He started out developing low-income housing and moved up the ranks in the real estate business. Over a career that spanned 30 years he propelled his company and brand to a household name supported by iconic assets in most of the major cities in America. He has employed tens of thousands of Americans, building one of the great private family businesses in America. I could continue talk about his competency by rewriting his biography, but I would like to discuss his policy issues.

I have always favored a non-interventionist foreign policy, and Donald Trump speaks to that. He hammered down a foreign policy that puts America first by not spending trillions of dollars destroying and then rebuilding countries, the majority of them being inhabited by Muslims. He advocated against spending the enormous amount of money we earmarked for rebuilding other countries, and instead use it to educate our youth, particularly in the African-American and Hispanic communities which have been abandoned by policies set forth by the Democratic Party.

This is in stark contrast to Democratic nominee Hillary Clinton who voted for the Iraq war and supported the authorization of airstrikes on the Libyan government during her time as Secretary of State. Libya is experiencing total state failure, and surprisingly ISIS has gotten a strong foothold in eastern Libya. This failure can only be attributed to our President and former Secretary of States’ inability to learn that taking out foreign leaders and replacing them with “democratic” governments has never worked for us. Donald Trump’s policies put America first by not acting like the world’s policeman.

Donald Trump’s economic agenda is a fairly simple one. First, he advocates for a tax cut for all working Americans, cutting regulation so businesses can thrive and new businesses can emerge. He has also been vocal about balancing our federal budget so we can pay back our debt obligations that is going to reach 20 trillion dollars by the time a new president is inaugurated. What these policies would do is unleash the power of the American economy, and realize a GDP growth north of 4 percent. He also advocates renegotiating our disastrous trade deals that put American workers in the back seat resulting in continuous shipment of well-paying manufacturing jobs to countries we have trade deals with.

Donald Trump envisions an America where everyone can make it, not just the wealthy few. He envisions an America that works for everyone regardless of race, gender or ethnicity. He understands the grievances we have with cops who are not accountable and are sometimes biased against minorities particularly African-Americans. He criticized police conduct at a recent Ohio rally regarding the shooting death of Terrence Crutcher, a father of four, by a white police officer in Tulsa, Oklahoma.

The Democratic party is notorious for negatively labeling Republican party candidates in the heat of a presidential campaign. They vigorously attacked 2012 Republican candidate Mitt Romney for being out of touch with regular Americans simply for being wealthy. This time around, through millions of dollars in television ads, they unsuccessfully tried to label Donald Trump as a racist who only cares about himself. The hard part is getting past what social media, cable television and surrogates think about Donald Trump, and to start focusing on whether his policies actually favor the American public.

Donald Trump’s education plan is not going to be run by some bureaucrats in Washington D.C. The Department of Education spend close to 70 billion dollars every year. Trump advocates to block-grant that money to state and local government where these students live. He also believes government should provide low-income students with money to choose a school they want to go to. This is going to drastically effect education, because lower income children would have access to higher quality schools.

All of this is not to say I fully agree with everything Donald Trump proposes. I am a firm believer that there will be never be a president who his perfect to an individual. In a two-party system we are unfortunately left with two viable choices and as a voter we must choose which one is closer to what we believe in. One is a career politician who has been in the arena for 30+ years and is very cozy with big campaign donors who influence every decision she makes. Former hopeful democratic nominee Bernie Sanders phrased it beautifully by stating on the debate stage, “Wall Street might be greedy and fraudulent, but they are not dumb. Why are they making a 15 million dollar contribution to Secretary of State Hillary Clinton?”

It’s time for Americans, particularly minority Americans, to wake up and realize that the Democratic party has not done anything for them. African-American per capita income has declined almost 4,000 dollars since President Obama came into power. Murder rates in urban areas are continuously rising, and relations between racial minorities and the police are at their worst in decades. We need a drastic change in the status quo. Let’s put a private citizen in the White House who has not been tainted by the corrupt elements we have been all too used to.