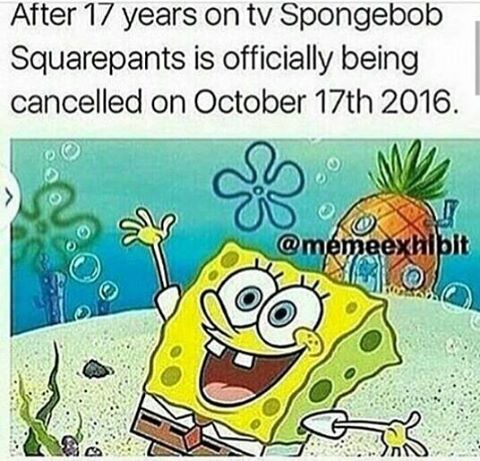 Spongebob Squarepants is not being cancelled. This is not the first time an unfounded rumor of Spongebob canceling has gone around. You owe us an apology if you shared a captioned image as the only proof that it is.

Okay, I’ll calm down. As deserved as that condemnation of reactionary social media posters is, my problem isn’t with a person. My problem is with our lack of Internet training. Which sounds ridiculous, but seriously. It is a virtually infinite web of information, but it’s NOT the new-and-improved gospel.

That being said, there are a number of ways you can check the credibility of the information popping up on your feed. Here are two tips before I start talking about Snopes:

Fact-checking a piece of information in today’s world is almost as easy as it is to circulate the shit. Snopes is one of the leading hubs of information vetting online, and I think you should use it more often.

In its fact-checking section, Snopes will report a claim, then deliver its verdict on the truth of that claim. After concluding whether a claim is true or not, a Snopes writer will then follow up with the information that led up to that conclusion including the following: the major influencer of the claim, the exact piece of content used to circulate it, and a brief tracking of how the content was interpreted leading up to it being believed as true.

Here’s a recent report on the claim that Jill Stein endorsed Donald Trump: 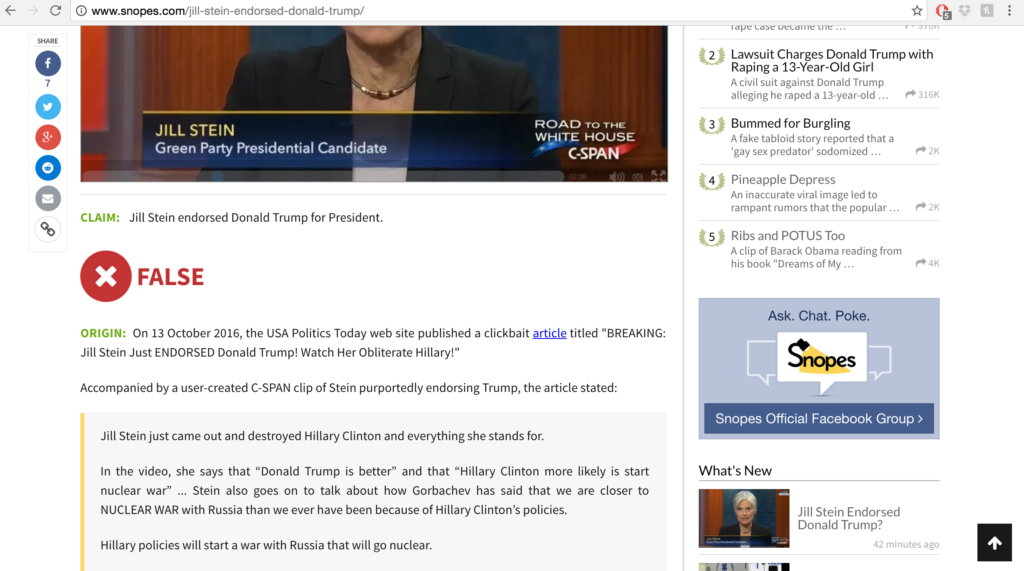 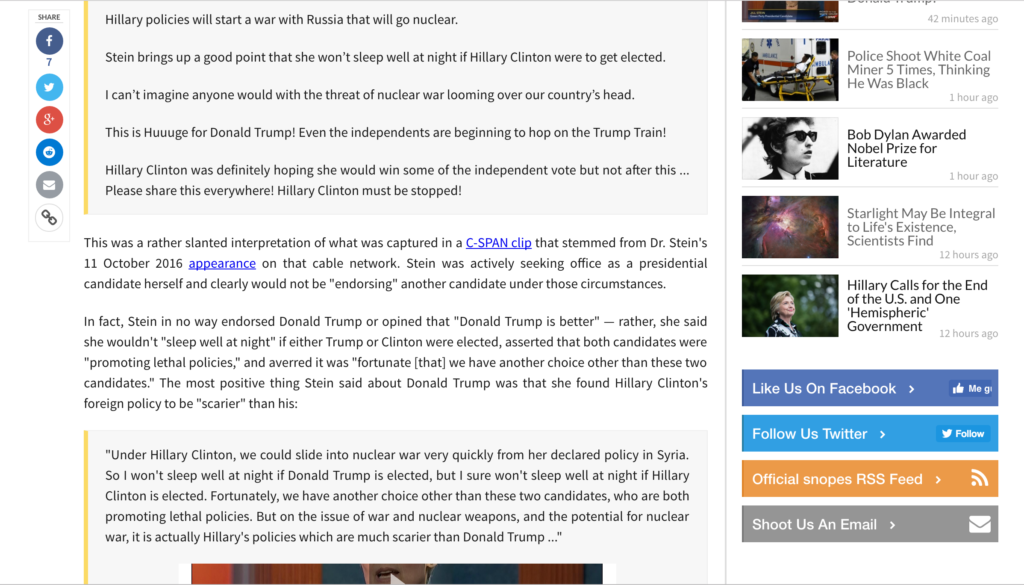 On top of delivering those vital and clarifying pieces of information, Snopes will straight-up tell you if a news source has a reputation for publishing click-bait or blatantly false information. In a recent investigation of a story claiming U.S. cops shot a White coal miner thinking he was Black, Snopes took aim at World News Daily Report and said this:

Knowing there are admittedly fake news sites online is sad. Knowing people consume their products enough to keep them successful is sadder. Gladly, a quick read of a report like this will make you many times more wary as you march through the Internet.

I also really like the verdict of “Mostly False”. In these cases, Snopes will explain where a claim contains some truth. But then they go on to point out where a gross misinterpretation occurred. After reading a number of Snopes reports, trends in how people take info and run with it become way more apparent. It genuinely helps you seek truth and cut bullshit out from your social media.

Whether you make a habit of Google-searching, using Snopes or a similar resource, or actually taking the time to read the stuff that pops up on your feed, I’m begging you to pay attention online.