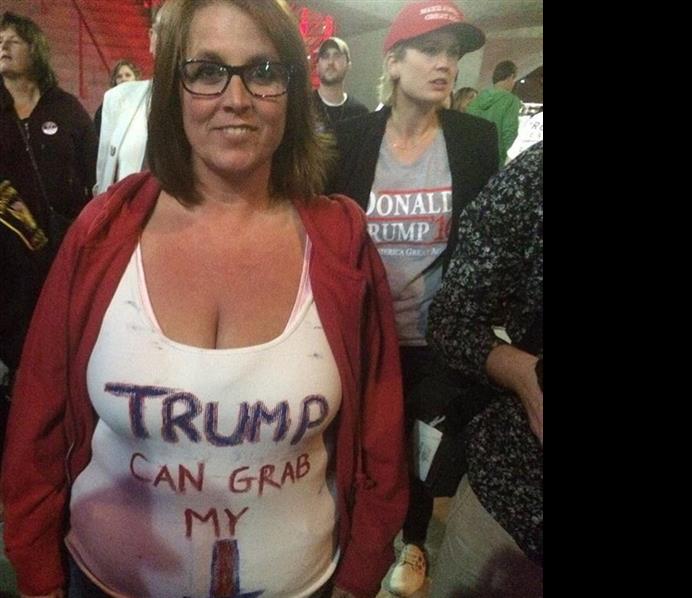 What appears to have been started as a trend mocking women who continue to support Donald Trump, the discussion under the #WomenWhoVoteTrump trend has grown highly contentious on this beautiful Friday afternoon.

It’s a very interesting discussion. The women who claim to be voting for Trump have provided several reasons for their continued support: belief in Trump protecting America from refugees, prioritizing political issues over the character evaluations of each candidate, and belief in Trump as someone who isn’t deceitful and above the law like Hillary Clinton supposedly is.

Black #WomenWhoVoteTrump will not be used as political slaves by the dem party. We want Jobs & the American dream not welfare. #VoteTrump pic.twitter.com/qhAOojTjyH

#WomenWhoVoteTrump aren’t manipulated into voting with their emotions, instead they pay attention to policy.

I will no longer be owned by the dishonest media or the phony government, that’s why Trumps got my vote ! #WomenWhoVoteTrump

#WomenWhoVoteTrump want someone who will enforce the laws of our country, not find a way to personally get around them for herself.

Getting past the validity of these statements, #WomenWhoVoteTrump makes it clear what the priority list of concerns looks like for women who are voting Trump. Concern over Muslim refugees living in the States and distrust of America’s political establishment are enough for these women to disregard the recent Trump tape scandal. To them, paying attention to the real issues (i.e. Democratic manipulation of the media, America’s border safety) is substantive discussion. Some stuff Donald Trump said 11 years ago? Simply a distraction.

On the other side of this conversation, criticism of the women voting for Trump is mostly coming in the form of shock that these women would disregard Trump’s record of sexual misconduct.

#womenwhovotetrump are okay with a grown man who has consistently belittled, insulted, stereotyped and sexualized women and even children

#WomenWhoVoteTrump have no self respect. How could you honestly support a man that calls himself a star as justification for sexual assault?

Are you being held against your will #WomenWhoVoteTrump? I’m worried. Blink once for yes, twice for no

A significant percentage of tweets condemning the women who are voting Trump did come in the form of character attacks. That is unfair, but the questions they are raising are not. Are personal character and policy proposals mutually exclusive? In this election, that line has been erased. Among other things Donald Trump has brought to American politics, he has reminded us that character does matter. In the same way he claims his business acumen will save the nation from debt and bad trade deals, why does he get a pass from #WomenWhoVoteTrump when talking about racial or gender inequality?

This trend is only the latest demonstration of the comeback civic engagement has made in American politics. As we head toward November, it will only increase.