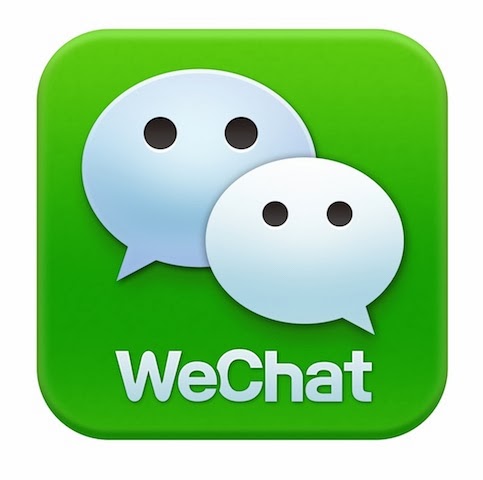 Originally featured on Zachary’s website (zacharyhurdle.com). Can also be found on Civic Eagle

If Zachary’s thoughts on a Chinese social credit score system didn’t blow your mind, let him tell you why Facebook Messenger should be considered an industry. Yes, an app as an industry. Shit is wild, but the way we live our lives on a daily basis is rapidly changing. It’s all happening on the other side of your phone screen, and this article will help you understand the craziness.

The history of mobile apps most notably dates back to the introduction of the iPhone and subsequently, the app marketplace. Several months later, the Android marketplace among several others came into existence. The ability for consumers to become producers in a facilitated space soon became a prominent idea and thus we witnessed the onslaught of millions of mobile applications. Millions so as to suit the needs of many consumers.

We are exiting this age as singular apps begin to provide functionality for all of our needs. These multifunctional apps can be referred to as super apps. I previously made a vlog post about super apps and the implications they carry on my website. While changes are occurring with the mobile application sphere, I am not writing to highlight those changes, but more so to suggest that the space itself is being observed from too narrow of a viewpoint. Or as Paul Krugman illustrates, the current model is dependent upon a variable that is assumed to be true. The variable here assumes apps that do not influence other apps. As a developer, apps are published to fulfill a particular need so as to gain popularity and to monetize. With the introduction of apps that serve many purposes the utility in any given app is now multifold and must be taken into account in order to achieve the goal of gaining popularity and monetizing.  Along with consumers expectations changing, so too are the methods by which developers must approach app development. I would like to suggest that the rising expectations of consumers has brought forth a different method of understanding the app space.

In economics, there exist two terms called forward and backward linkages. With Minneapolis Airport as an example, we can see forward and backward linkages in action. The airport exists to provide individuals with quick transportation to other areas, but as a result of layovers, untimely arrivals and so on, individuals often spend a decent amount of time at the airport. Their prolonged stay encourages other businesses to offer their services to wary travelers. So we begin to see various restaurants, shops, and bars, among other things, pop up and cater to these needs.

We can observe the same phenomenon in popular platforms like WeChat or Facebook, as we can see in the graphic below:

An app that began as a basic chat platform has now evolved to a service that not only allows one to communicate with their friends, but also manage various types of information, play games, find and connect with others, and connect with other services such as food delivery and taxi services. The inclusion of one’s personal information, the wallet and bank account, allows for usage of third-party services, thus bringing an even greater utility to the WeChat or Messenger app. These functions are by no means new, but are becoming more prominent and thus expected. And so we can view WeChat or any other app as the primary industry and subsequent connections with one’s wallet and food and taxi services as secondary industries.

These parallels could mean that we can more accurately predict the trajectory of mobile applications because the theory of forward and backward linkages lies within an existing field of economics known as development economics. While development economics examines developing countries, the ideas themselves could prove to be beneficial. Conversation about apps more often than not yields the volume of developers in the marketplace and how much they are developing, the types of strife that developers will experience because of high barriers to entry, or how apps are becoming irrelevant. The conversation should shift from the impact of an individual app in a marketplace, to multiple apps in an industry. The proper field is being explored and referenced, but improper models are being used. With the changing app space, so to must our assumptions of how individuals are functioning within it must change.