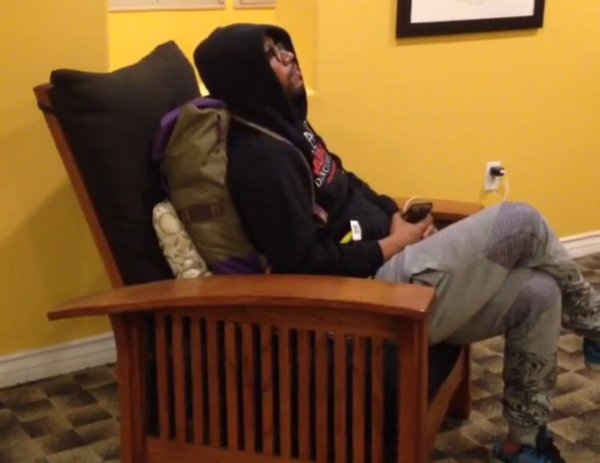 You’ve probably investigated why Columbus Short was a trending topic today, haven’t you?

It’s only Tuesday and Columbus short up next pic.twitter.com/ElJ0z2aSBx

Thirsty ass. Ready to RT the fuck out of someone’s business and laugh at their pain.

But hey, that’s not a fair judgment of you as a person, is it? I mean, at this point the belief that we’re all entitled to the information on the internet is a norm.

And we couldn’t care less how personal it is.

Though most of us aren’t the people doing the exposing, this is easily one of the top three millennial guilty pleasures. ‘What are we?’ relationships and Netflix probably being the other two. Maybe Tindr squeezes in there on your top 3, shit, I don’t know.

Anyway, we’re all guilty of being entertained by the occasional celebrity scandal. But when a friend of mine prompted me to view the trending topic, I was just upset.

Why should I care? What good am I getting by watching a man frozen in the ‘EXPOSE HIM’ spotlight? Am I supposed to feel better about myself? Is it supposed to be a pick-me-up to get my day started right? Is it an opportunity to post something clever and get the hollow satisfaction of my friends’ likes?

Some of these reactions are on point though:

ME. every time i hear Columbus Short has taken another L pic.twitter.com/kHm3GBgQGf

I understand I’m giving it more attention by writing about it, settle down. But really though, our collective addiction to intimate details of people we otherwise would never know is bothersome.

It’s not that gossip suddenly became a thing once Twitter got hot. But the platform highlights it in a way we’ve never seen. And frankly, it’s gross.

In the age of information, you can’t help but care about the fuckery that flies through Twitter daily.

On one hand, the world is becoming more intimate. People can be invested in other people and things that they never would have had the chance to engage with. When Black Lives Matter gets global support and North Africans successfully topple oppressive rulers, we can be proud in knowing that social media facilitated these world-shaping events.

But then there’s thorough discussion about Ayesha Curry being the ultimate “good girl“. Or how people were rooting for Columbus Short to stop getting into trouble in the public eye.

In fact, log onto Twitter at any moment in the day and I bet at least half of the trending topics are the names of individual persons. Whether viral sensations or A-list celebrities, Twitter is known to hype the fuck out of a name.

You probably don’t think my claim is bold in any way. And you’re right, we all know people love to talk about other people. But with so much happening in the world, why are there 18,000+ tweets about a guy cheating on his wife? Doesn’t that shit happen all the time? The only distinction here is that the guy was on Scandal, so Twitter just haaas to care about it. Right?

I’m certainly not done writing on this topic, because people certainly won’t be done being chatty-patty on Twitter, as the great Dame Dash would say.

Just consider all of this the next time you spend 15 minutes too long reading about an actor’s personal problems you mildly care about.