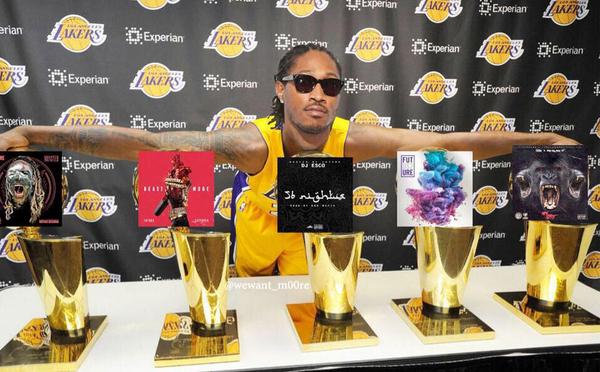 Even back when he was A1’s freshest face and had Rocko and Young Scooter all over his music, Future has been Future. Both his image and his musical output has been extremely consistent. When ‘Commas’ took over the airwaves earlier this year, no one should have been surprised. Much like ‘Move That Dope’, ‘Karate Chop’, ‘Turn On The Lights’, and other singles before it, ‘Commas’ was a smash with an anthemic hook and great replay value.

But this is different. The rise of ‘Commas’ coincided with the release of 56 Nights. Upon listening to 56 Nights, a lotta folk experienced a life-changing revelation: Future has been dropping fire non-stop since his second album Honest came out.

Off the strength of ‘Commas’ and 56 Nights came newfound praise for both the January release Beast Mode and especially for the Fall 2014 release Monster. All of a sudden, Future isn’t just a hitmaker. He is a top-10 hip-hop artist. A mixtape messiah. DS2 became highly anticipated. A fucking “Future Hive” popped up after news broke that his ex, Ciara, was booed up with Russell Wilson.

So he definitely had hits, a fan base, and a unique and increasingly sophisticated sound before this summer. Why is he receiving this frenzied attention now?

One thing to note about this drastic change in popular opinion is the replacement of condemnation and ridicule of his sound with reverence and support. His prior reputation as simply a hit-making trap artist kept the court of public opinion from embracing his autotuned crooning and mumbled flows as anything but irritating and hard to understand. Now though?

In the past 30 days, the phrase “Future is a genius” has been tweeted almost 400 times. It’s not a joke anymore. 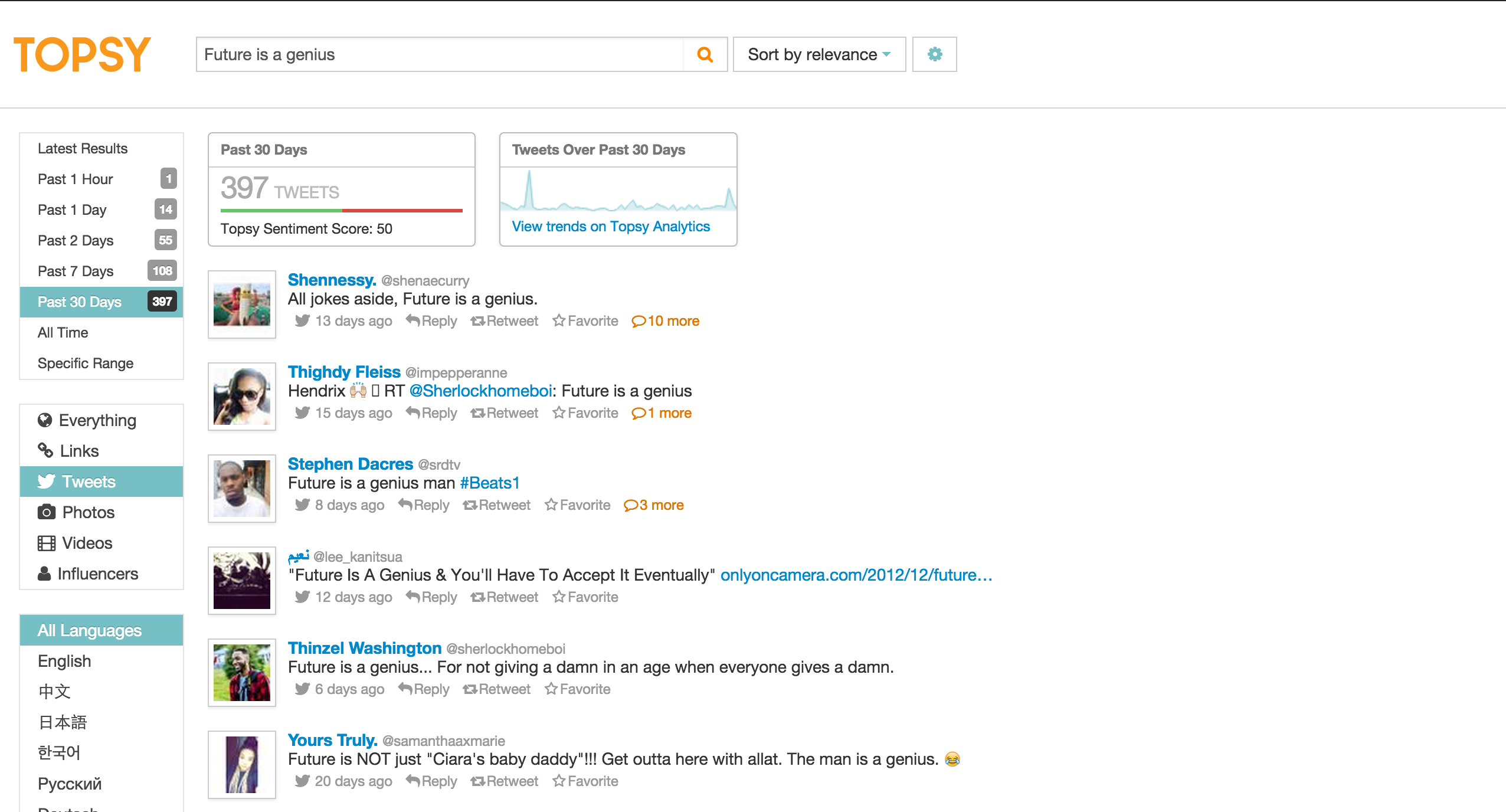 Hyperbole aside, the voices of Future’s critics have not been nearly as loud as they have been in the past. That isn’t to say they don’t exist or aren’t criticizing him in force, but major hip-hop publications and figures are showing nothing but support during his recent surge.

Appreciation of Future’s music does not mean hip-hop is abandoning the values of lyricism and thoughtful subject matter. For one, in my opinion, Future’s songwriting is quite underrated since many couldn’t and still can’t get past his enunciation patterns and/or subject matter. Secondly, Future’s surge in popularity seems to be serving more as an official recognition of newer Southern rappers as a part of hip-hop. Despite the popularity of numerous post-2010 acts from Atlanta and Memphis, it has been acceptable to hold the belief that these artists were simply part of a trendy sub-genre that could easily be written off as “not real” hip-hop. Future’s elevation is forcing people to understand the idiosyncrasies of new wave Southern hip-hop artists rather than shit on them for being different. Even if folks aren’t as quick to hop on the OG Maco or Snootie Wild bandwagons for instance, Future’s popularity bodes well for them and similar artists.

This is not to say we can’t criticize these artists as we would any other artists. However, when someone has a sizable and consistent portfolio of work such as Future, the hip-hop community is learning not to disregard these sensations so readily. That being said, I don’t fuck with how sudden this outpouring of love and support is. As said previously, Future definitely had hits and a fan base before this summer. But a his own hive? “Where ya ass was at” when Honest only sold 53,000 in its first week?

This newfound appreciation of Future is disappointing because it seems to be built more off of a wave of hype rather than a significant number of people reassessing what they once disregarded. Still, I’m glad to see consumers rethink conventional definitions of artistry and publicly accept Future’s greatness.