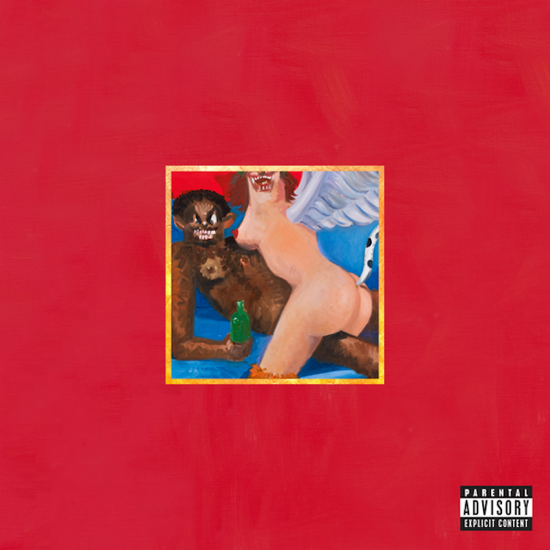 In light of Kanye West recently changing his upcoming 7th solo LP’s title from So Help Me God to SWISH, I thought sharing this tidbit would be interesting to the more detail-oriented fans out there.

If you didn’t hear back in 2010, Kanye had people thinking his 5th solo LP was going to be called Good Ass Job before he ultimately decided on and released it as My Beautiful Dark Twisted Fantasy. Really.

I stumbled across this RapRadar article while looking for info on SWISH and read the piece + comment section to my nostalgic delight. It made all the sense in the world in the summer of 2010. People were anxious to know if Kanye would get back to his rappin shit after the experimental 808s and Heartbreak. Good Ass Job was a clear nod to his first three school-themed albums. Now that Kanye had “graduated”, it was time to get a “good ass job”.

Years later it’s funny to think Kanye’s magnum opus could have been called Good Ass Job. There’s no way that title would have done the album justice and Kanye thankfully felt the same way.

I bring this story up to further highlight West’s tendencies when rolling out new projects. He dropped an experimental album in 2008. Two years later a classic, more complete version of the Kanye we know and love (or hate) arrives on MBDTF. Another envelope-pushing album, Yeezus, drops in 2013 to mixed audience reviews (despite critics lauding it) and here we are in 2015.

If he’s truly on his “God-level rapping shit” as Travis Scott exclaimed recently, this album will be Kanye’s return to form in the way his verses on MBDTF destroyed any notion that his bars fell off after 808s. Based on history and the songs he’s released in 2015, this album could very well be another brilliant leveling-up after a brief departure from his more signature sounds. Much like the singing and autotune was toned down but optimally used on songs like ‘Runaway’ and ‘Hell Of A Life’, it wouldn’t be surprising to hear more effective uses of House/Industrial sounds and perhaps a feature or two from Grime artists on SWISH. And of course, don’t be surprised if the album is called anything other than SWISH once it drops.

Sometimes, all you have to do is look to the past to see what the future holds. No one likes unwarranted hype, but it could very well be “over for everybody”, as per Theophilus London, once ‘Ye unveils his latest body of work.