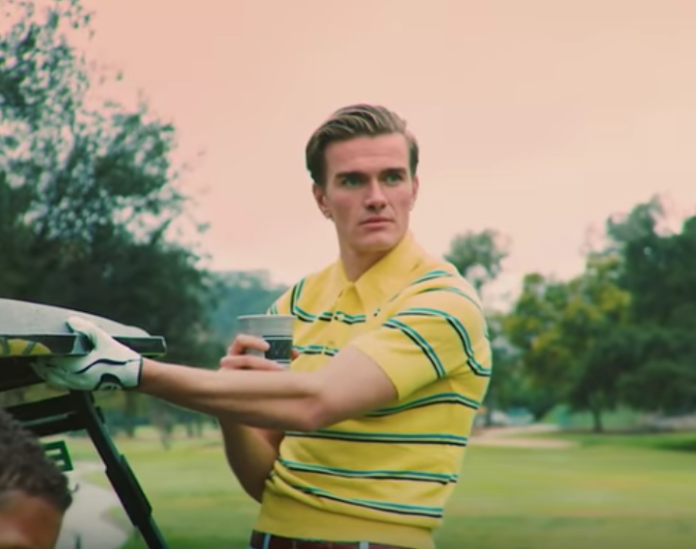 Rae Sremm’s “Swang” video makes their smooth, Southern-bred shit talk accessible to well-off college students that wouldn’t be able to relate to a line like, “I know some young niggas from the bottom. They’ll do anything for a dollar.”

It’s a dope video, and the visual of Swae Lee helping a multi-racial group of girls learn how to golf is something only Swae Lee could do. But it’s a bit uncomfortable seeing the bros in polos do their thing.

It’s hard not to like Rae Sremmurd. Not only do they put out bangers, they easily appeal to pretty much anyone who considers themselves young and likes a good party. Rae Sremm’s Southern hip-hop influences are not lost on anyone who knows their background, but it’s still a party everyone can have fun at. This is good and bad.

The young men at the beginning of this video aren’t doing anything wrong. They just remind me of college students who are more passionate about 21 Savage’s music than people who grew up in those conditions. Again, the lack of personal relation to the narrative is interesting. Music, especially hip-hop, can serve as an accurate look into different life experiences. The narratives of Rae Sremm or 21 Savage are meant to be heard, but people sometimes over-identify with an artist’s music.

Rae Sremmurd is a welcoming presence at the door of hip-hop, but I feel like it makes some people too comfortable.

The demographics of hip-hop fans don’t seem to matter anymore. If you peep enough game, you’ll be able to understand and enjoy any hip-hop artist’s music. Who you are and where you’re from doesn’t matter anymore. You know, Because the Internet (thank you, Donald).

Take me for instance, a first-generation African-American from a low-income neighborhood of immigrants in St. Paul, Minnesota. Despite being a hood in most senses, violent crime wasn’t rampant on my block. However, the lingo of both Drill and Trap music caught on like wildfire among my peers during high school. These days, getting free food from somewhere is a “stain,” someone who acts against your best interests is an “opp,” and the word ‘trap’ is used to describe low-level weed-dealing.

Those examples of my experience are adaptations. Taking what we learn from hip-hop and using it to understand our unique experiences. Though I might use those words in everyday talk with friends, I’m not on Facebook or Twitter talkin’ ’bout “bro nem,” I’m not bragging about my friends pushing dub sacks, and I’m not trying to refer to the police as “12” every chance I get. Simply put, I’m not trying to be Chief Keef or Quavo. I just like how they describe some things, so I fit them into my life.

In a way, the preppy golf kids aren’t doing much different. The line about spillin’ drank coincides with them spilling beer. The video pans to them when Swae Lee says, “Know some young niggas like to swaaaang.” Parts of the “Swang” story are being aligned with parts of these preppy kids’ time on the golf course, and they make sense.

For instance, peep the red-headed owner of the CUFBOYS account on YouTube getting pure joy from reading “No Heart” lyrics with his mother. For simply having a middle class White woman engage with hip-hop, a White guy has hundreds of thousands of subscribers. It’s not his first video featuring 21 Savage’s music, of which he’s presumably a fan. The feel of it is disingenuous, something fun to mimic rather than understand.

Even if you, like me, think these videos are funny, you have to think this unrestricted access to hip-hop needs some guidelines.

It’s not necessarily up to Rae Sremmurd to put a lid on it. Frankly, the people they put in the “Swang” video are the people that play their music the most. And I’d be a hypocrite to say you need a related experience to enjoy certain types of music. If that was the case, most people couldn’t be Migos fans, or Future fans. Frankly, most of hip-hop couldn’t be listened to by most people.

HOWEVER, knowing the narrative and knowing the experience are very different things. Over 10+ years of listening to Southern Trap artists, I can recount a surprising amount of detail about the production of water-whipped cocaine. But listening to Jeezy or the Migos tell it doesn’t give me license to speak on any of their experiences with authority. On the flipside, watch the red-headed kid in the video above confidently argue to his mom that 21 Savage would survive in jail as if he knows him.

Hip-hop artists have cool stories. It’s okay to bite some of the slang or the style, it just means they’re influential. Even today’s great hip-hop artists started off emulating older rappers.

That being said, you have to know the difference between referencing someone’s story and taking someone’s story. If you holler, “Fuck 12!” when your party gets busted, you’re not fucking cool. You were probably doing some dumb shit, and those cops were just doing their job.

So, college-age preppy folks across the United States, I don’t condemn you for being preppy or White. Bump whatever you want to your heart’s desire. Just don’t take the story of a man you only know through Spotify and tell it as your own.