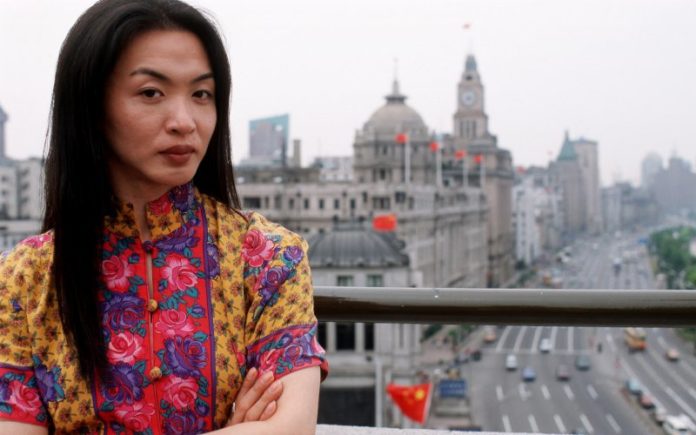 I opened the Economist newsletter I get in my inbox every couple of days because the subject line of this email interested me.

“Meet China’s Oprah Winfrey,” it said. Huh. If anything close to a female media mogul exists in China, some shit really must be going down.

I scrolled past other articles featured in the email to find Chinese Oprah. Once I got there, another twist: “China’s transgender Oprah,” it said.

“The rise of a Chinese reality-TV star reveals how social attitudes are changing,” read the description of the article.

What Jin Xing means to China

The Economist article on Jin Xing was simply the latest content feeding my hungry fascination with the Eastern hemisphere’s superpower. If anything, it made China look more like the United States than many Americans would like to admit.

Xing is understood as the embodiment of China’s social identity crisis. Having served in the Chinese military as a colonel of the dance troupe, Xing is patriotic and understands the experiences of China’s older generations. Also, at nearly 50 years of age, her views on family and relationships are very traditional.

However, her openly transgender identity—one of the first to be officially recognized by the Chinese government—seems to directly contradict her patriotism and conservative values. Not to mention her German husband, American education, and Western sense of fashion. In an interview, Xing’s husband Heinz-Gerd Oidtmann described the first time he saw Xing, saying she had, “A little Chihuahua in one hand, and a Louis Vuitton bag in the other hand.”

A former colonel in the military, elite choreographer, transgender, and fabulous as fuck. She’s also the founder and owner of a top-level dance company, and has a variety show, The Jin Xing Show, that pulls in 100 million viewers weekly. Given all of this, you have to wonder why she isn’t talked about outside of China, and especially in the United States of Supposed Progressivism.

Her biography is worth a bunch of articles, but other sources have covered her background well. I’m here to say that Jin Xing’s success says a lot about how China, and global society by extension, is going to change in the very-near future.

Despite warnings of Western evils from President Xi Jinping, both he and Chinese citizens know that China’s involvement in the global economy and popular culture is crucial to the nation’s growth as a world leader. Though many cling to nationalist values, the Chinese are traveling abroad at a rate greater than most Western countries. 100 million Chinese are expected to visit the United States in 2018, by far the most U.S. visitors of any nation in the world.

China’s growing pains are a contradiction with potential. Jin Xing is that contradiction: the fiercely patriotic Chinese citizen who loves her American education, foreign husband, and freedom to travel the world.

China is gearing up to have a powerful presence beyond its borders. Its investments, businesses, and citizens are beginning to show in ways entities from the United States do. When a worldly transgender entrepreneur is gracing the television screens of millions of Chinese citizens, it’s an in-your-face presentation of the nation’s future. It makes the evolution of Chinese society real in the eyes of the public.

Xing fascinates me because she looks like the believable future of China: a society with strong national roots that is well-traveled and well-educated. It’s hard to wrap your head around a nation of almost 2 billion firmly believing in their conservative values while also becoming a world-leading nation. Having the voice and image of Xing on national television must be surreal. Though the positions of variety show host or dancer are not inherently political, Xing’s identities make her a political figure in China.

The optimistic shock of seeing Xing dominate Chinese society might be like watching President Obama in 2009. Xing’s success and leadership given her repressed identities must force people to examine their views much like a Black man leading the United States did to Americans. According to an article on Tranzgendr, Xing plans to use her popularity as a springboard into serious political roles. U.S. citizens have certainly seen that one before, but Xing’s case is promising.

Xing is not dredging up the basest parts of her nation’s social consciousness to propel her into power. Rather, she is using the appeal of her background and personality to begin progressive conversations. The potential for Jin Xing to have positive political change in China, on top of what she’s done culturally, is a huge bright spot in the world.

Different regions of China fall differently on the spectrum of social and political beliefs. However, it seems safe to say that the Chinese value their travel, strong foreign relationships, and the pieces of Western culture they allow into their daily lives. Xing lives these values boldly in China’s mainstream, making the nation step more confidently into a future where Chinese people, news, and events are as relevant as American ones.