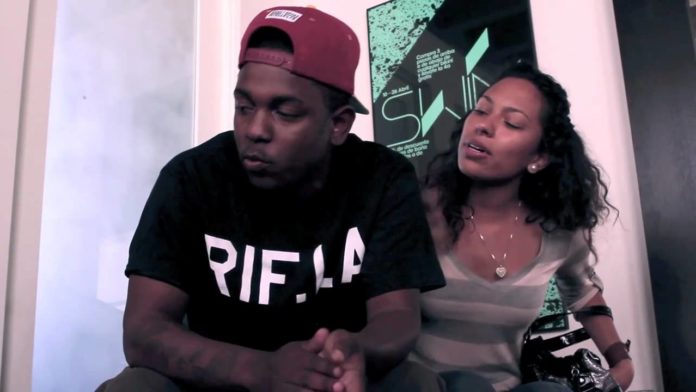 Not many artists can show progression in their discographies as consistently as Kendrick Lamar has shown it. And it’s not just better verses and bigger hits.

In terms of maturity, the originality of the content, and the development of running themes, it’s hard to argue for another hip-hop artist in the past decade that makes projects with the quality and cohesion that Kendrick Lamar does.

Like plots in an addictive series of books, Kendrick has several consistent themes which he expands upon with every project. One of them is the constant negativity following him from childhood. To Pimp A Butterfly shows that making it out of Compton isn’t enough to shake it off. Survivor’s guilt, strained relationships, and self-hatred are all persistent symptoms of his upbringing in Compton.

Hopelessness as a result of a very discouraging local environment is in all of Kendrick Lamar’s projects. Sometimes he talks about it by taking on someone’s story (Sing About Me, I’m Dying of Thirst or Tammy’s Song). Sometimes he lashes out at his delinquent peers (Good Kid) or empathizes with them (Art of Peer Pressure). But on songs like ‘Cut You Off’ and ‘Bitch, Don’t Kill My Vibe’, he’s telling the Tammys and the cousin Demetriuses (Sherane) to move the fuck around.

As much as he acknowledges their commonalities, he realizes he cannot be around them for fear of not reaching his true potential in life.

Speak on something with substance that can get us both paid, rather than telling me how these niggas jockin your style or his rims ain’t bigger, pussy nigga, I’ma cut you off.

‘Cut You Off’ was one of the standouts on Kendrick’s Overly Dedicated (2010) mixtape, the last project before his debut album Section.80. At this point he established himself as a very focused artist concerned with healing many social ills by speaking on experiences in Compton he and his peers had. But Kendrick was not above the occasional expression of ego.

While he is justified in doing so, the way Kendrick goes about addressing toxic people on ‘Cut You Off’ demonstrates the egocentricity that lingered in his perspective. The track contains talk about getting over the negative impact of his community in order to do better in life. He’s frustrated with all the “whoop-de-whoop” and “blasé-blah” people bring. All of the complaints in his verses and the beginning of the hook culminate into the abrasive “Shut the fuck up, ho,” at the end of the hook.

It’s hard to imagine Kendrick speaking like that about his family or peers these days. The way he communicates to them in ‘Don’t Kill My Vibe’ is a reflective, mature version of the “Shut the fuck up, ho” attitude in ‘Cut You Off’.

I can say that I like a challenge and you tell me it’s painless. You don’t know what pain is. How can I paint this picture when the colorblind is hanging with you?

The quote shows Kendrick conversing with someone rather than scolding them about the ill effects of Compton. He explains the difficulty in expressing himself because his peers will find it hard to understand the complexity of Kendrick’s thoughts and feelings.

In ‘Don’t Kill My Vibe’, much like most of Good Kid, m.A.A.d City and TPAB, Kendrick removes his ego in a way not many men in their 20s with a background like his can. “Bitch, don’t kill my vibe” is every bit as pointed as “Shut the fuck up, ho,” but he says it without the holier-than-thou attitude.

He acknowledges his imperfections throughout ‘Don’t Kill My Vibe’, and chooses to calmly communicate his concerns in the verses rather than angrily push people out of his life. He tries to empathize with them instead of scoff at them, replacing lines like “Before your negative energy curve, bitch I’ma cut you off,” with “I can admit that it [his heart] did look like yours.”

Expressing change and personal growth without betraying your image and alienating parts of your fan base is difficult. What makes the ‘Cut You Off’ to ‘Don’t Kill My Vibe’ comparison great is the consistency of the content between the tracks, but with Kendrick showing us the strides someone is capable of in changing personal perspective on the self and past experiences.

Kendrick’s personal evolution shines through in his music. It gives fans a chance to grow with him, or at least better understand what inspires the music. To Pimp A Butterfly is only the most recent example of his ability to show growth and broaden the scope of his messages through his music.

We don’t know what’s next from Kendrick. However, if To Pimp A Butterfly is any indication, Kendrick is not interested in pandering to anyone. He will continue to grow and challenge listeners while unapologetically being him.