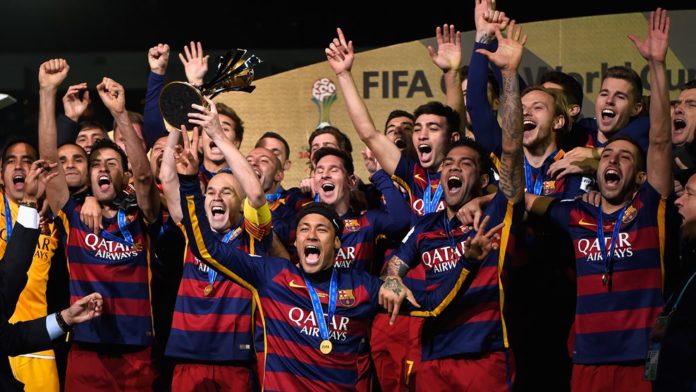 So 222 professional associations (leagues) across six continents, the most valuable sports franchise in the world, collared kits (jerseys) and soccer still ain’t shit to you?

Sure, you swap ‘shoes’ for ‘boots’, your ‘squad’ is a ‘side’ and you play on a pitch instead of throw one, but guarantee you’ve never seen a sport have as much of an impact in the world as soccer.

Welcome to “the beautiful game”, a truly global phenomenon with wide-reaching value that goes beyond enormous corporate sponsorships and the World Cup. Many American sports fans who have yet to realize what lies outside of their borders have plenty to be in amazement of.

The following are highlights of what make the sport and the culture of soccer fun to watch and a globally-unifying force unlike anything—let alone any sport—humans have ever had.

From a neutral point of view, it is much harder to fully grasp the regulations of American football, basketball or baseball than it is to understand soccer. It is especially telling when officials of either sport have to huddle up and refer to the rulebook during awkward in-game pauses. Cultural biases aside, simplicity alone would make soccer an ideal first choice for a sport to love. You don’t have to know too much in order to effectively watch or play.

Along with a lean set of rules comes a free-flowing passage of time. When left to the competitors, time stoppages in sports like American football and basketball can take away from the game itself. Boiling down the last minutes of a game into a strategic battle between two coaches’ understanding of the rulebook and the play clock makes a game’s most crucial moments less about the players and more about technicalities.

Soccer’s system of added stoppage/injury time allows for consistent action and for a certain amount of time to be made up later depending on how often play was stopped during regulation. Not to mention, you can actually plan on leaving a soccer game at a certain time since they either run for 90 or 120 minutes with the exception of penalty shootouts, which happen infrequently and only in certain competitions.

LeBron James and Chris Bosh moving to the Miami Heat in 2010 was enormous. That is the kind of offseason move that fucks a whole league up. It’s not often world-class talent moves from team to team and shifts the power balance in a league.

But what if it wasn’t?

In the summer of 2015 alone, several of the world’s top 50 players according to FourFourTwo moved to clubs in different countries, including Kevin de Bruyne (Germany to England), Arturo Vidal (Italy to Germany), and Douglas Costa (Ukraine to Germany).

International soccer is full of changes, big ones at that. Much like the game itself, rosters are fluid and rarely is there a player deemed too good to move. Consider Luis Suárez, Uruguay’s top player and number 5 on FFT’s 2015 list. Prior to joining the world’s most fearsome attack in Barcelona, he had stints of several years in the Netherlands with Dutch giants Ajax as well as the storied English club Liverpool.

Chilean international Arturo Vidal played for Bayer Leverkusen in Germany, then Italian giants Juventus for four years each before heading over to Munich in 2015.

These changes are frequent and the implications are greater due to two leagues being affected by the moving player in these cases. This prompts fans to keep track of leagues and players outside of their domestic league(s), part of what makes soccer fans the most globally engaged sports fans in the world.

For instance, say you’re a Manchester City fan in early 2015 and are wondering why Yaya Touré hasn’t been playing lately. Learning he’s at the African Cup of Nations helps you understand more about your team, and leads to awareness of competition in another continent and related events (i.e. more African players and their clubs, politics of African soccer, details about the Ebola spread). You can’t help but learn about what’s going on elsewhere once you begin to follow soccer.

Club teams actually have to play outside of their country before their crowned “world champions,” unlike the false sense of world domination professional sports leagues in America give their champions. All major continental football federations such as the Union of European Football Associations (UEFA) and the Confederation of North, Central American and Caribbean Association Football (CONCACAF, what the USA belongs to) have club and national team tournaments to determine superiority in their respective continents. Not to mention FIFA has a club world cup along with the World Cup we all know and love.

Adding to the competitiveness of international soccer is the relative parity the sport enjoys compared to American team sports. The gap between the world’s wealthiest and poorest nations does not reflect as much on the global scale as it does in other sports the United States is known to dominate in. For example, countries like Ghana and Mexico are not hopeless against nations like Germany and the United States on the international level in soccer.

In club soccer you can’t “tank” or rest on your franchise’s laurels and expect to coast through a poor season. Many nations have multiple professional divisions of soccer and the top three teams in lower divisions get promoted to the next highest division. Likewise, the bottom three teams of each division besides the lowest get sent down by one division. This is called relegation. 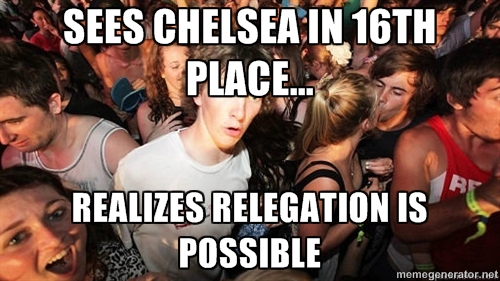 Look at Chelsea in the English Premier League this season. In May 2015 they finished as champions of the league, and months later they’re desperately trying to stay out of the bottom three. No team is completely safe from losing their elite status, and no team is exempt from getting kicked out of their nation’s top league.

This aspect of international club soccer also changes how fan support works. Imagine how many Lakers “fans” there would be if they were demoted from the NBA after the 2014-2015 season?

Not to say there aren’t bandwagon fans in soccer, but many clubs that have history have more than likely seen time outside of their nation’s top division. Some of the most storied clubs in Europe like Leeds United in England or Rangers F.C. in Scotland haven’t been in their nation’s respective top leagues for years and they still have large, loyal fan bases.

And so much more

These are only parts of what make the sport and culture of soccer so dynamic. American sports fans stand to gain a lot from following international soccer or at least increasing their awareness of it.

This isn’t a shaming of American sports culture, but a challenge to be a part of something the rest of the world partakes in. Like the metric system, celsius, and right-side driver’s seats, there are a bunch of things we seem to reject or ridicule about the global community. It’s troubling for a world leader to not partake in something as uniform and as beloved as the world’s game. Soccer is a simple yet powerful bonding agent of our increasingly global community.