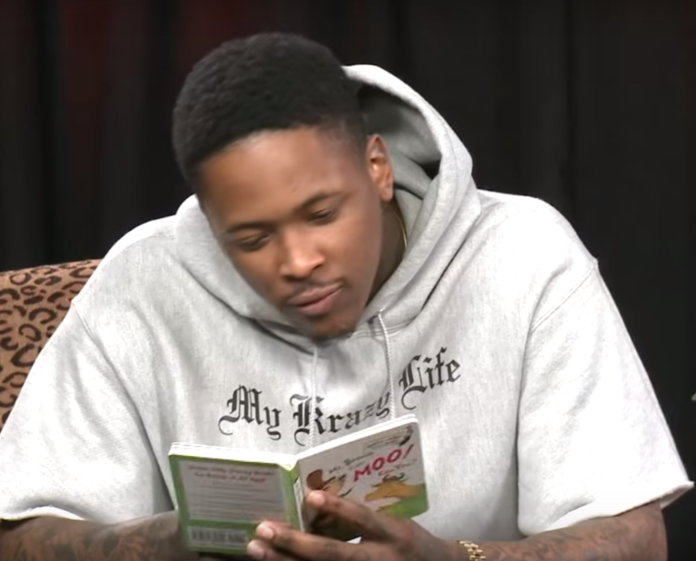 Having a consistent story is crucial in hip-hop. But is it cool to base an entire career on one set of stories and experiences?

I’ve noticed the trend among street and trap rappers in particular. Street rappers in general have to draw from the same stories they did from the jump in order to appeal to their core fan base. Authenticity means more to their fans than fans of other hip-hop acts. Many are able to reflect on the changes in their lives after success and how their new lifestyles challenge them.

Jay Z and Jeezy are great examples of this. Throughout their discographies, you can hear slow shifts from first-person, on-the-scene stories of crime and drug dealing into reflection about those experiences, along with boasts and complaints about new aspects in their lives. Reasonable Doubt and Magna Carta Holy Grail are both same old Jay but with different perspectives, different problems. The same can be said about the progression from TM 101 to Seen It All or Church In These Streets in Jeezy’s case.

On the other hand, many hip-hop artists stick to the same content and perspective they started their careers with. Depending on an artist’s musical growth, fans typically either ride for artists who stick to their roots, or begin to view their stories as played out.

For example, I need an extra finger to count the number of Cocaine Muzik mixtapes Yo Gotti has on my hands—Cocaine Muzik through CM 8, plus CM 4.5 and two parts of The Return of Cocaine Muzik. This consistency might be viewed more negatively if Gotti did not improve his album game and adopt some different sounds like he did on I Am. Hopping on singles like ‘Act Right’ and putting out LPs is what increases Yo Gotti’s commercial success, but his day-one fans are more than pleased with just his mixtape output.

Basically, musical growth is a balancing act between commercial appeal and image maintenance. An artist who doesn’t add to their story or musical perspective has to either keep his image intact, or make sonic changes for the better.

Though music doesn’t need to be autobiographical, elite hip-hop artists tend to have careers that better reflect personal growth and change than their competition. Kendrick Lamar would not be as dynamic if he relied on hot verses and didn’t expand into cohesive, perspective-shifting works like GKMC and TPAB. People wouldn’t tolerate Jay Z in the 2010s if he still rapped like he lives in Marcy. Kanye wouldn’t have made Dark Twisted Fantasy if he did not veer off the comfortable path he paved with his first three albums.

Hip-hop is a culture that values both predictability and change. Though fans can be fickle, there are spaces for both the unchanging and the constantly innovating. While I believe there aren’t enough risk-takers in hip-hop, artists with a consistent delivery of their story also have a place in the culture.