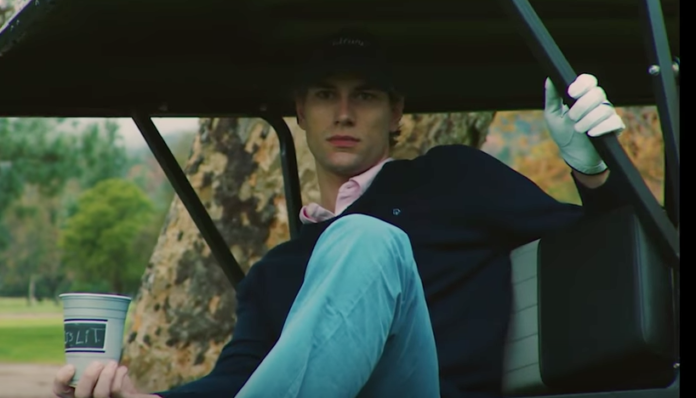 By featuring people in your music video who actually listen to your music instead of the people who you’re music is based on, you’re bound to be way more popular. You’re gonna sell better. So instead of being concerned, like I was in this article, I’m glad to see a more realistic portrayal of Rae Sremmurd listeners in the ‘Swang’ video.

Rae Sremm is dope at any party regardless of who they featured in their videos. But to have real-deal White bros in polos doing keg stands in a song where Slim Jimmy speaks of guys “from the bottom” who’d do anything for a dollar, shit, that’s huge. It’s a respectable license to bump other hip-hop artists at a frat party and claim the same level of attachment to the beloved genre as any Black American living a hood-certified version of the struggle.

But it’s also an oath. An oath to sympathize and empathize with those suffering from the inequalities America’s history as created amongst its own people. An oath to speak out against the misunderstanding of reluctant criminals and the working poor. An oath to always take the seemingly loud and crazy person seriously, for fear that you’re letting a serious human rights violation go unnoticed. For fear that you’re a shitty person for not having noticed a fellow person being shit on for simply existing how they exist.

If those aren’t responsibilities you’re ready to take on, don’t sing along to Rae Sremmurd’s lyrics as passionately as you do. Don’t do the Kodak dance if you don’t understand how narrowed his ‘Tunnel Vision’ really has to be to make it out the hood. Don’t say “we gon be alright” if you don’t understand the pain Kendrick is attempting to soothe. Please don’t.

It would be against our greater capitalist sensibilities to try and bar people higher up on the social privilege spectrum from consuming music based on experiences from the lower end of that spectrum. But if you connect with good music these days, you’re also claiming to connect with the person/people who made it. At the very least, those of us on the lower end of that privilege spectrum, and those who advocate for the lower end, can check you on that part.

Listen to all the hip-hop you want, college bro. If your party bumps, shit, you can even invite me. Just don’t refer to your friends as ‘hittas’, excessively praise Hennessy, or bash cops to try and relate to me. You have to do better as a hip-hop fan.

Note: the Black character who plays the 3rd bro would not be exempt from the messages in either of my two articles about this video. The distance in that hypothetical person’s background from Rae Sremmurd’s background would still be too great for him to claim their story as his own.

The intersection of high class and marginalized racial identity is a tricky one, but simply being Black doesn’t excuse someone from the responsibility of respecting an artist’s stories. If I feel like I can’t completely relate to two homeless brothers from Mississippi turned hip-hop stars, a legacy Black Ivy League student—think Carlton Banks or Troy from Dear White People—damn sure can’t parade around as the hip-hop expert with his White friends.

Long story short, this critique isn’t just for White folks. It’s for anyone who uses their fandom of an artist as an excuse to claim the artist’s stories. In an age where we can figure out our favorite artists’ hometowns, alma maters, and relationship histories before their debut albums, we have to be mindful of this.