Let me get out of the way that, I am a Vietnamese male living in the States.

People still look at me as though they stumbled upon a rare flower when I tell them my name is Tri. A quick search of Tri Vo on LinkedIn bears 185 individual profiles. I am no stranger to feeling like I’m meant to belong to some established group of people and way of living. And yet, I continue to find myself dissatisfying the expectations of any such group that I felt I could belong to.

At basement shows and concerts where the performers are patterned in tattoos and angular hairstyles, I am a firecracker bursting to the slicing roar of the stage. One after the other, the white bodies that often populate the viewing floor take a step back. While I was intoxicated by the crush of sound, there was something unfair about how I danced alone. Out of the corner of my kinetic fury, I often spotted cold stares, either looking on at the stage as though a volcanic eruption could be analyzed in real time, or…

They wanted me to stop? No, that couldn’t have been it. It didn’t matter what those eyes were saying, however – self-doubt would, over time, make its home out of me. To everyone else, I was an Asian-American who didn’t know his place. Get your nose back into marching to the status quo if you know what’s good for you.

I had no one to turn to when these voices were especially hot in my head. I needed something remotely meaningful to help ease the cramps and confusion cooking inside me.

Can you guess what got my attention? It was like the shadow of a figure had approached me from behind. They had a winsome tone in their voice that helped me raise my gaze away from my puddle of uncertainties. Whatever it was they were selling, I was buying – simple as that.

So began my relationship with Anime.

It was a relationship because I had no idea what I was getting into, yet was thrilled to have something worth being genuinely curious about. It was a relationship because it would lead me to the views I hold today. Anime had a dynamic, zany, and overall addictive personality that would soon reveal its photo-negative side – that of a raging liability.

Anime has the inevitable (mis?)fortune of being compared to cartoons when its name is mentioned in places with Western backdrops. And what are cartoons if not juvenile, inconsequential, and only meant for high-pitched laughter from viewers yet to taste the brick red glow of Rated-R?

With that attitude, it’s no wonder little Johnnie from the States thought himself a pioneer when he finds out these cartoons from some Asian country has both violence AND sexual themes. What were Johnnie’s mommy and daddy, also from the States, to do? They thought that China was the only country in Asia that made things that their wholesome American family was willing to let into their house. Whose filthy foreign face do they sue for this assault on their child’s pure and innocent mind?

Meanwhile, little Johnnie from the States is going deeper.

Unlike Western television and cinema, viewing Anime in its original serialized form has largely been limited to the internet. Johnnie learns how to navigate the watery interfaces of the internet and its cultures, of which Anime has established itself as a necessary part of the totem pole and its related rituals. If things move accordingly and he enjoys this newfound lifestyle, Johnnie may decide a STEM career path will work best for him.

Why? Many members of the Anime viewership just so happen to be nerds and geeks, due to the nature and location of the hobby. A successful STEM career means you can glue your eyes to the screen all you want, as said screen often is central to a given STEM profession. That well-lined bank account will have your back covered when your anxious acquaintances come knocking at your door. Can’t be embarrassed about watching those “Chinese cartoons”, that your parents coworkers and fellow churchgoers say will rot your mind twice as fast as regular cartoons, if you’re making twice as much as your hobby’s detractors.

Disclaimer: I am speaking of people in STEM careers who happen to watch Anime, which is a fraction of total STEM professionals. The actual fraction is unknown to me.

My dear reader – doesn’t the name Johnnie strike you as a particularly Western name to you? Doesn’t Anime come from Japan, an Asian country? And, if you have any reference point of how to think of Asians, terms like nerds and geek often appear front and center. There is, however, a meaningful difference that arises when considering how Anime is celebrated across race and ethnic lines. There is a reason why Johnnie is a much more likely name of a “true” Anime fan as opposed to, say, Tri or Shinji.

Much of the appeal of Anime, getting past the out-of-context thumbnails populating Tumblr and the many ways fans express their love of the medium, is the variety of its stories. Nearly all Anime, in its original form, is structured to have a beginning, middle, and end, much like Western and all other kinds of television. If it is a show, it has a script. The genres and subject matter that Anime covers has not been confined to being only specific to Japanese ideas and perspectives. The result is a history of televised narratives that can reach and resonate across national backgrounds. In other words, you don’t have to be Japanese, much less Asian, to see something worthy of merit in these works of storytelling. Simply know how to determine the well-written stories from the rest, and you’re set to watch Anime.

If only it were so simple. Next time, I discuss what Anime has to do with my internal conflict as a Vietnamese-American. Also, notes on why Anime can be a great springboard into talks of the effects of transnational media. And yet, it continues to be a major thorn in the side of Asian-Americans (mind how I did not say Asians).

I will be casting blame on Westerners a little. If you fancy yourself a special Snowflake who happens to live in the States, read the rest of this series at the risk of hurting your ego.

Look forward to it. 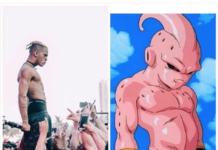 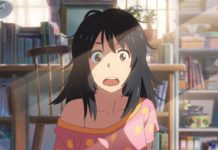