“O-DUB” crested the shirt like “DR. DRE” did on The Chronic‘s album cover. Otherwise, it looked like mid-2000s Atlanta mixtape cover art.

A throwback image of Oprah with a red sweater and three pearl necklaces loomed large in the center, with Dr. Phil in front of her on the bottom left. Both talk show legends were flanked by two White women on old cellphones and a young Black woman seemingly plucked out of a Nelly video. Hundred dollar bills and diamonds fell in the background. The title of this presumed tape, with flame-filled lettering, was Everybody Getta Whip. 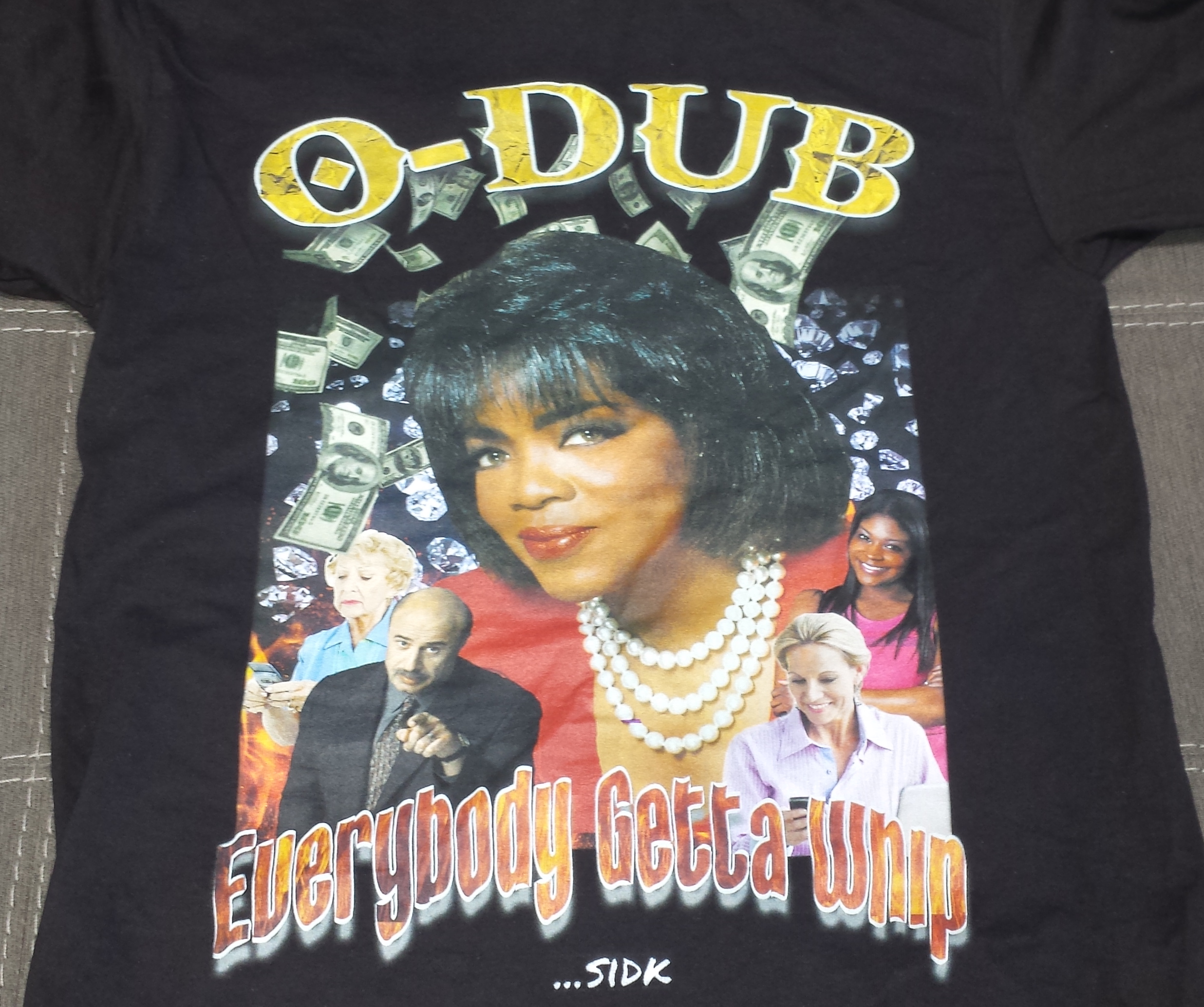 “What does ‘…SIDK’ mean?” I asked Keem, the wearer of this wild shirt, about the acronym placed just below the hoodified version of Oprah’s classic giveaway line.

It was coordinated yet innocently random, as if the designer got on Photoshop and added shit in a reminiscent stream of consciousness ’til they said, “Yooo that’s hard!” The back of the shirt had a list of tour dates the Oprah-led group of characters were supposedly about to go on in support of Everybody Getta Whip droppin’. 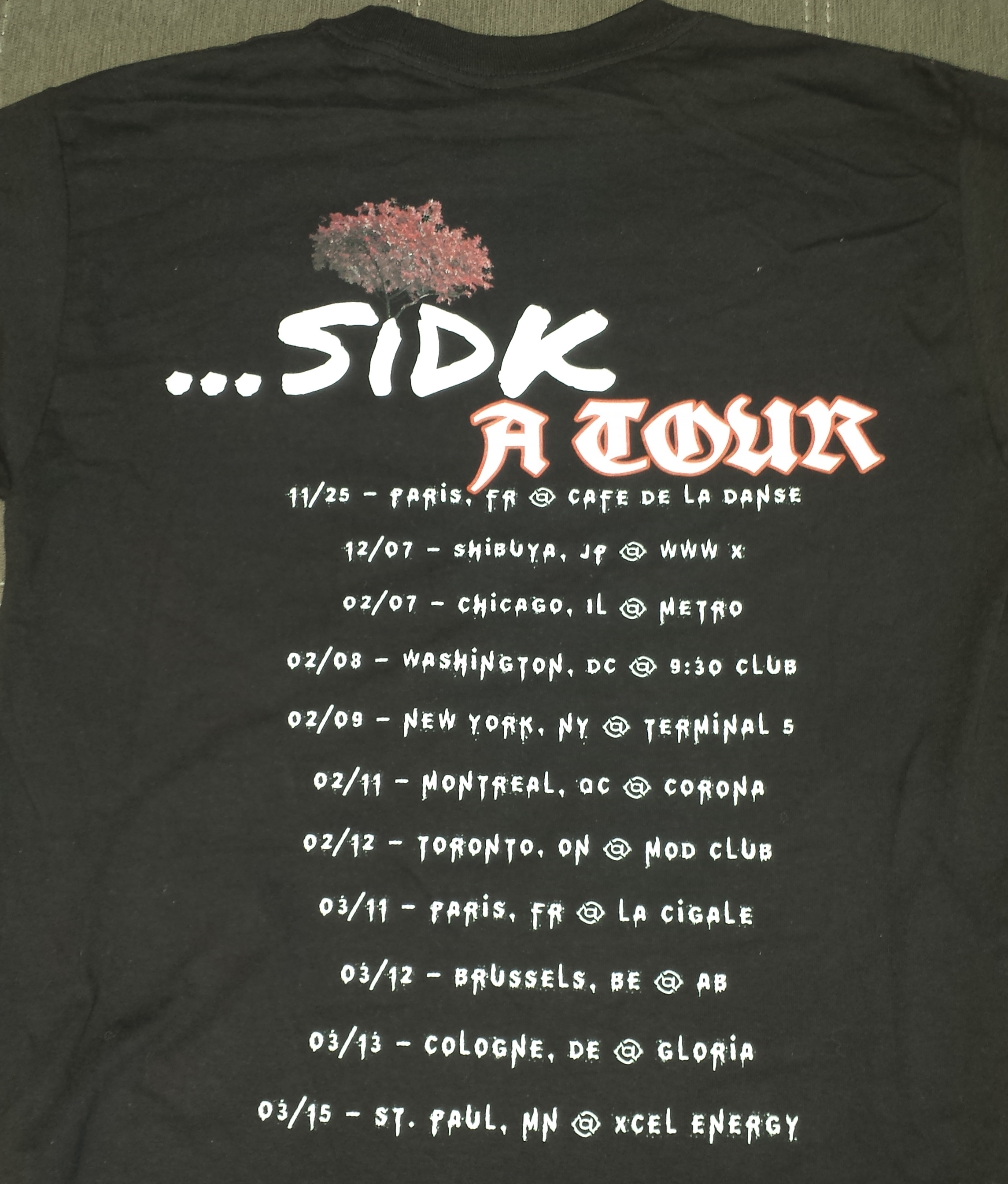 I then learned Keem designed the shirt himself and that it was part of a collection of SIDK gear he sold online. I felt like I needed that shirt, like it was the most stylish reminder that stuff from our childhood is actually old shit now.

For about a year I’d see him on and off, a friend of my college friends that would come around every so often to hang. Then he and my guy Abeye became roommates, making him way more present to me than he used to be. After busting him in 2K—I think we split the series, but I dubbed him once—and casual hookah sessions, I got tired of the lingering intrigue. I had to peep the rest of what SIDK had to offer.

The site is simple, but full of character. Again, designed by Keem himself. The scribbled, Monster energy-colored font, lil ‘skeleton animations and LORDFUBU theme music created the grown-ass kid feel I got from the O-DUB shirt. I hit the shop and admired the other shirt being offered, a white-T with the image of a Windows 98-lookin’ desktop, as well as the surprisingly clean dad hats.

Pushing the cool kid nostalgia further, one of the hats even had a memorial for the passing of the OG torrenting site Limewire. Too real.

After linking up with Abeye and Keem on a business trip to St. Paul a couple weeks back, I decided it was time to support the homie’s creativity. I’m now the proud owner of my very own O-DUB shirt, and was gifted with the PC shirt and two dad hats, including the Limewire one.

You prolly won’t get the homie discount that I got, but SIDK’s merch is definitely worth a purchase or two. The man behind it is on his grind, and I for sure know you or someone you know is a 90s kid looking for a slick way to rep yesterday’s pop culture.

*insert corny two-part joke where I ask a question and answer, “Shiiit…IDK.”*

Here’s to a young Black man’s entrepreneurship, especially coming out of the upper Midwest. Hopefully, creatives in the Twin Cities don’t have to exist in self-imposed silos for much longer. Consider this a step toward changing that culture.

For more looks and info ’bout the SIDK brand, peep the website here! Thanks for reading.