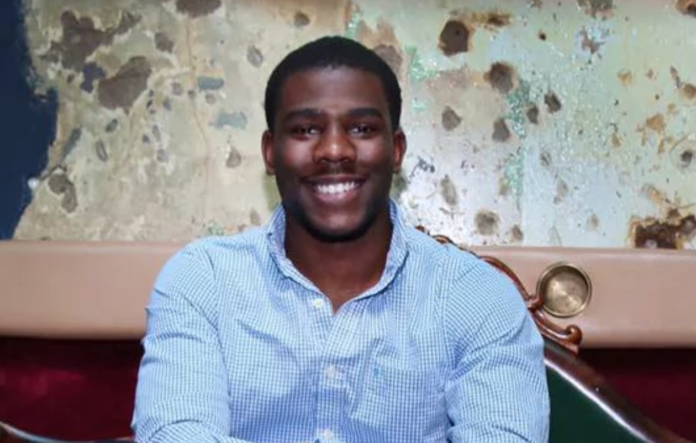 In a Donald Glover-esque way, Omaha-based producer Classic MxMillon sees his Blackness as the great variable in the algorithm of his own existence. Back when MxMillon was just James to me, I watched him sink under the weight of the dense, murky thoughts he had about this algorithm. He knew his cultural DNA and relationship to society couldn’t be fully explained by PC tweets and popular pro-Black sentiment, but he didn’t know how to really express himself. Now, he channels that complex energy into what he calls “soundstories,” a concept he’s beautifully brought to life in the latest release under his Classic Entertainment imprint, a 14-track project titled Black;Madder.

Listen to Black;Madder here as you read Classic MxMillon explain the inspiration behind his dive into “the sacred and hidden vibrations of the self.”

The Sounds of True Darkness. Of Human Nature and What Is Unknown. Step Into The Dark Place. This Is Black;Madder. 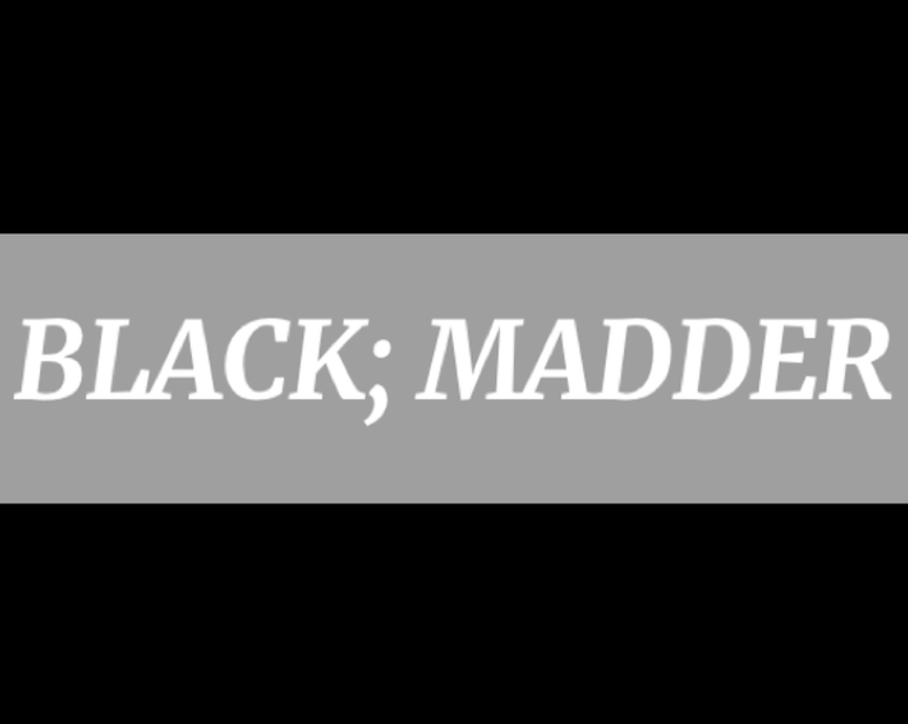 Black;Madder is a sonic tale of the emotional chemistry that defines who I have become in the last two years. As if I had awoken from a dream, through meditation, creative expansion and a long-needed soul search, I began to realize how far I had been from my true essence and culture. Feeling as if I had been falling short of the revered musicians of my cultural background.

In this expansion and inner exploration, the word ‘culture’ and the word ‘black’ began to spread out of conjunction, into a square. As two points that had to meet somewhere in the middle. It wasn’t that I wasn’t part of my own community, but that I wasn’t expressing it in a truly original way. I was afraid to be different to some degree. Though I undoubtedly identify with my skin as well as my artistic choosings and muses, I always felt that there was more within myself to be tapped into.

These visions, the craft, and my movement were all pointing in the same direction. I knew this was the becoming that would help me see I am the tool shaping and molding with ivory ink. For so long I felt as if my creativity was being stifled, brought to a crashing halt on pace to become…nothing. Seeing now how my blackness is connected to more than my self-identity and physical body, I realized the state of this darkness. The energy held within, vibrating at the most subsonic frequencies. Not visually or ideologically dark, but darker shades and hues of the sonic soundscape. The sacred and hidden vibrations of the self.

This blackness was vibrant and alive. Full of energy. Full of frequencies that weren’t going to be easily captured or arranged by my somewhat prudent and selective mind. However, each soundstory vision began from its simplest tone. A precise and technical yet minimal approach. Letting every space feel itself out.

The development of these soundstories became whole when I sat and listened to the entire album. Getting a chance to connect with the vibrations of each stories I told. They were all on the same train, just at the most vivid stops! These energies formed vibrations that were much “Madder” than any muse I felt myself aligning with.

My true gifts of rhythm and cadence began to fit perfectly into each melodic gathering. It wasn’t only that I had found a great way to put together my sounds, but that I felt I told an entire story, over so many moods and seasons of myself. The true bridging from my creativity and the physical world coming out. Joining at the square. The sense of being highly in tune with lower frequency language was born. The idea that I could communicate the relentless beating that I felt and heard in my mind inspired each story itself.

Through my creative growth and soul-searching, I have found a rock to stand on. I believe deeply in the spirits of people who create, those who have an undying passion to speak their deepest truth and convictions. Of course I have come to evolve as a musician, but I still learn everyday how to express emotion in its many colored and transitionary states.

This album helped me get out how I feel about my people. Black People. Our built-up emotions toward one another and the outer world. A fusion that is of a highly reactive state. I call this state Black;Madder, derived from the idea that Black folk hold the BLACK MATTER.

I have always had an interest in speaking aloud for my people and taking in the responsibility of building a stable foundation of self to show others how to sit stable and firm on their make. There are so many distinct people in this culture of people suppressed. Warriors, oracles, rulers, generals, diplomats, and scholars. We all have our song and our frequency, but it is as if this entire orchestration has no output into our physical reality.

Personally, I have grown so much in the processes and practices of yoga and the teachings of the ancient people’s KMT (Ancient Egypt). My journey has led me to the door of the source of these creations. Our holiest and highest ancestors. The tales of time and tradition locked away not in the tombs, but rather our spirits and that their prescience in hieroglyphic and architectural tales is their ode to us. This is where I draw the inspiration to stay driven and grow with a purpose.

The ideas and expressions changed along with the progression of the music over the course of several months. Some tracks reach as far back as 2015. I wanted each track to have its own voice since most have no vocals, which is why I call them sound stories.

Soundtrack inspired for Kanye West, a gospel choir, and by the famous line, ”The revolution will not be televised.” The opening to the sound story album. The gates.

A variation of a series of Rock inspired tunes that pay tribute to the contributions of blackness in today’s commercial rock and metal.

A sonic visualization of the puma chasing an animal of pray in its native habitat. The natural allegory of life and death, in its beautiful MUSE-ical mystic dance. The gnawing and gnashing that ensues victory. The soft murmur of life living the prey.

Keep your eyes open. And your mouth closed. Staying low key on the creep to success. Keeping the secrets out of the air and staying focused on being focused.

The sounds of illusions in a cemented reality. The sounds of temptation and misbehavior. Success by dubious means.

Inspired by self. The uniqueness and straightforward nature of my music and my idea of an unstable sonic scape.

Inspired by my position as a musician and how my inner skills came to manifest outside of my body and who I am. But, all of the sounds found me. Because I never knew where or who they were. Only where they had come from.

A sound of inspiration for all of the dark ones afraid to speak beyond their mind and for those speaker with no platform. We aren’t silent. We are soft spoken.

Natuatk peewees of self, all of the dark people of the planet are equipped with the ability to withstand stress and flex. The classic story of rags to riches, from whipping to washing dishes. The sounds of the mental and external shootouts in ideology and prosperity amongst the “elites” and the Royals [Blacks]

The nigga moment that ensues after the gaining of abundant material resources and material wealth.

The sounds of the black ones marching through the night and taking in the spirit, uniting them in spirit and purpose.

Inspired by the scene in “Straight Outta Compton” when Dr. Dre terminated his relationship with Suge Knight.

A tribute to the stress of Chiraq. Originally titled, “The Struggle.” Renamed to U-Noticed.

To learn more about Classic MxMillon, collaborate with, or support Classic Entertainment, peep their website!