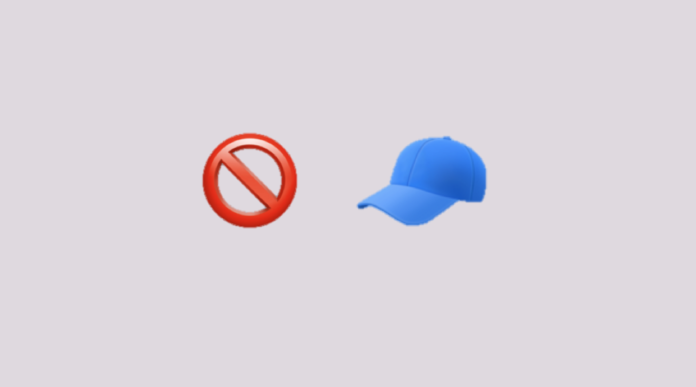 “Cappin” is already too popular and annoying. I’ll log off of Twitter for a week the next time I see the damn emojis pictured above as a quoted tweet…NO CAP.

Since, as Lil Baby said, “they get the swag from Atlanta and run off,” you might be surprised to know the first time I heard the term “cappin” as non-gun-related slang was actually Chicago native Chief Keef’s highly anticipated Bang 3 project:

The whole joint is an ode to Keef’s late friend and GBE affiliate Capo, murdered in 2015. It also uses the term “cappin” in a different way from the current ATL-influenced use of the term. In the song “Cappin,” Sosa actually refers to himself as the one that is cappin:

Hundred dollar bills and I’m Ridin’ In that nasty

This is one of the Bang 3 joints I had on repeat. It’s why I’m writing this article. If a rapper in 2015 was proudly cappin, then there have to be listeners out there who agree it isn’t a negative term. So who came up with it?

After getting past the more trendy “What does cappin mean?” and “Atlanta rapper explains cappin” content on Google, I found this tweet from @balenciaglo on native Chicago slang that became a pretty good discussion with users from the Midwest and the South peacefully weighing in.

@balenciaglo tracks cappin back to the same event that inspired Chief Keef’s “Cappin.”

While most of that is true, it doesn’t invalidate the claims of people from Atlanta and, sneaking into the conversation, Florida:

No cap, cappin is a Florida term. Don’t let these rappers confuse y’all lmao. Niggas was in the 4th grade saying stop cappin

The stubbornness of everyone involved in Twitter’s “cappin” debates—saw someone from OHIO lay the state’s claim to the word—reminds me of a recent experience I had on IG. In his story, a friend of mine polled his followers for answers to the following question: Do you pronounce p-i-z-z-a as “Pee-sa” or “Peet-sa”?

Once this hooligan got the inevitable answers (overwhelmingly “Peet-sa”), he then posted a pic of himself with the caption (paraphrased), “Y’all goofy asl. It’s pee-sa idc.”

My point? Once people of “the culture” (i.e. people who strongly identify with their race/class struggles and subscribe to much of hip-hop culture) decide a term’s meaning and usage, it is what it is to them. Clearly, the narrative of “cappin” is different depending on where you’re at and who you’re with. Chicagoans can’t avoid the dominance of the South’s version of “cappin” these days, but two Chicago niggas using the term amongst each other might still uphold their understanding of it.

Confusing? Maybe. But beautiful. Speakers of American slang and AAVE (related but different things) have a way of deciding what a word means, where those meanings apply, and who can use certain words without any formalized process like an annual dictionary review.

Not even Google’s greatest algorithm can successfully keep up with “the culture” because it changes as soon as it is figured out. It is a body of people, feelings, ideas, and a way of looking at the world that becomes whatever it needs to be in order to support people who can’t wholly survive in “the way things are.” So, when you have overlap like this where people of the culture can’t really pinpoint the start of some cultural innovation, it’s frustrating yet okay. Chicago niggas gon’ say “cappin” how they’ve been saying it, Atlanta niggas gon’ say it how they’ve been saying it, and once Wendy’s, Kamala Harris, or another lame institutional figure publicly uses the term, it’ll wither, die, and fertilize the soil for a new term to grow.

Thank you for coming to my TED Talk.

UPDATE 2/14/2019: There’s a huge KanyeToThe forum that includes Texas as an early hub for the term “cappin.” Also, while some stress a difference between “cappin” and “no cap,” both phrases are used in the mainstream to qualify the truth of a statement. Again, where you at when you say these words matters more.

Furthermore, looks like the same conclusion is reached in the forum: the origin is debatable, but Atlanta rappers just made the shit cool for everyone to say *shrugs*