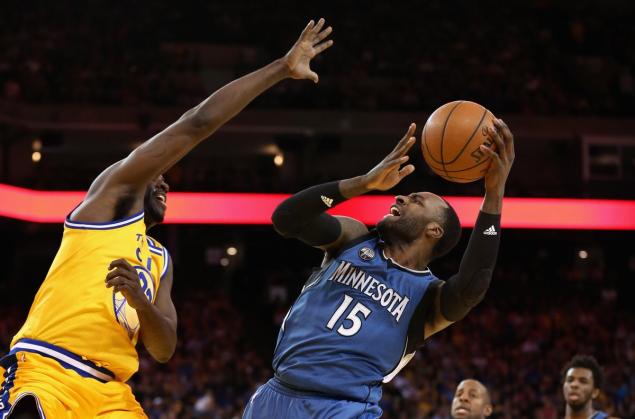 There are four games left in the NBA regular season. If the Lakers beating the Warriors wasn’t stunning enough a month ago, the Timberwolves beating them last night was absolutely frustrating.

Why are all these weak ass teams trying to rain on the Warriors parade now? Y’all couldn’t find that inspiration in November?

I get it, it’s professional basketball. No one in the league is trying to step aside when a player or a team is on the verge of accomplishing something great. It wouldn’t be a feat without the challenge.

But I’m tired of hearing about the ’96 Bulls.

I’m tired of pretending speculation about a hypothetical Jordan-LeBron one-on-one or a Warriors-Bulls playoff series means anything. Even if Scottie Pippen said the Warriors could beat them in a series (which he certainly didn’t), so?!

Much of sports media coverage is about what was great or what could be great. It’s not often that era-defining runs of greatness are in the here and now. And when they are, I can’t help but get behind it.

Say what you want about the New England Patriots franchise, but I gladly put my mediocre team’s well-being aside to root for that 2007-2008 squad to go undefeated.

I love seeing people and groups achieve at the highest level. And when a team or an athlete is doing so well that you can’t help but watch, don’t you want to just watch?

There’s something transcendent about Curry’s performance this year. There’s something special in the way the Golden State Warriors play basketball. What’s considered nontraditional can slowly become a new tradition after their display. A tradition of power forwards who shoot 3s and dime like point guards. Of sharp-shooters who don’t need second-chance points.

But really, when a player is as convinced of the Warriors’ magic as Andrew Bogut was in this clip, why bother trying to oppose it?

I just want to bear witness. I want to root for humans doing things never done before. If I were on the brink of breaking a record, I know I would want as many people as possible to encourage it. To make it feel like it matters.

I want persistence and consistency to be rewarded, to be deemed important in the public eye. I want to see deserving players and teams cement their places in history.

And I don’t like the thought of the Timberwolves or the scrub-ass Lakers contributing to fuck that up.