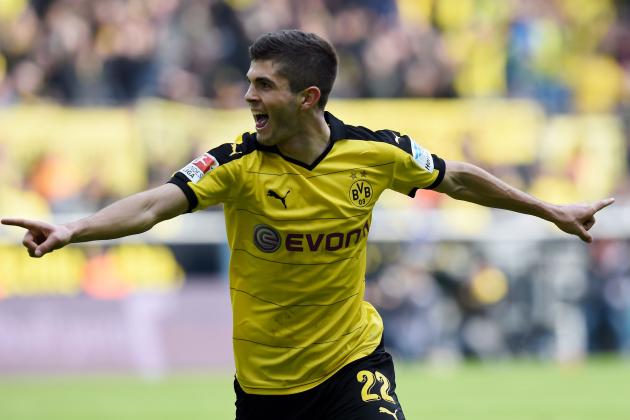 Christian Pulisic came up with the assist that led to German football club Borussia Dortmund drawing with Real Madrid in their recent group stage game of the UEFA Champions League. Pulisic is an 18-year-old American.

If the MLS’ growth and the 2014 World Cup didn’t do it for American sports fans, the shining potential of Christian Pulisic should drag them kicking and screaming into the global realm of football.

Pulisic isn’t the first American soccer player to make a name for himself in Europe. Tim Howard had a great career at Everton, and Julian Green is currently on the German powerhouse Bayern Munich’s first team. But even if we don’t consider his great potential, the impact Pulisic is having in Dortmund right now is the most exciting impact an American soccer player has ever had overseas.

The hype surrounding Pulisic is already a bit much. It’s a strong reach to say he’s “too good to be underhyped,” but it’s not often the United States are represented well on football’s world stage. Another U.S youth player succeeding away from home is Gedion Zelalem. He belongs to Arsenal, but was loaned out to Scottish side Rangers FC last year. This proved to be positive for his development, and his breakthrough in the Premier League is due soon.

The bubbling trend of American youth going to big European football leagues is exciting. Even if a significant amount of American talent permanently goes abroad, the nation’s integration into international club football is a plus for the sport and American sports culture. Also, with the MLS’ audience growing domestically and abroad, perhaps U.S youth can develop overseas and come back to raise the average quality of MLS clubs. Though the dynamics are different, this is much like the trend of NBA prospects—most notably Brandon Jennings—playing abroad before trying to crack into the league.

I know we love our NFL Sundays. But football on Saturdays, Sundays, Tuesdays, and Wednesdays across Europe might soon have more importance in the lives of American sports fans.