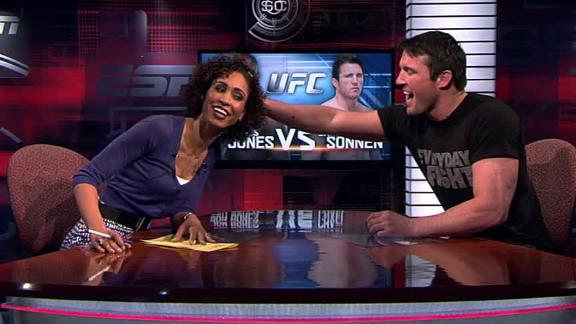 After ESPN anchor Sage Steele criticized wide receiver Mike Evans for his Veteran’s Day national anthem protest, much of Black Twitter yanked her curly-headed image through the mud. Steele isn’t the first prominent Black person to have their Black identity attacked for expressing an opinion deemed detrimental to the Black community:

A musician, tv personality, former child acting star, and an athlete. I feel like at least one prominent Black person in virtually every sector of society has disappointed Black Americans with their social/racial views. Shit, Ben Carson. Kanye West. Okay I’ll stop.

Though the celebrities mentioned definitely deserved criticism, to critique someone’s racial identity for having different beliefs is tricky.

Race and class went hand-in-hand both socially and legally for more than 300 years in the United States. The further back in American history you go, the less diverse the Black experience was. For instance, virtually all Black people during the roughly 240 years of slavery could attest to its cruelty. These circumstances make exceptions like the stereotypical “house nigga” infuriating. An enslaved Black American might ask themselves, “How, as someone who shares my primary identity, can he feel so differently about this system? How can he buy into what is hurting his community?”

Racial equity in wealth, income, and representation is far from being achieved. But the Black experience in America has also never been more diverse. With interracial relationships steadily growing, and more Black figures in high-level positions in publicly visible fields like media, art, and politics, the perspectives Black people have on race relations in America are not one in the same.

Back to Sage Steele. The criticism of her opinion bothered Steele enough to prompt a lengthy Facebook response concerning her perspective as a biracial, specifically Black and White, American. Here is a trimmed version of the post:

As a self-proclaimed, proud bi-racial woman — my father is black and my mother is white — the word “diversity” is fascinating. These days, I call it “the D word”. Why? Because everyone likes to say it. At work, at home, at the podium, at colleges and universities. Diversity. EMBRACE DIVERSITY! Fortunately, millions of Americans of all races, religions and cultures do just that. But, how many of us actually mean it? Specifically, how many people of color actually mean it?

My mother is a perfect example. Raised by an Irish father and an Italian mother in a small Massachusetts town, she went against her parents’ wishes and married the black man she fell in love with. What she dealt with fresh off of the tumultuous civil rights era was horrific in so many ways — which is one of many reasons why she is the strongest, bravest woman I know. So, instead of rolling your eyes at my black father for “selling out”, shouldn’t you be praising my white mother for following her color-blind heart and not succumbing to the pressures of American society back then? Apparently not. How about now, more than 4 decades later? Instead of giving me those all-knowing looks of disgust and calling me a sell-out when you see pictures of me with my white husband, or see me with my very light-skinned bi-racial children, shouldn’t you be praising that “white boy” from Indiana who followed his color-blind heart and married into a bi-racial culture completely different from his own, to help create a beautiful, color-blind family? Apparently not. Sadly, the list goes on and on, seeping into just about every social and political issue.

Instead of praising or uplifting each other, way too many people of color choose to tear down, mock and spew hatred at other blacks who feel differently, think differently, or make decisions that are different from theirs. That, my friends, is hypocrisy at its best. Or should I say, its hypocrisy at its worst. Here’s the thing:

You don’t get a hall-pass just because you’re a minority. Racism is racism, no matter what color your skin is. So when you call me a sell-out, or a coon, or an Uncle Tom, or any other derogatory term to let me know that you disagree with me, you lose every ounce of credibility with those whom you deem racist at the drop of a hat. Does racism against African-Americans/people of color exist? Of course! It disgusts me more than anyone knows and as far as we have come, there is still such a long way to go. I have personally felt it on too many occasions to count, and I will continue to fight it for me, my family and everyone else out there who truly does believe in diversity. But the fact that so many of us actually have to fight back against other within our own race, is incomprehensible and frankly, it’s pathetic.

Encouraging White people to have genuine, knowledgable relationships with other racial groups is necessary to improve race relations in the United States. However, “praising” these White people with “color-blind hearts” is problematic. Left unchecked, it suggests people of color should be grateful for White people who are comfortable enough to interracially date as if they’re exceptionally loving or kind. A White person’s work against racism doesn’t end at marrying a Black person.

I strongly disagree with Sage Steele’s thoughts on Mike Evans and White people in interracial relationships. But she is not anti-Black. And even if she was, I have no right to tell her she isn’t Black.

Even if the opinions some Black people have are drenched in Massah’s abuse, or are simply misguided, alienating Black people from the community isn’t dealing with the problem. From my vantage point, it seems to add to the polarized us-them relationship Black America has with White America. But instead of the color of your skin, the polarization is in attitudes and beliefs. “White” and “Black” stances. To critics, an opinion that seems at all in opposition to Black people calls your Blackness into question.

Elle of Black Girl with Long Hair said it best in her article on the backlash Steele has received.

It’s not about having a disagreement with what they say or what they do, it’s attacking their status as a black person. Instead of critiquing their action, their blackness is critiqued. This is inherently problematic because black people are not monolithic, and we should not be expected to act and think as such.

I’m all for going in on Sage Steele’s statements. I’m not at all here to shun her for sharing them.