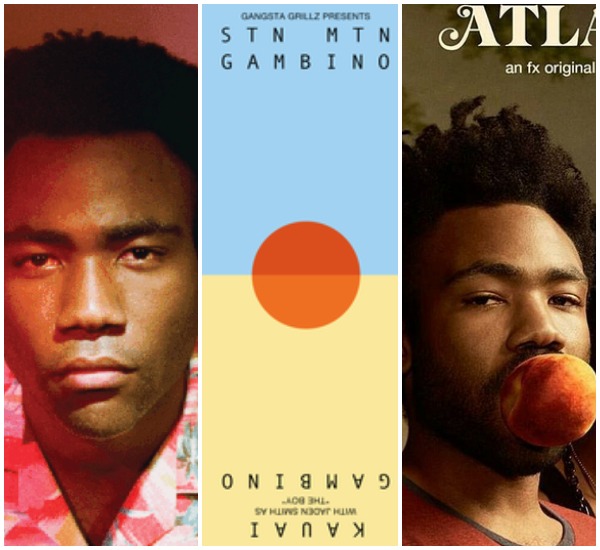 Hip-hop culture’s most prominent creatives tend to have running themes throughout their work. Kanye West’s music and video projects are commentaries on the limitations of fame and Blackness on an individual’s life. Drake has volumes on identity issues, family, romantic relationships, and the effects of fame on all of that. But much like these cultural giants, Donald Glover, doubling as Childish Gambino, has silently put together a very thorough portfolio of themed work culminating in his most popular work to date: the FX show Atlanta.

It’s about a rapper and his cousin trying to climb the music industry from the bottom up. It’s about how diverse Black people really are. It’s about how millennials in the professional world all leech off of each other’s status trying to gain their own status, only to end up watching someone with real status buy out all the liquor in the club so you can’t even drink your disappointment away.

Atlanta is Childish Gambino’s major musical themes packaged in Donald Glover’s awkward but honest television work. Comb through STN MTN/Kauai, or Because the Internet, and I guarantee you can find a line for every funny and/or fucked-up thing that happens in Atlanta.

This is most evident in the opening track of STN MTN, a three-part joint beginning with the intro ‘Dream’. “I had a dream I ran Atlanta…” is uttered in a distant, dream-like voice, and Gambino runs through a list of aspirations he has for himself, as well as some oddly specific wishes to make Atlanta a better place. This includes bringing some of Atlanta’s old hip-hop radio programs to come back, firing all of the police officers in Cobb County, and being the hottest rapper in the A.

Some of the song snippets played in ‘Dream’ are also found in the Atlanta soundtrack. For instance, the song ‘Elevators’ by OutKast is played briefly during the ‘Dream’ monologue. It is also the last song played on Season 1, featured in the surprisingly sad scene where we find out Earnest has been living in a storage unit. 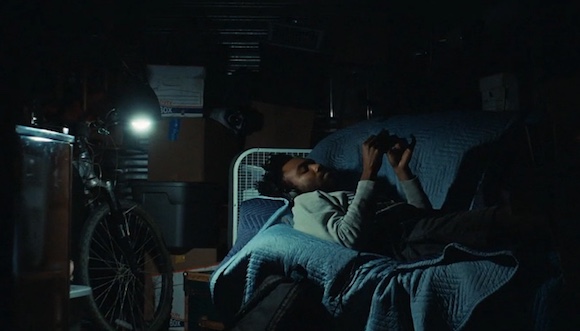 That track then fades into ‘Southern Hospitality’, a remix of Ludacris’ Back For the First Time track where DJ Drama shouts his praise for Childish Gambino in a fictitious world where he went 10x platinum with an actual “Roscoe’s Westsuit” album, and earned a petition to get his face carved into his hometown landmark Stone Mountain. In other words, what it would look like if the ‘Dream’ from the track previous was realized.

Gambino in ‘Dream’ is Earnest. Atlanta in many ways is the visual representation of how ‘Dream’ sounded. And I’m not the only one who noticed—summaries from Mic and Washington Post describe Atlanta‘s presentation as “surreal,” “a vivid dream,” and, “a hazy dream”—but I am the only one telling you that Donald Glover has been trying to communicate this dream to us long before Atlanta. This is the most honest Gambino has ever been about his view of himself, hip-hop, and his home. It’s deeply personal, but we can all relate to it.

So back to Atlanta. Donald Glover’s perspective on life as communicated through the show isn’t shared by many. But it’s making him the most culturally relevant he has ever been.

Donald Glover’s screenwriting, comedy, and music have all been made on the basis of his weird but unique existence. He doesn’t see things like most of us do. And for a straight Black male, this nigga is off in most people’s eyes. But it’s the struggle to be noticed, the struggle to make it and be unique in a world filled with finessers and simple-yet-way-more-likeable people that has gotten people hooked on Donald Glover’s work.

The ending of the Because the Internet track ‘Worldstar’ frequently pops up in my head when watching Atlanta. It starts as an accurate, comedic description of the infamous WorldStarHipHop platform. But toward the end, the message becomes commentary about how everyone in the age of the Internet just wants to be noticed. And since the technology is so widely available (because the Internet!), the Internet is a scramble for exposure.

You hear, “We all wanna be a (Woooorldstar, woooorldstar),” toward the end. It sounds distant and dream-like in the way ‘Dream’ sounded. You then realize the song is about a lot more than fight compilations and shootings.

‘Worldstar’ is the entire story of the one video blogger who trolled Paper Boi for views. It’s the story of the single mother who turned into a groupie after realizing Paper Boi had a hit single. It’s Paper Boi’s beef with the Black Justin Bieber. His jealousy of Marcus Miles at the club. All of that shit falls under the same common desire: To be what’s poppin’. ‘Cause you do what you want when you’re poppin’. And the thirst for it, as well as the opportunity to achieve it, has never been more shared than in today’s world.

The city of Atlanta is the center for all of these generational pop culture trends. Throw in piercing commentary on today’s major social issues, and you have the most accurate snapshot of today’s America on television. It’s strange, and it comes at you like a crazy dream. But frankly, 2016 in the United States is a crazy dream. A reality tv star president, a national obsession with a dead gorilla, you name it.

Only a dreamer can capture our culture in full without simplifying the messy intersections of race, class, sexuality, and hip-hop. Only someone who’s perspective is already surreal can make sense of our surreal time. I’m glad Donald Glover dreamed.