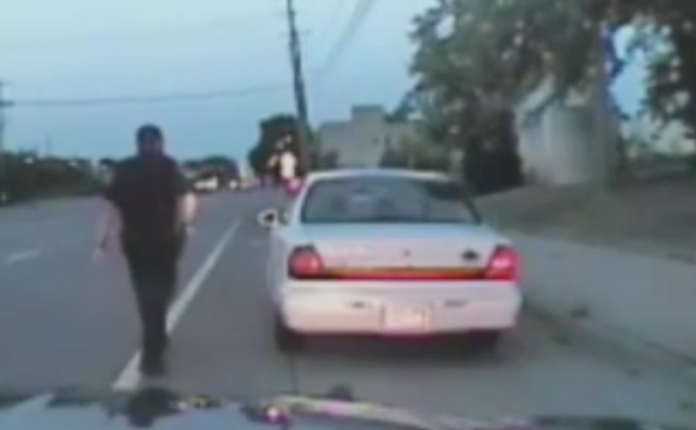 The release of the dash cam footage of Philando Castile’s murder after his killer was acquitted is a form of psychological warfare.

For years, we the people have asked for better transparency from law enforcement in cases of police brutality. I understand the desire to have all the evidence on the table to make an educated judgment of a case and determine if the verdict was fair. I understand there are folks who believe it is good for this evidence to be made public to “wake people up” and evoke a rage that may bring more “allies” to the movement. Still, I believe that making this footage available is an act of psychological warfare.

If I spend about fifteen minutes scrolling through Facebook, I may encounter the video of Philando’s murder a dozen times. Some people just share the video while others post paragraphs of their outrage and shock. Regardless of the accompanying text, this video and videos like it are wedged neatly between photos of babies doing cute baby things and cats predictably hating their human owners. People react using the thumbs up, sad face, angry face, or other reaction emoji tools on Facebook the same way they react to the post about their friend’s favorite Grey’s Anatomy character dying last week.

Basically, the shit is made to feel routine AF.

What do we need this dash cam footage for, really? Did we not know Yanez was guilty last year when we saw the Facebook live footage? Were we not convinced when we had the image of his blood soaked body desperately trying to hold on to life seared into our memory? These new videos being released do nothing except rub our noses in the fact that this man got away with murdering someone he feared purely based on the color of his skin.

And let us not ignore the real victory of this for law enforcement. Philando was killed by another person of color. Now it’s more than just the White officers who fear for their lives at the sight of a Black man. They were kind enough to even include the portion of the video when Yanez tells his colleague how scared he was and how fast it all happened.

Watching this video over and over does not get us a new verdict. It does not bring Philando back. And now, we’ve made it so normal, that it doesn’t even bring new allies into the fold. In fact, it barely sparks offline conversation. I have not talked about this at my job, with my friends, or with my family. People deadass watch a video of a Black man being shot, click the sad emoji reaction, and scroll on to the next post and the rest of their day…if they’re not Black.

A Black person scrolling through Facebook is forced to reckon with the fact that a video of a Black man being killed is just as fucking normal to our world as a video of a cat who hates its owner. Think about that, please. This footage being released now is figuratively grabbing Black folks by the back of the neck, smashing their face into the pavement, and making them watch just how racist and defunct our criminal justice system is over and over and over again. The message is, “We will kill you, and there’s nothing you can do to stop us.” The rage and hopelessness I feel is overwhelming.

I am fighting to keep myself hopeful. I am fighting to remind myself that watching lynchings online is no different than gathering around a tree to watch in Mississippi. I am trying to battle against the psychological trauma of this shit being in my face everywhere I turn. Not to mention trying to survive in casually racist Minnesota—a place where you can be the token cool Black friend in one group and a threat to society in another.

To be frank, I don’t know the best way to keep folks informed without inflicting this psychological trauma on people of color. All I know is this feels like a war on my very being, and if these videos are a weapon in that war, we are the ones sustaining the casualties. They hurt us far more than they hurt the other side. So…I’m done sharing them. I refuse to be another weapon for the enemy and ultimately participating in my own demise. Fuck that.

We have to save our strength, be smart, and stay hopeful. We are a resilient and beautiful people. These videos are not the way to take care of each other.

In solidarity and with love,