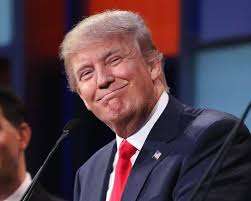 As we freak out about a reality TV show businessman winning the United States’ 2016 election, let’s consider what presidential elections look like in other countries. The two-party system, for all of its frustrating qualities, offers Americans a level of stability and predictability that not even Western European countries have. So while it makes sense for Americans to be freaking out about the absurdity of this election, perhaps they’ll find some solace in hearing the fucked-up stories of other nations’ recent presidential drama.

In the 2013 Venezuelan presidential election, Hugo Chavez’s chosen successor Nicolás Maduro performed an original rap song calling his opponent a bourgeoisie shit. He also mocked his opponent’s masculinity, calling him a “little princess”, and teased him for what he considered gay tendencies. Oh, and he won the election…yeah.

Maduro has since gone on to claim the United States, Colombia, and Spain are waging psychological warfare against Venezuela, as well as threatening to jail “bourgeois parasites” from foreign corporations.

Henrique Capriles, his opponent, called Maduro “Satan”, and demanded multiple vote audits after losing the election out of fear that the system was rigged against him. Does that sound familiar?

In 2010, Brazil elected Dilma Rousseff as their first female president. But two months ago, in the midst of an economy sharply declining, an imploding federal government, and a bribery scandal, Brazil’s Senate impeached Rousseff. Though she had her hands in some dirty shit, even more alarming is the fact that 352 Brazilian members of congress, about 60 percent of them, are under investigation for or charged with corruption. Her second term started in 2014, meaning her replacement Michel Temer will be in office for roughly two years before the next election.

And no, this craziness isn’t limited to South America.

Coupled with the shock that Brexit produced, France could soon join the US and the UK in the move toward isolationist leadership. The 2012 French presidential election saw popular female candidate Marine Le Pen of the Front National party place third behind Sarkozy and Hollande with 17.9 percent of the vote. She’s also running in the 2017 election, and many think she’s received momentum due to Trump’s victory. Her extreme nationalism mirrors Trump’s rhetoric in ways that will make you glad it isn’t just America going through this.

She advocates for an exit from both the euro and the European Union. She also calls for a huge cutdown on legal immigration numbers, as well as “national preference” for French citizens over immigrants and refugees for access to jobs and social services. Let me translate that last line for you: a French presidential candidate wants to openly discriminate against French people who were not born in France. Forget “strict vetting”, if you are a French immigrant, you are second-rate no matter what according to Le Pen’s policies.

These comparisons are not meant to invalidate the concern people have about a Trump presidency. What they’re meant to do is show you that chaos is a normal part of most political landscapes. It was only a matter of time before the true desires of the American public manifested in a wild-card candidate like Donald Trump.

With turmoil comes greater opportunities to leave a lasting impact. While everything is shaken up, more people are given the chance to show how they want to see their world ordered. Keep calm, be an involved citizen, and don’t be afraid of change.