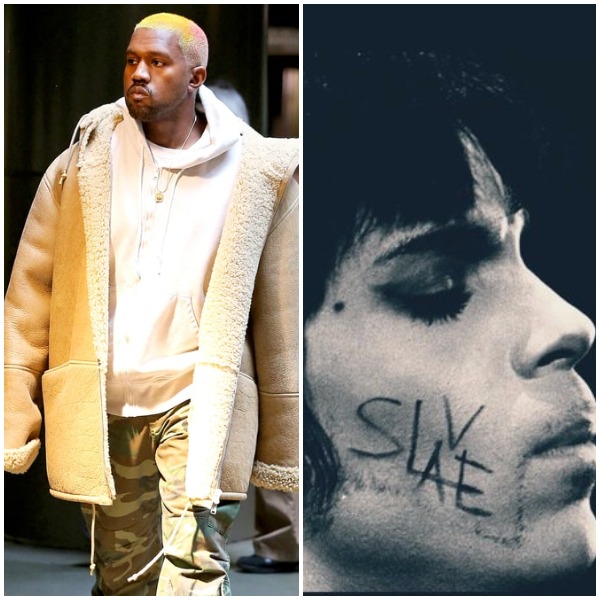 Prince’s trailblazing was exalted upon his death. We loved him for unapologetically being himself. For making the art he wanted to make. For saying what he wanted to say in the face of corporate giants.

But truth be told, people did not love him while he was doing these things. His name-turned-symbol was met with confusion. His more adventurous artistic projects were mocked. The ridicule was at its worst during his battle with Warner Bros, a battle that escalated in 1993 when Warner execs let their impatience with Prince be known. His album sales were suffering, he began infamously performing with the word ‘slave’ on his cheek, and his new name was baffling.

It’s not that he didn’t have new material—this detailed 2011 Vanity Fair piece about Prince’s struggles during that time states that Prince had about 500 unreleased songs. But Prince didn’t want to churn out 5 more albums to get out of his contract. He didn’t want to play some of his older hits. He wanted creative freedom. He wanted to experiment on his terms under his new name, and put new content out beyond the grasp of Warner.

By July 1993, he wanted to release a song as [intentional space here in reference to the Love symbol] on another label. Warner chairman Mo Ostin said no. They could find a way “but they’re afraid of the ripple effect, that everybody would want to do it,” Prince felt.

When Kanye West appeared on The Breakfast Club in 2013 and spoke about the potential his clothing designs have, Charlamagne responded saying, “We don’t care about your designing sneakers and clothes and all that. That means nothing to us.” His Yeezy Season 4 show was called, “a hot mess,” and, “a disaster,” on top of the regular flak he gets for simply talking about his involvement in the clothing industry.

I’m not saying ‘Get Wild’ or the Yeezy Season 4 show deserve praise. But the popular attitudes toward Prince should make us reflect on how we react to Kanye today.

Why do we have to wait until the end of someone’s life to genuinely appreciate their contributions? Why do we have to see Kanye West’s entire story play out to be convinced of his impact when so much of what he’s doing has recently happened to another strange but beloved creative genius? It’s hard (i.e. not cool) to admit you clowned an iconic cultural figure when they were down. But our collective amnesia about how we treated Prince makes it okay to figuratively stone Kanye West every time he does something we don’t understand.

I’d ask why we can’t have a more moderate approach toward culture-shifting celebrities, but Americans don’t do moderate. Frankly, humans don’t do moderate, reasonable, or thoughtful, when someone’s influence has grown so large that the things they say and do directly impact what is okay to say and do in daily life. Even when these enormous game-changing figures make their good intentions clear, we simply don’t want to believe until we have no choice.

Jesus was humiliated, and then beloved. Galileo was called foolish, and now we swear by his work. Prince was too weird to love, and now we’re all charmed by him. So tell me, how conditional is our “love” for Prince, or our “hatred” for Kanye West? Are you going to try and convince me he has nothing in common with Prince, Jesus, or Galileo? Are you still going to bash Kanye every chance you get?

Do what you want, but carefully consider what I’m saying. I know hindsight is 20/20, but how much hindsight do we need before we develop some foresight? When do we begin to realize our reactions to people like Kanye West are rooted in an ancient fears, not rationality? When do we, in the midst of amazing media tech and populist political leaders, start truly thinking for ourselves?