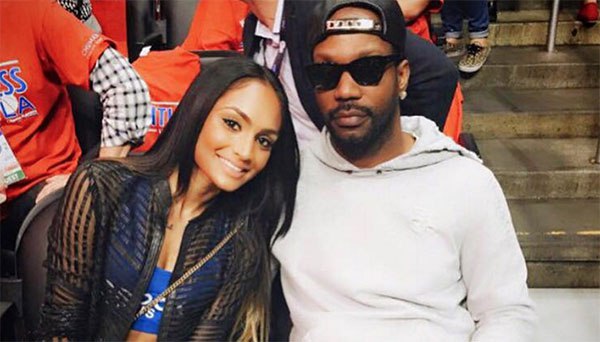 Great! Except what the fuck. Married? Longtime girlfriend? I thought all a nigga do is sip lean and fuck hoes.

I get that he’s in his 40s, and I understand artists don’t have to live their music word-for-word to be considered genuine. But Juicy J and monogamy seem contradictory in the same sentence.

There was a time where an artist’s image could exist without people wondering what the artist was actually like in their daily life. But that was before hip-hop. And hip-hop’s commercial success has only made the image-to-life relationship a more contentious topic than it already is.

Trap music is commercial to the point where Chris Brown can go from A1 R&B nigga to associating with drug dealers and whipping his wrist without criticism.

Gang/clique/squad-related violence is commercial to the point where Drake can talk about gunplay and no one blinks an eye.

These artists aren’t necessarily “fake”. If anything, it’s just a testament to how played out some of hip-hop’s more unique themes have become.

Many trends in hip-hop begin regionally. Before the words ‘trap’ or ‘brick’ became common knowledge amongst hip-hop fans, those words were specific to a certain type of experience.

Fast forward to the track ‘Tuscan Leather’ where Drake says, “Tom Ford Tuscan Leather smelling like a brick.” No, it isn’t weird that he compared his scent to cocaine. Because we all know what that shit means now. We don’t require Drake to have been in the trap to make that line authentic. Kinda like how Father, “Never had to whip a brick,” but he gets the gist in the song ‘Wrist’.

Juicy J being happily married is a great thing. But perhaps his mixtapes aren’t the best place to catch up on his life.

With artists like Drake and Kanye West providing us detailed accounts of their personal lives through music, and artists like Juicy J talking about experiences contradictory to their current lives, maybe artist integrity should be treated case by case. And frankly, that’s okay. I’ll just be really disappointed if I find out Wiz Khalifa has been sober for two years or something.