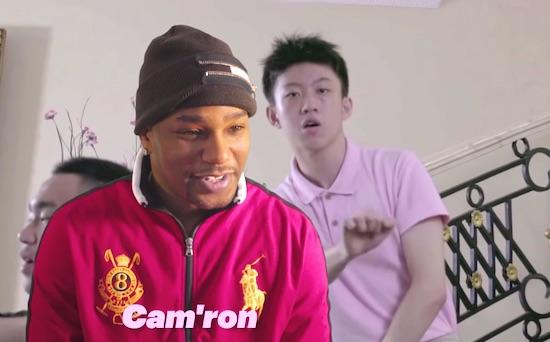 Not too long ago, Nathan Slavik of DJBooth published an article criticizing Rich Chigga’s use of the word ‘nigga’ in the viral song ‘Dat Stick’. He also took aim at the broader phenomenon of non-Black, non-urban youth playing on popular hip-hop themes and going viral for it (i.e. Slim Jesus). A previous article concerning this topic on Across The Culture agrees with Slavik’s criticism.

But that wasn’t Ghostface Killah’s reaction.

In fact, Lanez called the 16-year-old Indonesian kid, “the hardest nigga of all time,” half-jokingly in this video of all the aforementioned hip-hop artists reacting to Chigga’s—real name Brian Imanuel—viral hit ‘Dat Stick’.

Despite the valid backlash, the positive reactions ‘Dat Stick’ received from some of hip-hop’s most notable veterans and up-and-comers is…confusing. It is difficult to account for and cannot be ignored.

The video above was mentioned by Slavik in the aforementioned DJBooth article, but only as the reason for the latest wave of exposure ‘Dat Stick’ has received. Considering how conflicting this video is to any criticism you may have of Rich Chigga, it’s not surprising that Slavik didn’t want to discuss its implications.

It’s fair to be offended by ‘Dat Stick’ as a fan of hip-hop, or a Black American. But when reputable Black American hip-hop artists are seen enjoying what you think is a slap in the face to the culture, then what? Can you stay upset? Do their opinions override your concerns?

Not necessarily. But it adds perspective.

The issues one might have with an Indonesian teenager doing what Brian Imanuel did need to be talked about. But if Cam’ron can acknowledge the comedy of it and admit his flow was tough, why can’t we?

‘Dat Stick’ is another piece of evidence suggesting hip-hop culture can transcend place and race. How else can someone 8,000 miles away from the closest point of the United States be so in tune with the mannerisms, slang, and sound of today’s hip-hop? Without the visual, there’s no way you’d be able to guess where Rich Chigga was from.

There’s a lot to dislike about ‘Dat Stick’. There’s also a lot to enjoy. Somewhere in between wanting to fuck him up for saying ‘nigga’ and begging him to record an LP, I’m sure there’s a vantage point where everyone can see the good and bad of this strange story.

Until we all learn how to meet each other halfway, I’m sure there are thoughts all across the spectrum on this. Share them!