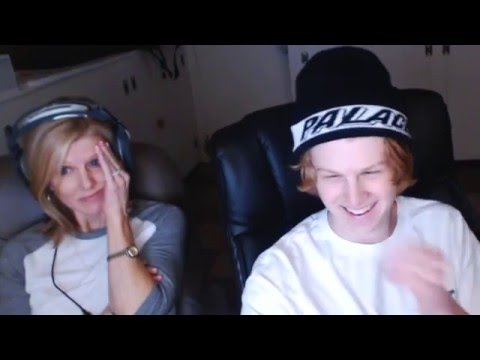 The average White American adult’s understanding of hip-hop culture is significantly behind the culture’s actual status. A White news anchor or television host might still lament about the evils of “gangster rap” these days as if it’s still in the mainstream. But every once in a while, the perspective of a White American in their 30s or 40s is insightful and funny. Mostly funny, but whatever.

Gladly, we have foolish White male teenagers more than willing to hurl street rappers into the face of their mothers with absolutely no context or real intent to educate.

Welcome to the ‘Mom reacts to…’ series brought to you by the YouTube account CUFBOYS. According to a commenter, the kid’s name is Cameron. The purpose of the series is evident in the title: we watch Cameron’s mom react to rappers and hip-hop artists his viewers suggest to him.

Here are a list of observations and quotes from several videos in this series including, ‘Mom reacts to Chance the Rapper’, ‘Kodak Black’, ‘ASAP Rocky’, and ‘Drake’:

I thought these videos were enjoyable. Nothing about Cameron or watching his mom react to 21 Savage is a conclusive statement on White America’s relationship with hip-hop, but it’s a good peek into it.

If you feel inclined to take a look at some more of these videos, other popular videos include reactions to Young Thug, Chief Keef, and Kendrick Lamar.